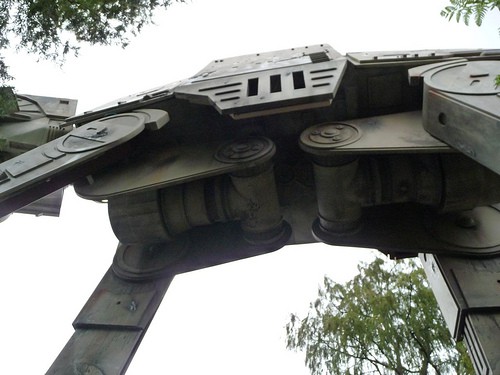 If you are a Star Wars fan you need to make a note of a very important date. May 20th 2011. Not only will the new Star Tours Experience open at both Walt Disney World Florida and Disneyland in California but it will mark the start of the Star Wars Weekends in Disney’s Hollywood Studios in Florida.

Disney has just announced that the annual Star Wars weekends will be take place every Friday, Saturday and Sunday from May 20th to June 12th 2011. These extremely popular weekends feature character appearances, exclusive merchandise, special parade appearance and presentations.

Star Wars fans will be particularly excited to learn that Anthony Daniels who is well known for his portrayal of C3PO in all 6 movies will be attending on May 20th to May 22nd and the following weekend May 27th to 29th. Ashley Eckstein who is the voice of Ahsoka in The Clone Wars will be appearing on each weekend.

Everyone is of course looking forward to the launch of the new Star Tours Experience. George Lucas went to Disneyland California to take a ride on the Starspeeder 100 last weekend. He and Star Wars producer Rick McCallum pronounced the ride to be making great progress. Expect this to be the most popular ride in Magic Kingdom and Disneyland for a long time to come after launch.

Just one wish. Wouldn’t it be great if they brought the Star Wars Weekends to Disneyland California too?

Yes especially but special appearances couldn't be replicated and that would really divide interest in which convention to go too. I wish it would take place in cooler weather instead of on the anniversary though.