Can I Wear A Costume To A Disney Park?

One question that we get asked is can I wear a costume to a Disney park? Of course, we all know that there are many young princesses dressed as their favorite character in the Disney parks.

Can I Wear A Costume To A Disney Park?

Just walk around in the Magic Kingdom and see how many miniature Elsa’s you can see, However,  there are rules for wearing costumes in Disney parks and you can be refused entry if you get it wrong!

Wearing a Costume To Visit A Disney Park General Rules

The general thoughts behind these rules are that Disney doesn’t want anyone to be mistaken for a ‘real’ Disney character, and all costumes have to be tasteful and not likely to offend other guests!

The Disney Website` sets out these clear rules for every day in the Disney parks:

If you visit Disney parks enough times you will see that occasionally someone gets past these rules but mostly guests adhere to these rules anyway, and Cast Members spot those who don’t before they get through the entrance.

These rules do not apply to children who can dress up in whichever Disney costume they want.

Wearing a Costume For A Halloween Party At The Disney Parks

Mickey’s Not So Scary Halloween Party at the Magic Kingdom and Disneyland’s Mickey’s Halloween party do allow exceptions to the general rule and adults can dress as Disney characters.

Be obstructive, offensive or violent.
Drag on the ground.
Contain sharp objects, pointed objects or materials that may accidentally strike another Guest.
Contain any weapons which resemble or could easily be mistaken for an actual weapon.

Masks may be worn, but they must not obstruct vision and eyes must be visible at all times.

Please be sure costumes meet these guidelines. If a costume cannot be modified, a Guest may be refused entry into the event.
Guests who dress like Disney Characters may not pose for pictures or sign autographs.
Guests of all ages may not wear a costume to a Disneyland Resort Halloween event unless they have a valid ticket to that event.

So don’t go posing as Maleficent and start signing autographs unless you want to be shown the way out of the park very quickly.

Have you ever worn a costume in a Disney Park? 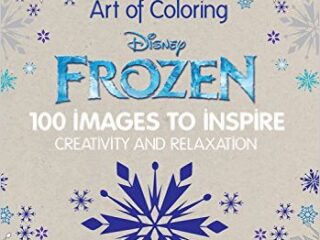