Which are the best Disney Animal Kingdom Rides? Disney’s Animal Kingdom theme park is of course all about the animals but it also has some great rides and attractions.

Here you can find out about the best rides in Disney’s Animal Kingdom and how to make the most of your visit there. 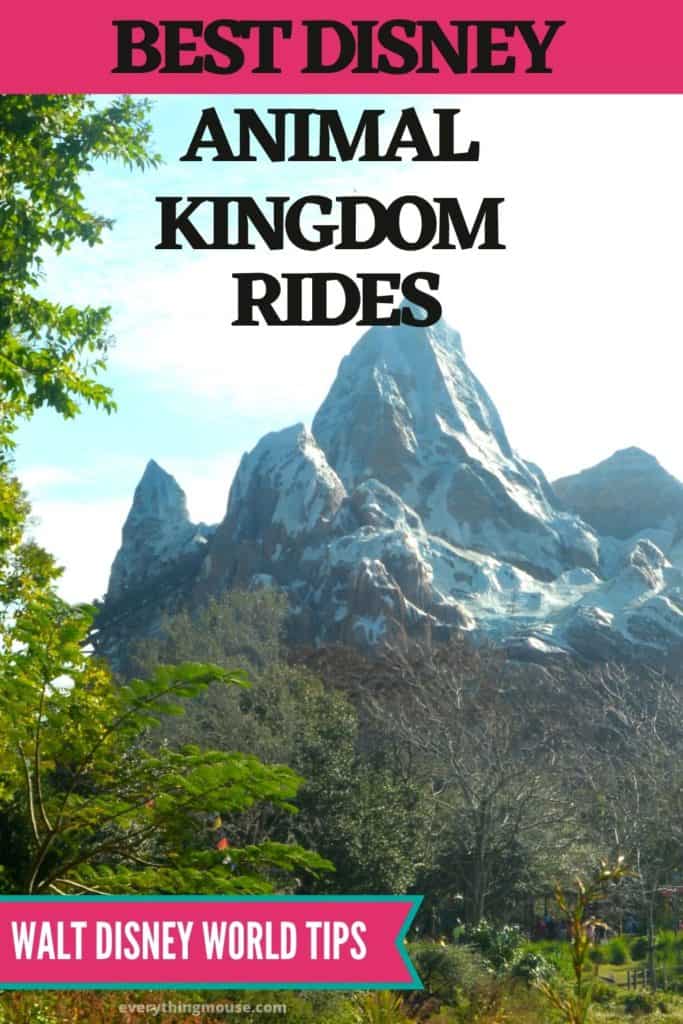 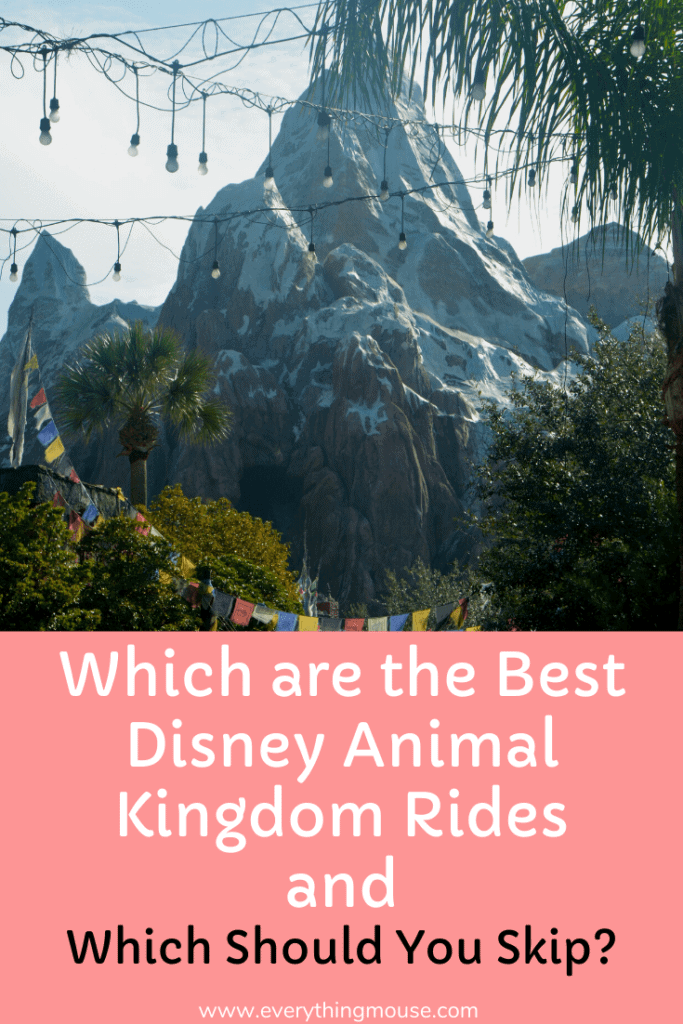 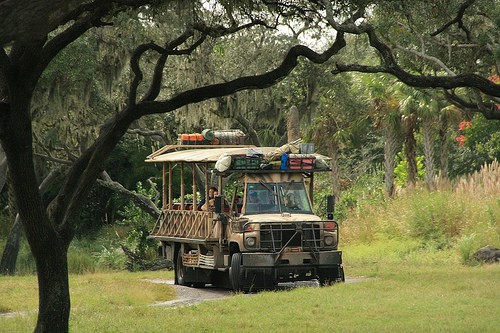 Which of the Disney Animal Kingdom rides is the best? Here we take you on a journey from Asia to Africa.

A place where you will climb a mountain, go on a safari and ride the rapids. Disney’s Animal Kingdom has something for everyone! 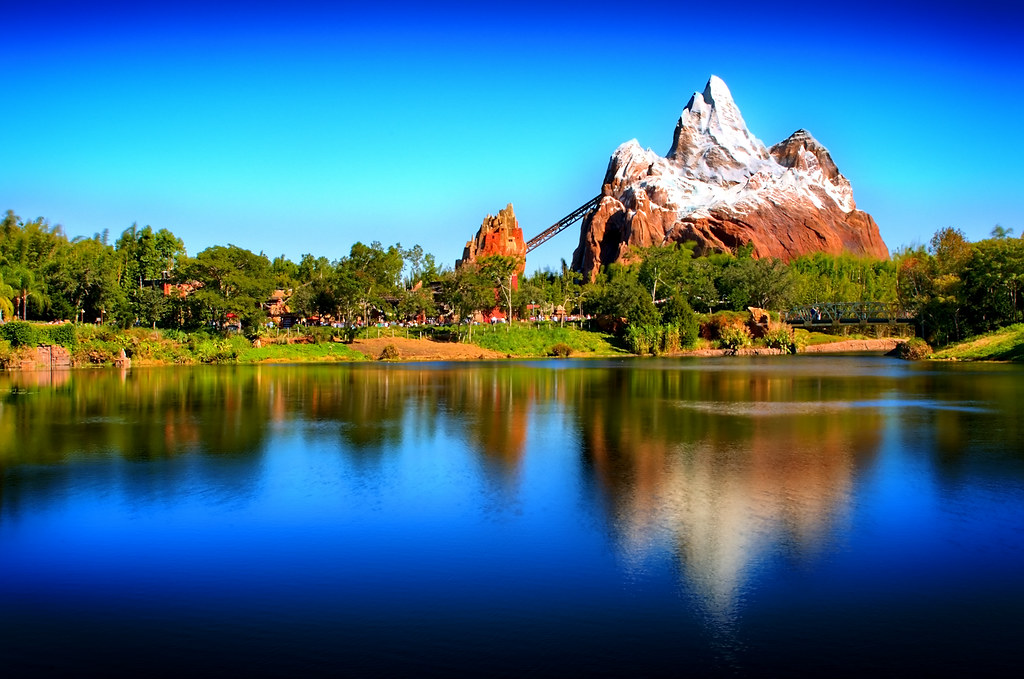 Disney is famous for its mountains and you can find the newest, and many would say the best, in Disney’s Animal Kingdom park.

The Expedition Everest ride debuted in 2006 and had taken Disney Imagineers 6 years to research and build. 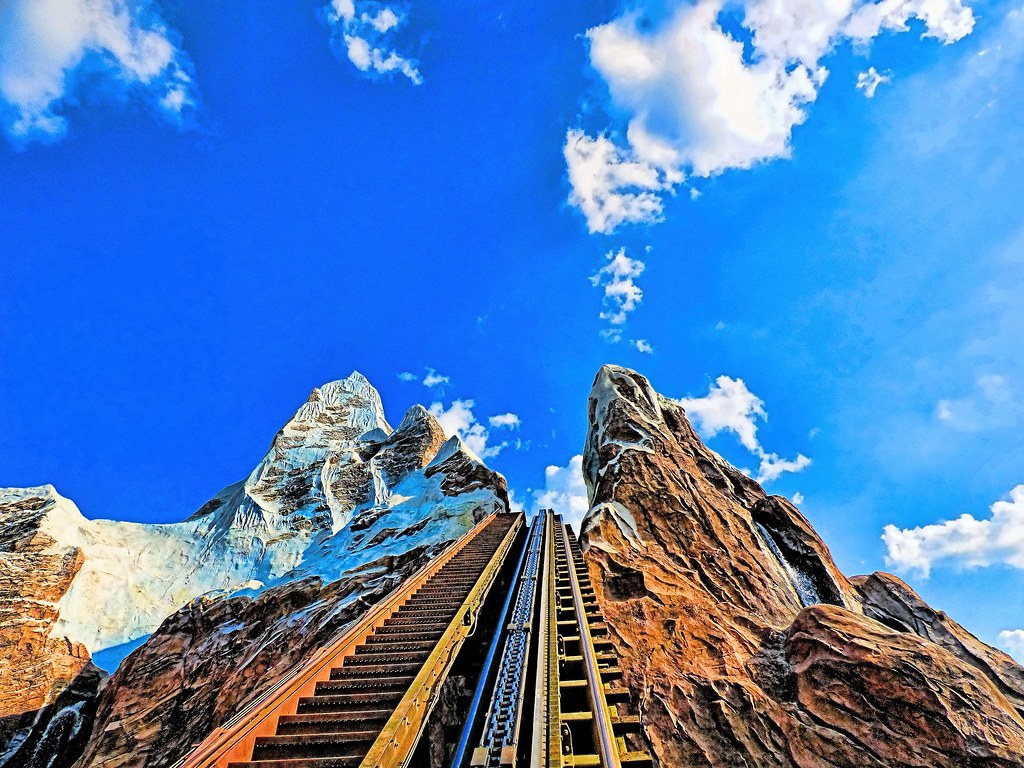 Animal Kingdom’s Expedition Everest is a true Disney thrill ride. This Disney roller coaster reaches speeds of up to 50 mph and takes you on a thrilling ride of twists and turns. All whilst trying to escape that ancient legendary creature The Yeti.

Expedition Everest is unique in Disney roller coaster design as it actually moves backward at one point. 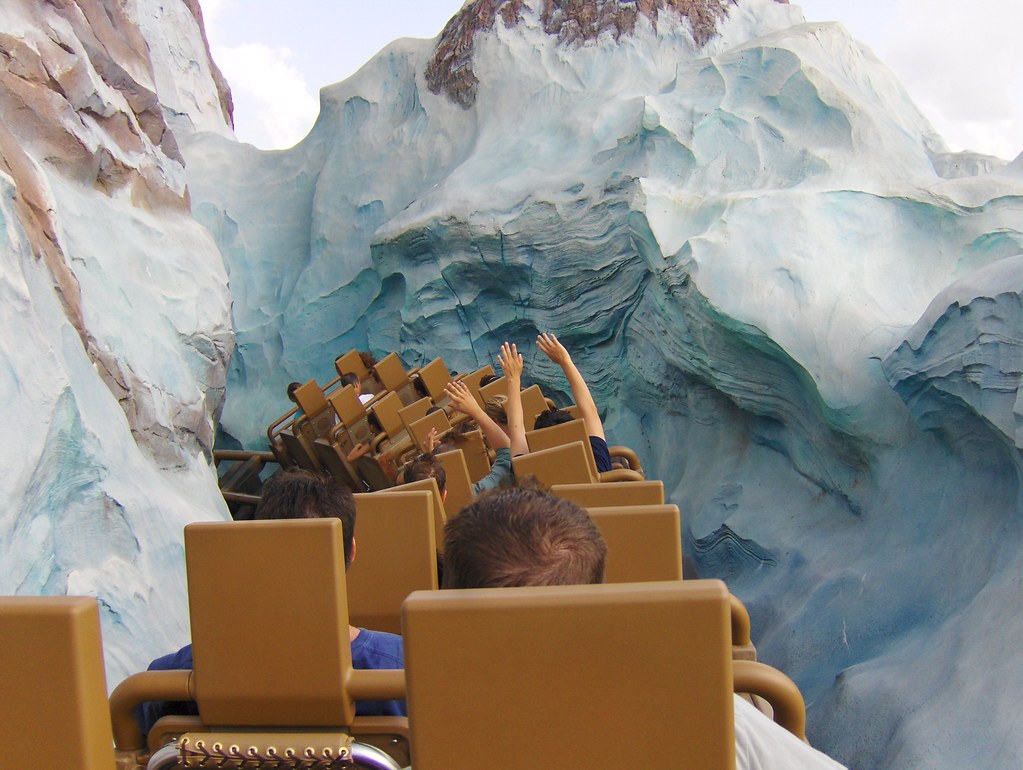 Even though the ride is named after the famous mountain it is not a copy of the actual Everest Mountain. As always Disney has a backstory for its attractions.

The backstory for Disney’s Expedition Everest is that it is a fictional Forbidden Mountain which is guarded by The Yeti. Guests are offered a speedy passage through the Himalayas to Mount Everest.

Of course, things don’t run too smoothly when the train starts being pursued by The Yeti! 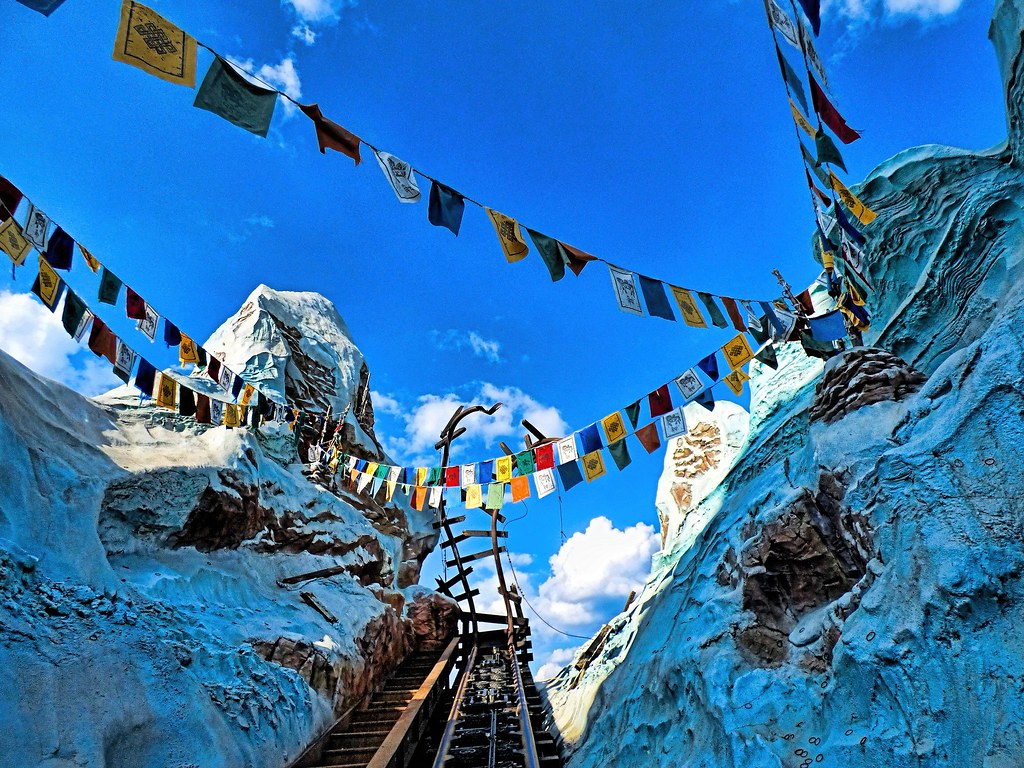 The Expedition Everest Yeti has its own problems! It has created its own legend in Disney theme park ride history – it has rarely every worked as it should do.

Shortly after the Expedition Everest roller coaster opened in 2006 the Yeti was hailed as the most complex animatronic figure ever designed by the Imagineers.

The Yeti was originally intended to reach out so that riders felt that they were being grabbed by this huge creature.

However, things didn’t quite go as planned. The designers realized that too much stress was being put on the ride by this action.

So the Yeti was relegated to a non-moving roll. More recently there is now a strobe light behind the Yeti to make it appear that he moves. 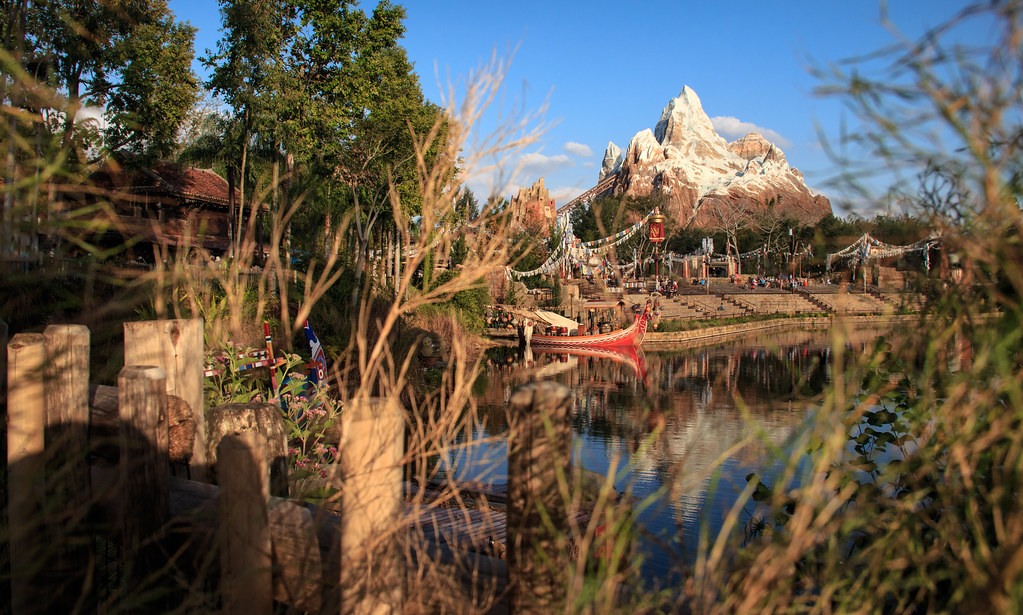 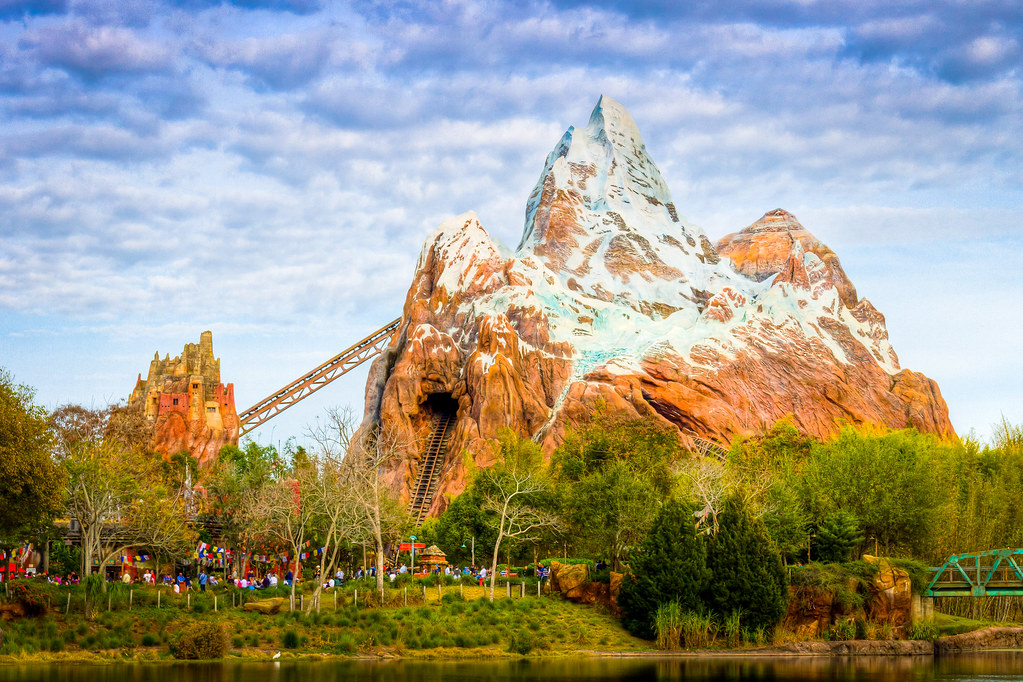 There are twists, turns and drops (including an 80-foot final drop) on Expedition Everest.

For those who love roller coasters, Expedition Everest is likely to be one of your very favorite rides in Disney World.

Expedition Everest is one of the most popular rides in Disney’s Animal Kingdom and the lines do build up quickly.

Plan to ride early in the morning when you first arrive in the park. Or pick up a Fast Pass for later in the day. 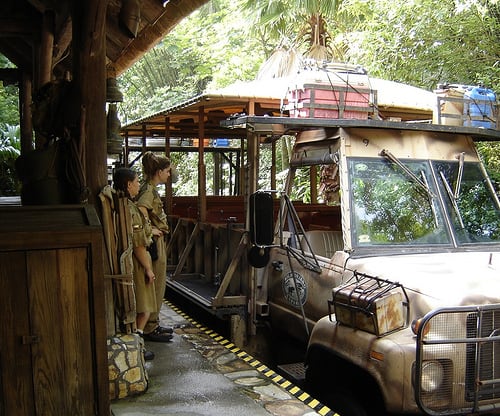 Disney’s Kilimanjaro Safaris is the closest that you are going to get to a real safari in North America!  This Animal Kingdom ride is a must-see when you visit the park.

What not many people realize is that this Animal Kingdom Safaris ride is the realization of one of Walt Disney’s original dreams.

However, when he realized that this was impractical, the animals were represented by animatronics instead.

What will you experience on the Kilimanjaro Safari ride? 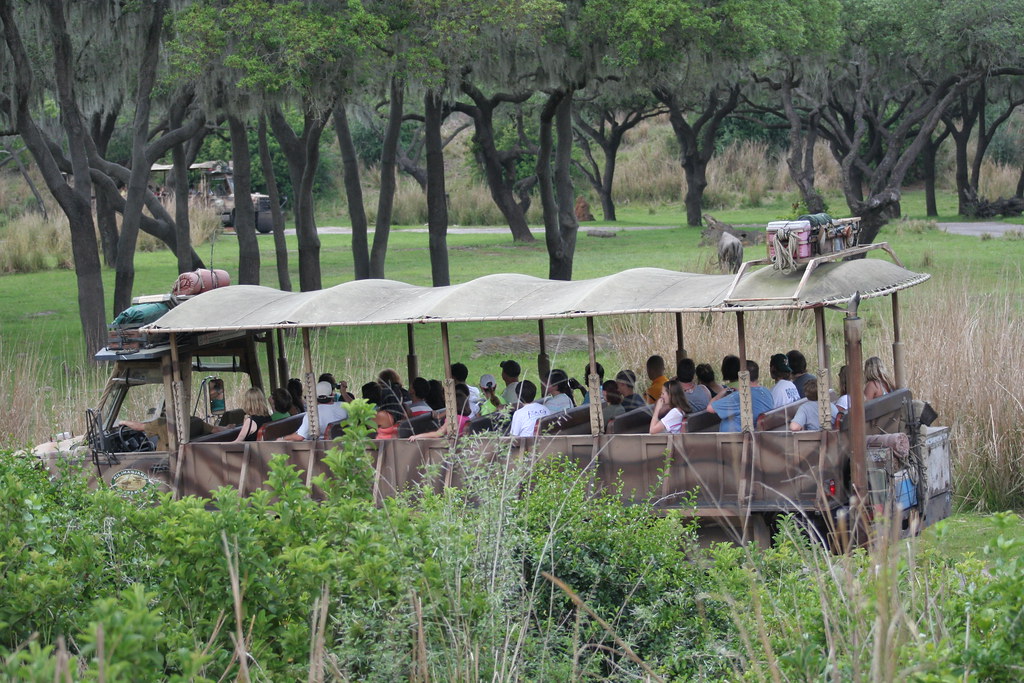 Guests board an authentic safari vehicle as they are taken on a tour of the 110-acre African savanna. The area is huge. Just about the same size as the whole of Magic Kingdom! 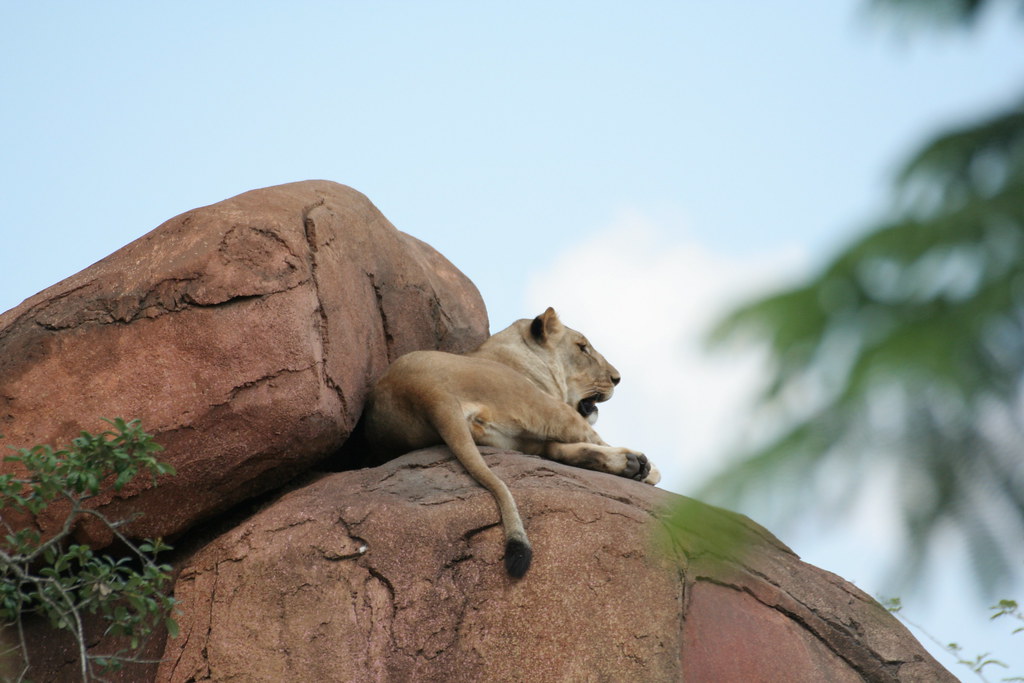 Along the way, you will see many animals which may include giraffe, elephants, hippos, cheetahs, gazelles and even lions. 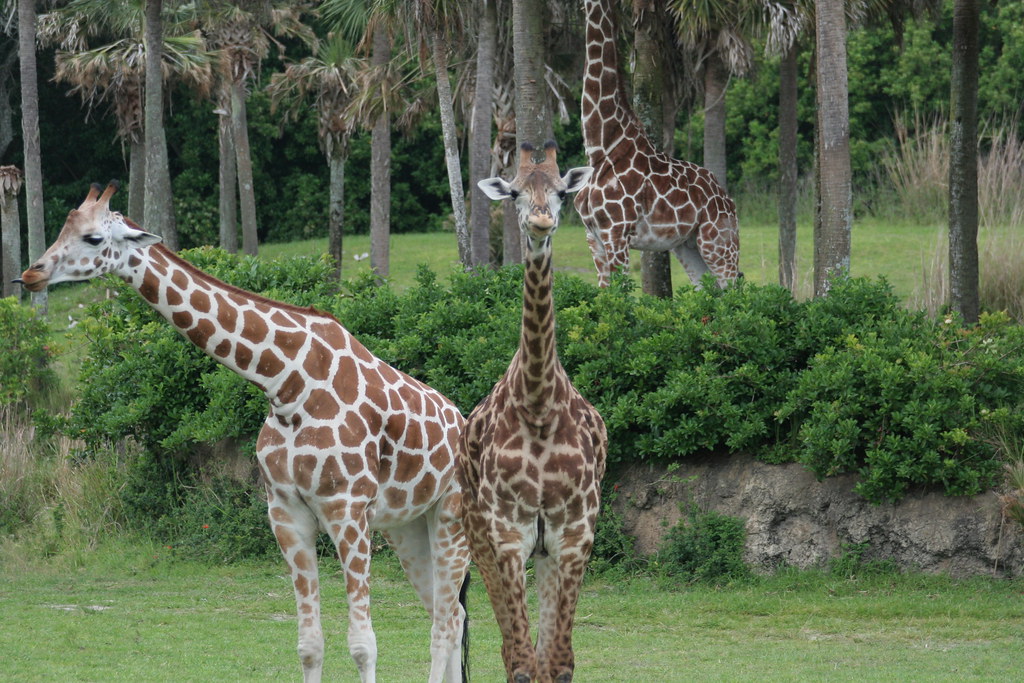 No need to worry though. The animals which present a danger to humans are housed in areas where you can see them, but they can’t get to you.

This is achieved with some strategically built trenches which are well disguised. The animals have plenty of room to roam but the ones who could harm you can’t get near you.

For the friendlier ones such as the giraffes they can, and often do come right up to the side of your Kilimanjaro safari vehicle. This ride is not on a track. Those safari vehicles are proper off-roaders suitable for a safari. 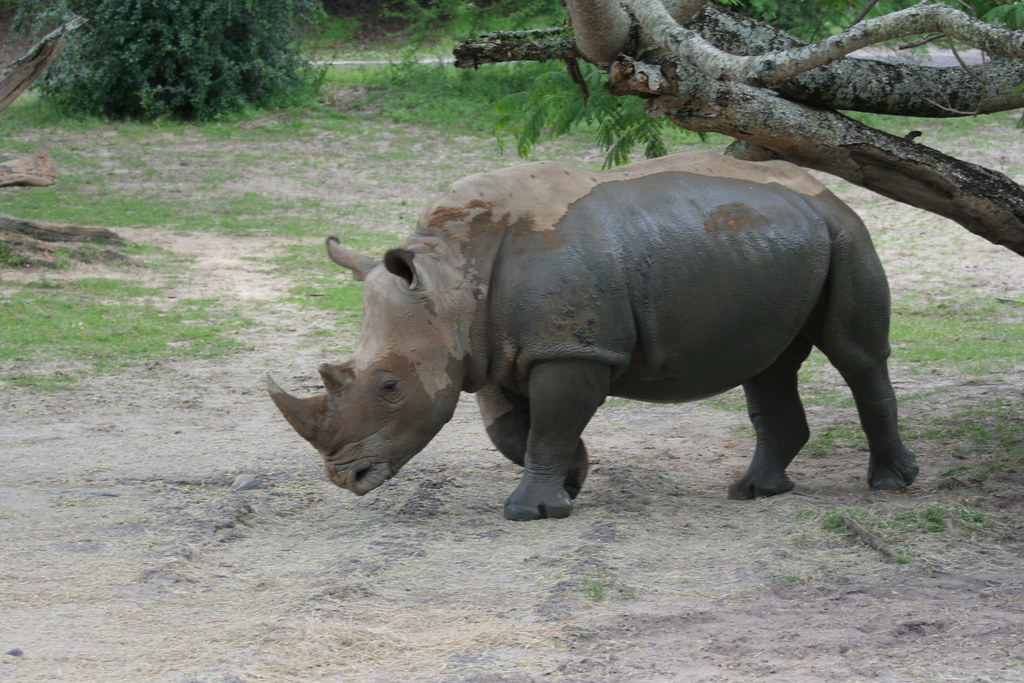 To get the most out of your Kilimanjaro Safari experience try and ride first thing in the morning. I have been on this safari many many times but you always see more animals the earlier it is in the morning. The animals are more active at that time. 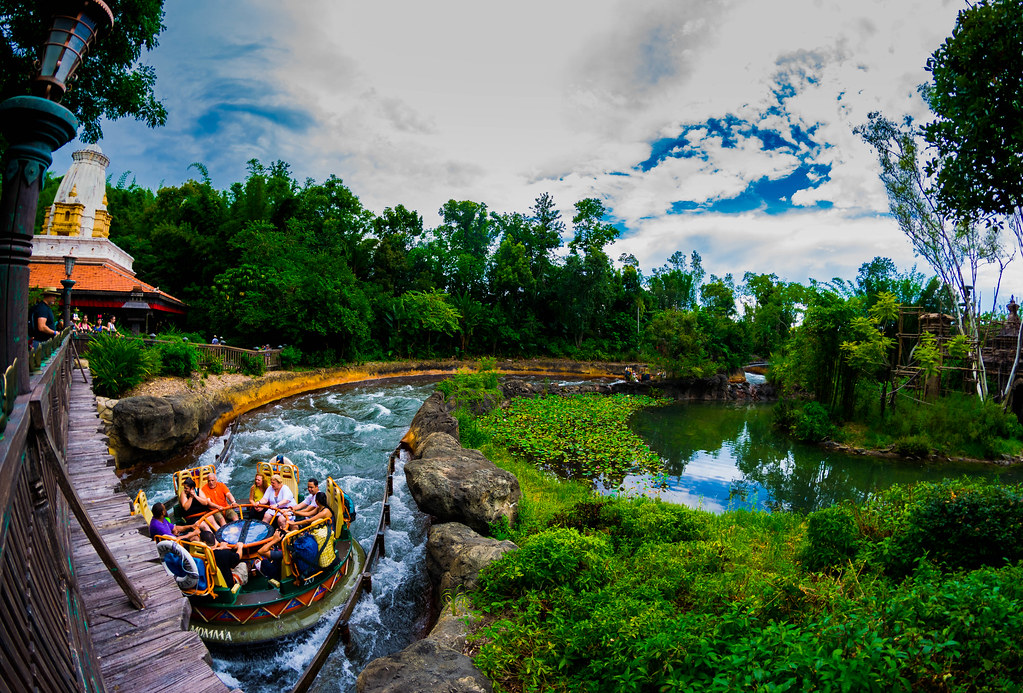 Photo By
This is a very fun river rapids ride which is located in the Asia section of the park. Lines can be long for this attraction when the temperatures are good. In January you will probably walk on to this ride!

A Fast Pass is available for Kali River Rapids. You should always use a Fast Pass if you can as it saves you so much time standing in line.

Be aware that you will get wet on this ride. Extremely wet. If the weather is cold then think twice before riding as you will likely be freezing for the rest of the day!

There is a serious message on the ride to educate guests about illegal logging and the destruction of woodland habitats.

Guests are loaded into 12 person rafts for their white water experience. You get an immediate idea of just how wet you are going to get as soon as you sit down in the raft and sit down in a pool of water!

Make sure you secure any items that you do not want to get wet in the covered container in the middle of the raft. 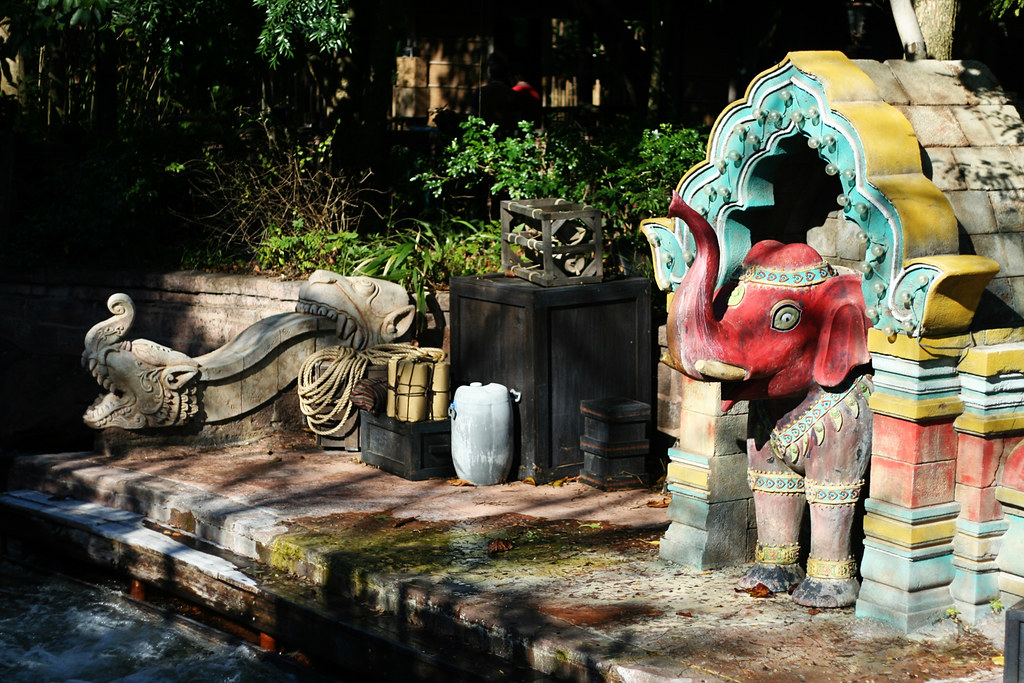 The raft starts a slow 90-foot ascent and then drops gently past gushing geysers and waterfalls which splash into the raft. 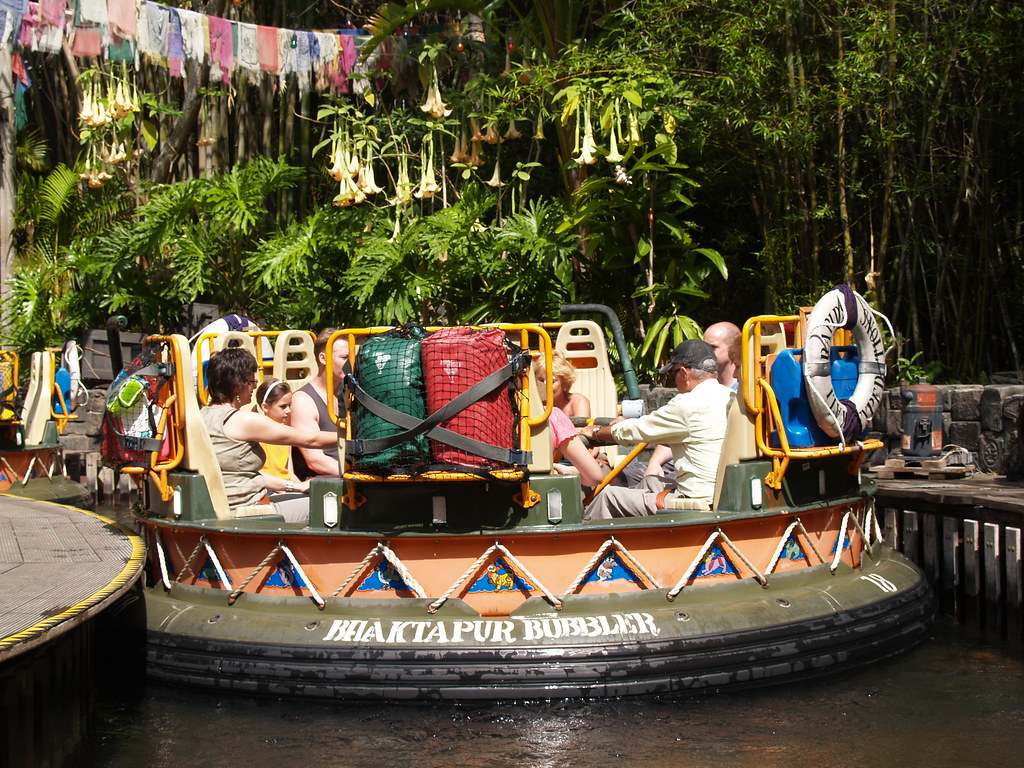 As always with rides of this type, there is usually one person who gets more drenched than any other! The Kali River Rapids raft speeds through the water through lots of water drenching obstacles and then goes down a 30-foot drop.

The Disney Kali River Rapids height requirement of 38 inches so even the little ones can go on this ride.

It is usually at it’s busiest at lunchtime and early afternoon when everyone is trying to get some escape from the Florida heat! 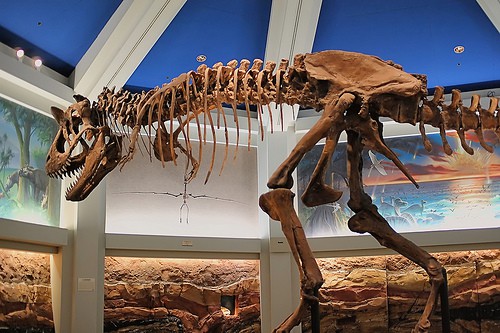 I confess. I think this is the scariest ride in Disney World! Forget Tower of Terror this is the one which scares me the most.

Enter the Dino Institute and prepare to ride this motion simulator ride back in time to the land where the dinosaurs still roamed. The line is full of fossil exhibits and casts of dinosaur skeletons.

Even Bill Nye the Science Guy is here. He tells us all that the dinosaurs were made extinct 65 million years ago when a meteor hit the Earth.

Your mission is to be sent back in time to a time just before the meteor hit. You need to bring back the last Igauanodon so that the dinosaurs can be saved. 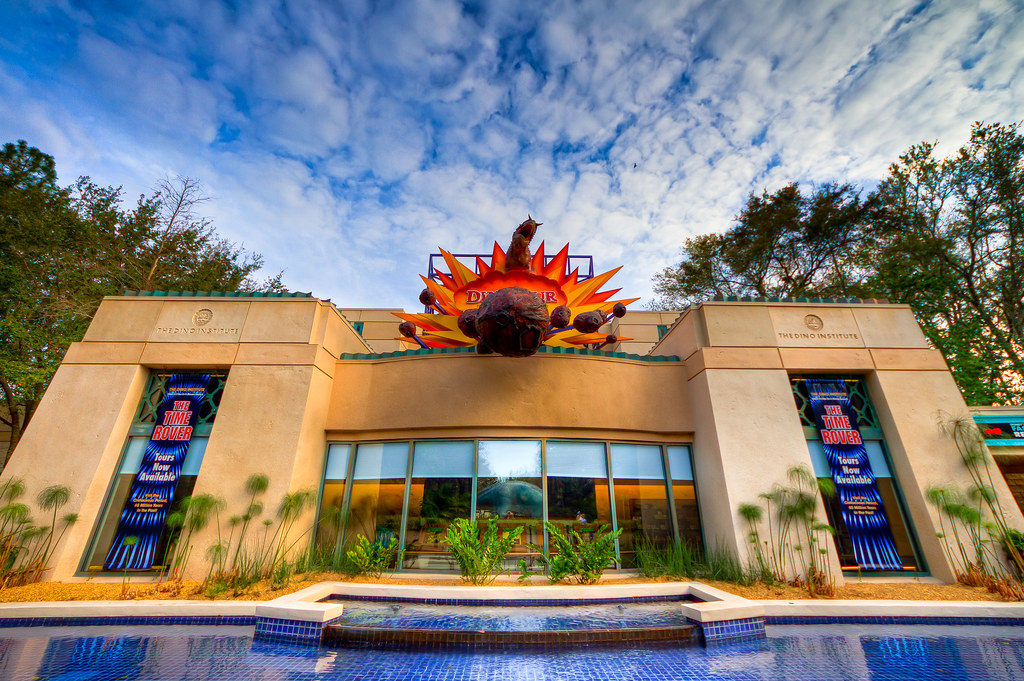 Every Disney ride has a backstory, but this one kind of loses it in the mix!

Guests board a vehicle called a Time Rover to journey back in time. Each Time Rover can seat up to 12 guests.

The vehicle is supposed to take you on a gentle journey back through time to the early Cretaceous period. However, things don’t run quite as smoothly as that.

Plans change and the guests are sent to the late, and apparently more scary Cretaceous period so that we can all rescue the Alador dinosaur.

The commentary then tells us that this really isn’t a good idea as this is too close to the time when the asteroid hit. 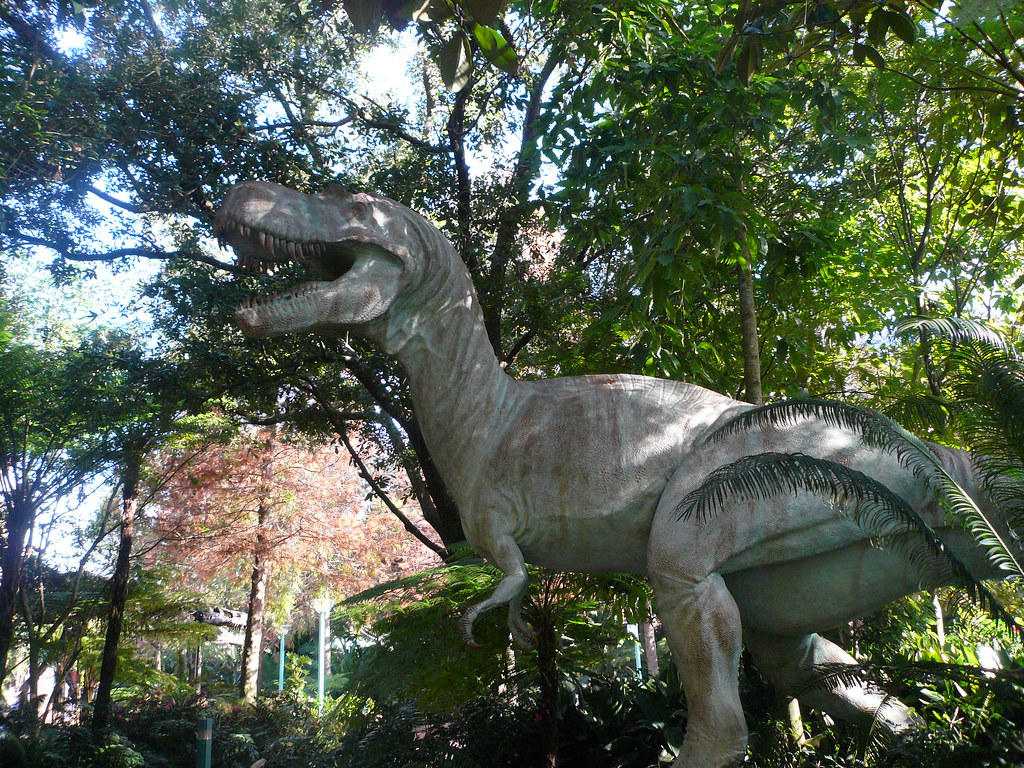 Too late. We are already heading to our place back in time. Of course, it all starts off gently but soon turns to a frantic journey trying to escape the scary dinosaurs.

Things get bumpy as the vehicle twists turns and dips. Lots of flashing lights and noise!

The ride is brilliantly well done. For me perhaps too well done and intense.

The Animal Kingdom Dinosaur height requirement is 40 inches. However,  if you have a child or even an adult who does not like scary rides then you would do well to avoid this one. My adult daughter is fine with terrifying roller coasters, but refuses to go on this ride again!

There is a Fast Pass available for Dinosaur but often the line isn’t too bad. In Disney’s Animal Kingdom always prioritize the Fast Pass for Expedition Everest and then Kilimanjaro Safari.

Then fit in Kali River Rapids next and head for Dinosaur if you think you can brave the scariest ride in Disney World! 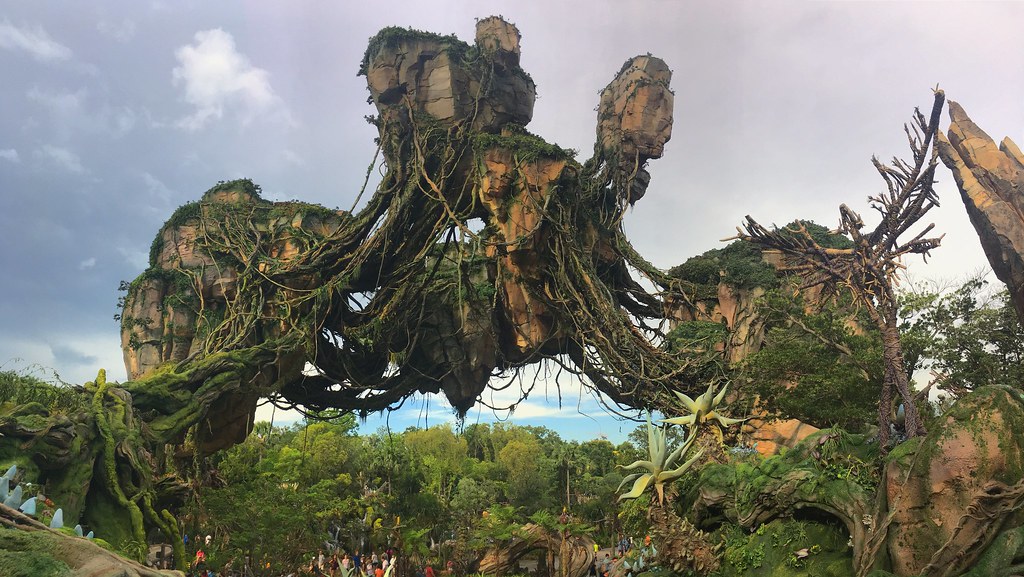 Avatar: Flight of Passage is an absolute must-ride experience at Disney’s Animal Kingdom. It is one of the best rides in Walt Disney World.

Many describe it as a combination of Star Tours and Soarin Over the World. It isn’t quite that as it has some very unique elements not used by either of those rides. It has movement, immersion and 3D effects.

Flight of Passage has not one, but two pre-shows. In the first one, you will be matched with your avatar. 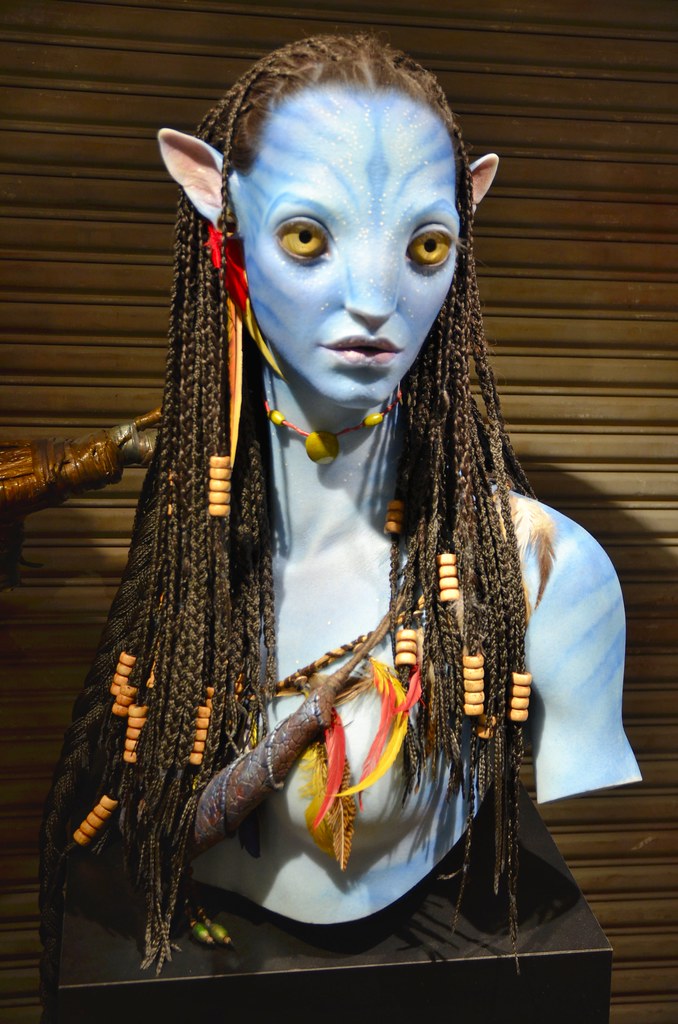 The second pre-show attempts to summarize what the ride is about and why banshees are so important in the Land of Pandora. As I confess I have still never watched the movie Avatar, this second video helped explain the context.

The ride vehicles are like futuristic bikes that you straddle over in front of the screen. You put on 3D glasses to get the full effect.

You do feel very much as though you are on your own in this ride. The Avatar Flight of Passage height requirement is 44 inches. Be aware that the restraints on the ride vehicles can feel restrictive.

The one problem with Avatar Flight of Passage is it’s popularity. You really need a Fast Pass or be prepared to wait a long time in line. Early in the morning is best, or closer to closing time are usually the best times. 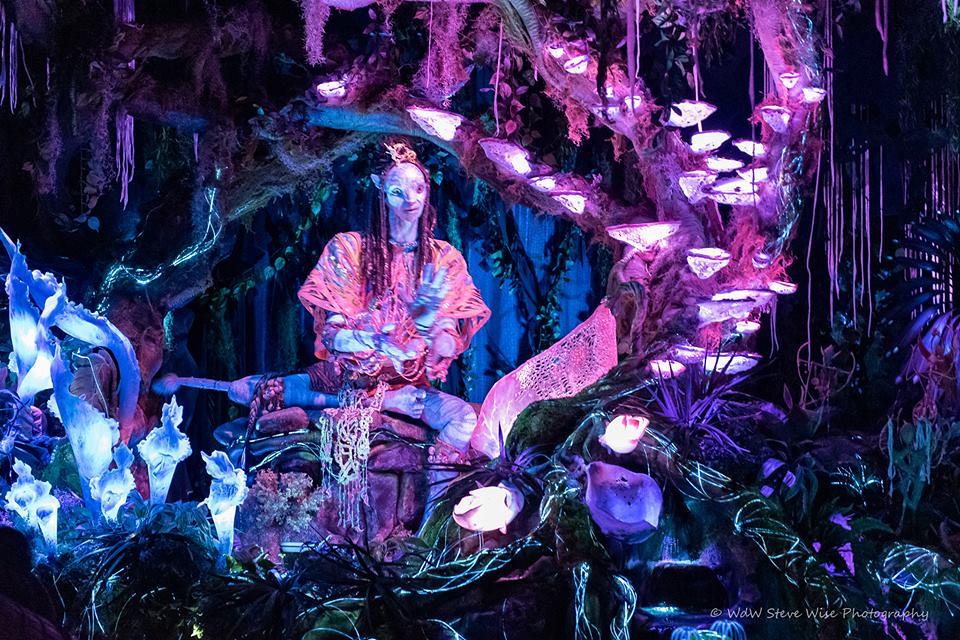 As . you would expect, Na’vi River Journey at Disney’s Animal Kingdom is a triumph of theme park technology. It is a beautiful and relaxing 4 and a half minute journey through the Jungle of Pandora.

There is no height requirement on Na’Vi River Journey so it is suitable for everyone to ride. Everyone boards a raft for their Pandora River journey.

The Na’Vi River ride uses very advanced and complex video screening technology to produce this magical world of Pandora. It is beautiful, but I have to say that I find it a little disappointing,. Maybe it would be different if I ever did watch Avatar!

However, the ride lacks a coherent story so your experience really is to just look at the beautiful out of this world jungle and enjoy the ride. It is definitely not a thrill ride!

Which of these Disney Animal Kingdom rides will you try first? 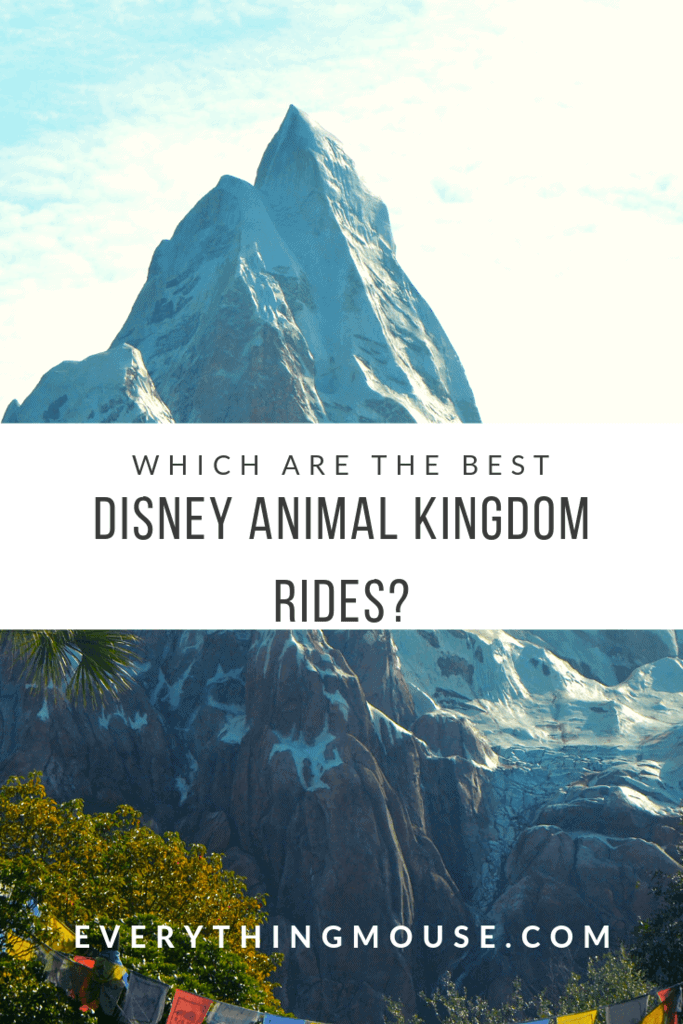 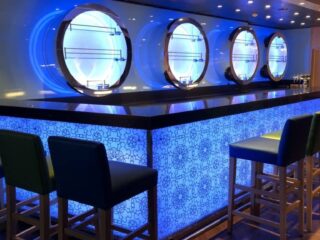 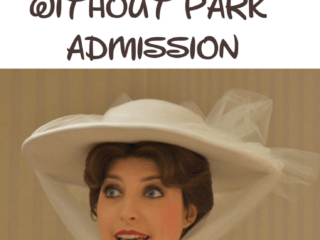