If you want to be one of the first to stay in the Disney Art of Animation Resort Rooms or the Royal Guest Rooms at Disney’s Port Orleans Resort Riverside the rooms are now available for booking for 2012.

But you will have to wait a little longer to actually stay there as the Art of Animation Resort is scheduled to open in early summer 2012, and the Royal Guest rooms at Port Orleans Riverside are not available until early Spring 2012.

It will also have more than 1,100 family suites which will be great for larger parties because they will sleep up to six people.

It is expected that the new resort will be extremely popular.

The value resorts offer an excellent way to enjoy the benefits of staying in a Walt Disney World Hotel for a very reasonable price. Standard rooms at Disney’s Art of Animation Resort start at $94 per night. The family suites are priced from $248 per night.

Disney’s Art of Animation will have four distinct themes – Disney Pixar Cars and Finding Nemo, The Lion King and The Little Mermaid.

The Pirate-themed rooms at the Caribbean Beach Resort have proved extremely popular, so it was decided to offer Disney Story Rooms at Port Orleans Riverside. This moderate resort will offer 512 Royal Guest Rooms and rates start at $189 per night.

The pictures certainly show that the Story Rooms are beautifully furnished. They are sure to prove incredibly popular with Disney resort guests. 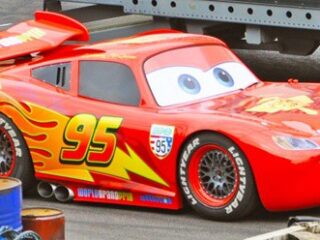 I have spoken to Disney about this as the suites are more expensive than Port Orleans and Carribean Beach,but they won't budge.Definatly not fair!

We are glad to be staying at the little mermaid room at aoa. However, it is terrible that theses rooms are not being included in the free dining, or any discount. If it is offered to everyone else. Disney should included everyone, or do not offer it. Fair is fair. Why discriminate against the guests at these rooms.