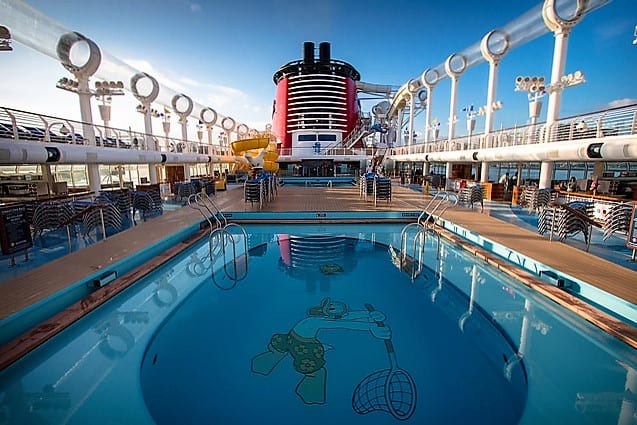 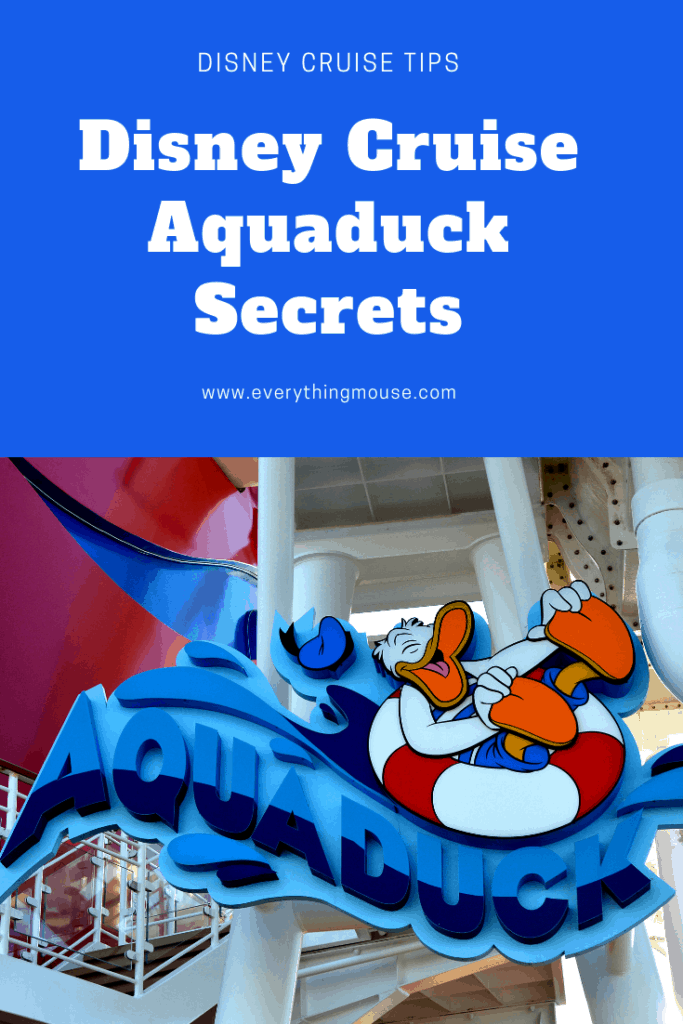 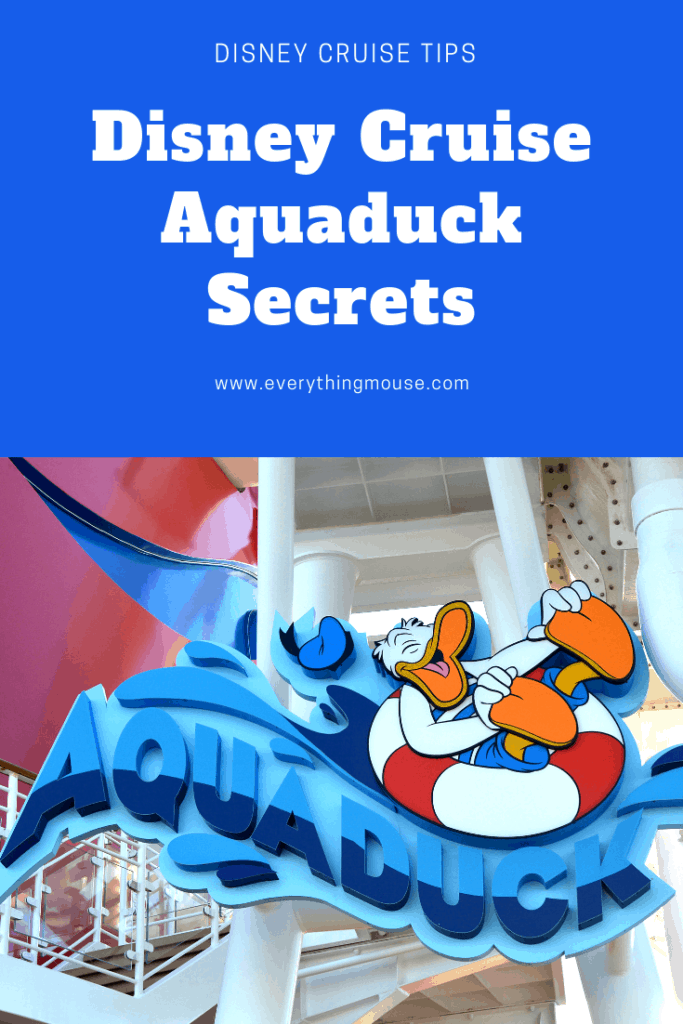 The Disney Dream Aquaduck made its debut in January 2011 followed the Disney Fantasy in February 2012. The original Disney Cruise Aquaduck concept was the idea of Disney Imagineers Joe Lanzisero and Bruce Vaughn. 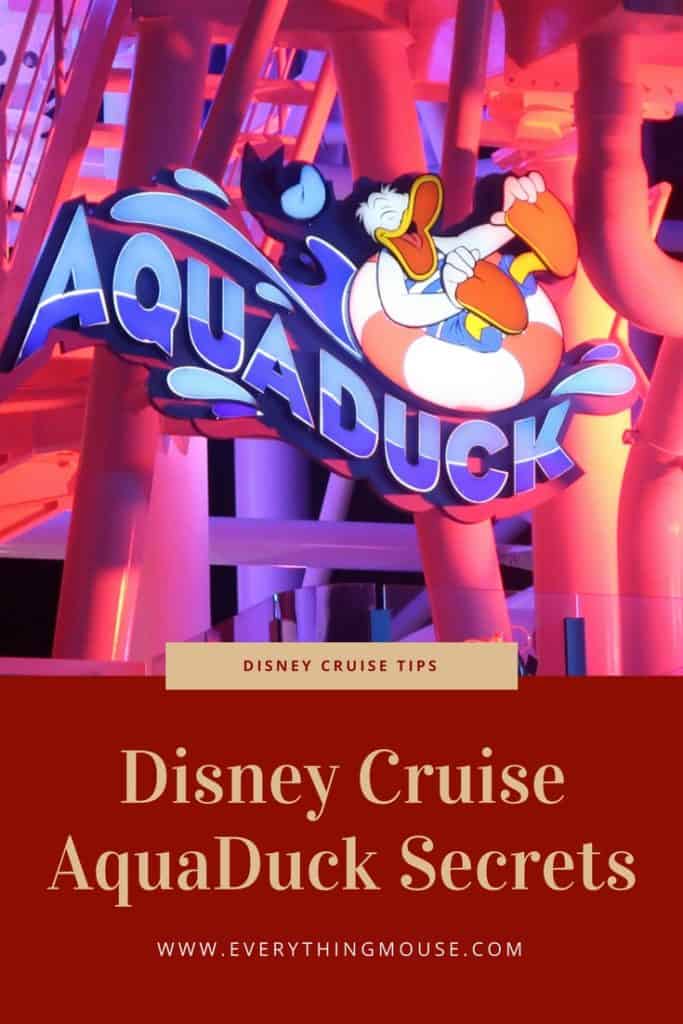 This is a great video of the Disney Fantasy Aquaduck which gives you an idea of just what it is like to experience it.

The entrance to the Aquaduck is on Deck 12. Guests climb the stairs to Deck 16 which has the launch platform for the ride. 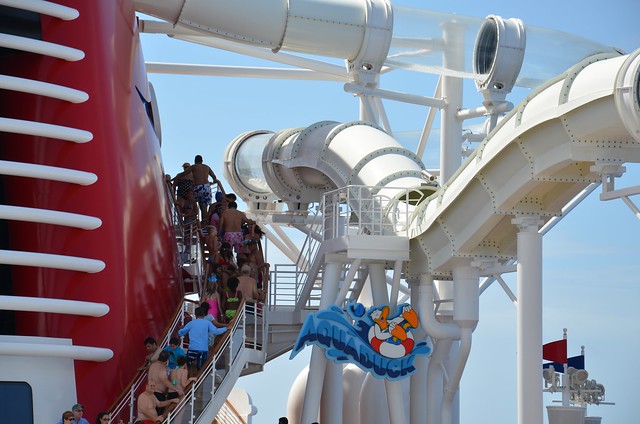 Lines for the Aquaduck can be long. Very long. A lot of the line is not in the shade so be aware that if you are in the hot sun you really should be wearing sunscreen.

There are 69 steps up from Deck 12. Often it is a slow climb! Once you reach the top you will wait until called by the Cast Member and then approach the raft.

We have tried many times and there really is no elegant way to get into the raft. They are built so that either two or one people can ride at a time. The best technique to get into the Aquaduck raft is to turn around and sit in it!

To ride the Disney Aquaduck you have to be at least 42″ tall. If you want to ride alone you have to be 54″. If children under 7 meet the height requirement, they have to ride with someone 14 and over.

The first part of the Aquaduck takes you over the water.

The see-through tube is positioned 12 feet out over the side of the ship and 150 above the water. 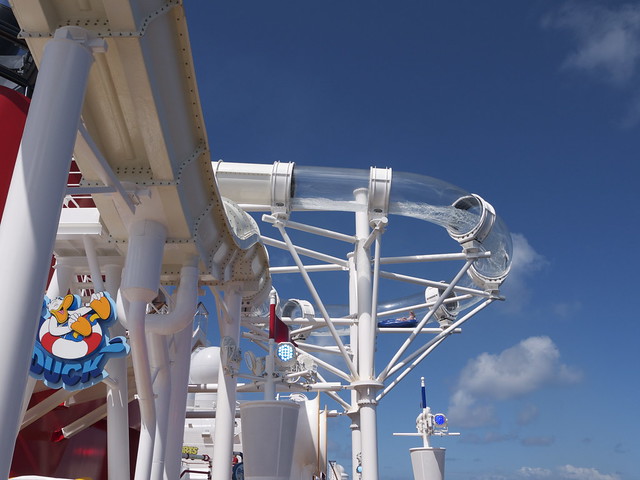 It all happens so quickly you aren’t particularly aware that you are above the ocean in a tube! You are traveling at 20 feet per second so you don’t get much of a chance to think about it.

The raft is propelled by 10,000 gallons of water per minute. 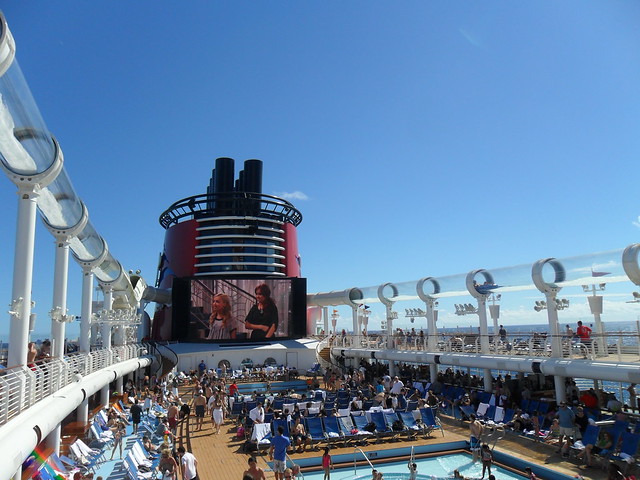 The rafts are at least 30 seconds apart to make sure that there are no collisions! There is a lifeguard at the top controlling the launch and one at the bottom to help you off the ride.

The whole Aquaduck ride is 765 feet long. From the time that your raft starts to the end of the ride is around 45 seconds. We have been on the Aquaduck many times and we think there is a slight difference in speed depending upon who you have in the raft.

If you want to go slightly faster on the Aquaduck, pick a lighter companion to travel with! Around two-thirds of the Fantasy Aquaduck is in the transparent tube, but some of it is enclosed.

If you suffer from claustrophobia this is probably an attraction to avoid. One of the portions, towards the end of the Aquaduck, is reminiscent of the lights in Space Mountain.

This is one of the best parts of the ride. The only problem is that you know that you are near the end when you reach that point. At the end of the ride, the splash is pretty mild as you have slowed down quite a bit by then.

There is usually a Disney Cast Member to help you out of the raft. Again, it’s not that dignified but just do your best. 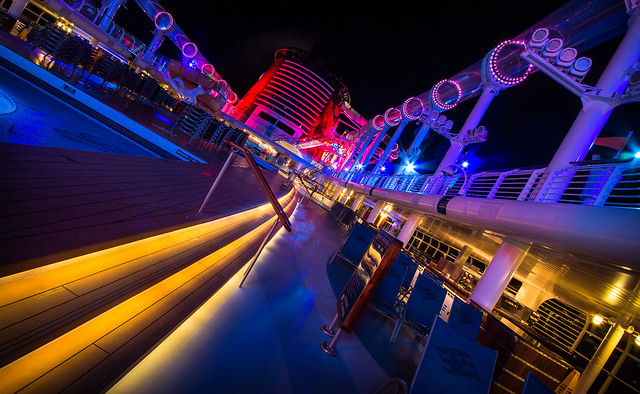 The Aquaduck is good to ride in the day, but you also have to ride it at night. The lights come on after dark and it is a very different experience.

If you ride the Aquaduck after the sun goes down it also means that you do not have to wait in line in the hot sun. The Aquaduck usually closes around 10 pm.

Most people are not organized enough to have packed their swimsuit in their carry on luggage. If you are prepared you can have several rides on the Aquaduck before most guests have even finished their buffet lunch!

The busiest times to ride the Disney Fantasy Aquaduck are on Days at Sea. The quieter times are whenever the ship is docked in Castaway Cay, and around 6.30 pm when other guests are either at dinner or viewing a show. 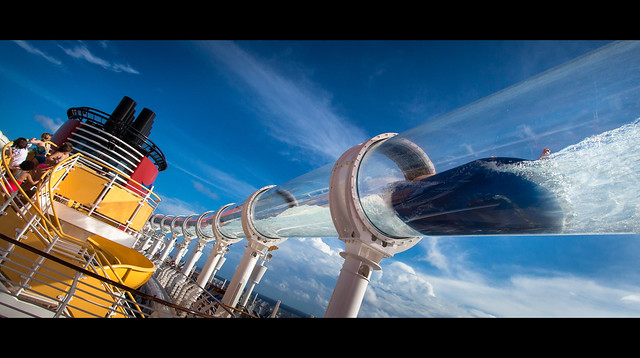 The Disney Cruise Aquaduck really is an amazing attraction on the Disney Fantasy and Dream.

You should try it at least once – and then you will most likely be hooked! Will you be experiencing the Disney Fantasy Aquaduck on your next cruise? 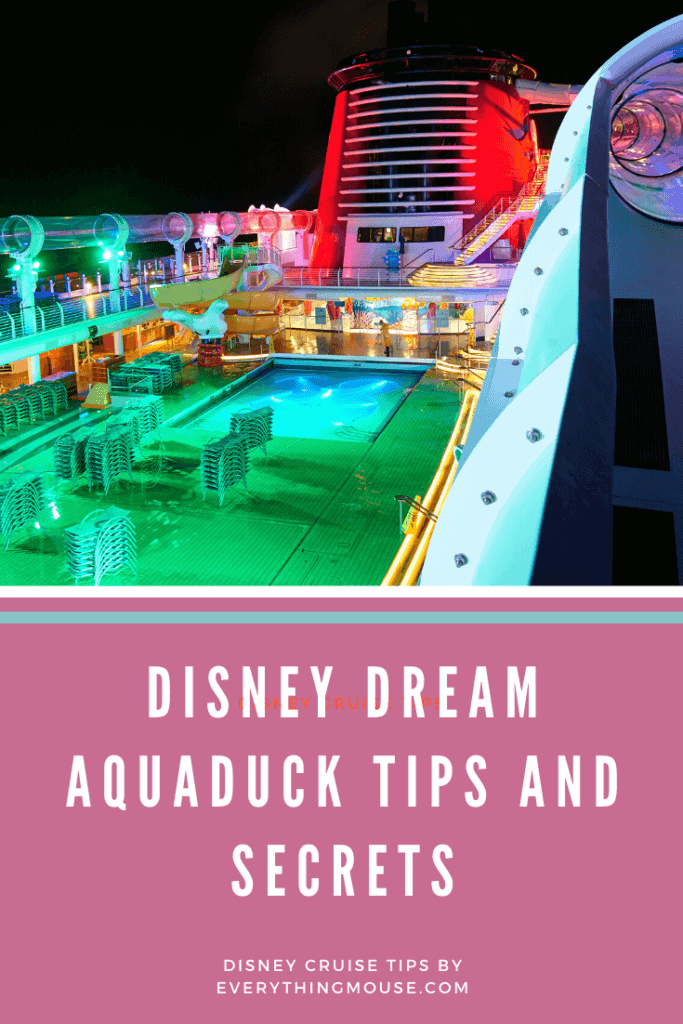 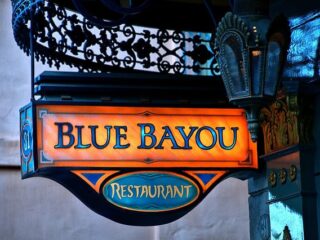 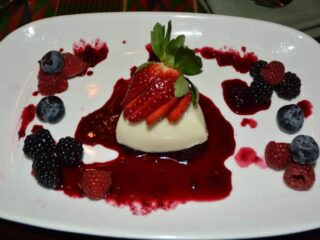 […] in 1999, the year after the Disney Magic. The newer ships, the Disney Dream and Fantasy have the AquaDuck. This was the first water coaster at […]

[…] Disney Dream and the Fantasy are the only ships to have the AquaDuck.  This was the first water coaster at sea. This is a lot of fun, but if you have a toddler it […]

[…] sure that you ride the Disney Cruise AquaDuck at least once. Try also to ride at night for a whole different point of […]

[…] can also be a great time to ride the AquaDuck if you are on the Disney Dream or Disney Fantasy. If you want to read more about the essential […]

[…] The Disney Dream features so many amazing things for you and your family to experience. Disney Character Greetings, Broadway quality shows, fabulous dining, adult only spaces and restaurants and of course the Disney AquaDuck! […]