Disney Grand Floridian Resort Hotel – Which Are The Best Rooms?

The Disney Grand Floridian Resort Hotel is the jewel in the crown of all the deluxe Walt Disney World resorts.

You really can’t beat the location and the luxury of the Grand Floridian which is located on the shores of the Seven Seas Lagoon, very close to the Magic Kingdom, with access by boat and monorail.

The Magic Kingdom is so close you can even walk there from the hotel.

The Disney Grand Floridian Resort Hotel has a main building and 5 other rectangular buildings located around the resort. The resort is large and spread out over 40 acres of beautifully manicured space.

The hotel has 867 guest rooms. Most are a very generous 440 square feet with two queen beds. Almost all of the rooms have balconies. The dormer rooms on the top floor have smaller balconies, but many guests like these rooms as they have vaulted ceilings.

The main building at the Grand Floridian houses the restaurants and stores. It is also very close to the monorail stop.

All of the rooms in the main building are concierge rooms. If you want to be close to all the amenities including the monorail and the bus stops with transportation to all the Disney parks this is a great choice.

In the main building, the best rooms are the ones that overlook the lagoon with a view of the Polynesian Resort in the distance. These are rooms from 4322 to 4329 and 4422 to 4429.

Very sought after rooms in the main building of the Grand Floridian are rooms 4401 to 4409. These have a fabulous view of Cinderella Castle.

If you are dreaming of one of the best views in any Walt Disney World resort hotel room then this is it.

Boca Chica and Big Pine Key buildings also have good lagoon views. The best is the lagoon views on the first, second and third floors. The majority of the Magic Kingdom view rooms are found in Boca Chica.

Be aware though that there are some not so great views in these buildings.

There are some which face a building that are obstructed – try and avoid these if possible and ask the Cast Member on the desk to double-check you are not getting these rooms.

If you want to be closest to the pool Big Pine Key is a good choice too, particularly if you are staying at the resort with children.

Sago Key is perhaps the quietest, most romantic building in the Grand Floridian, as many of its rooms have views over the marina. Whilst these views are not as spectacular as the Magic Kingdom views the are extremely nice.

The fifth building is Sugar Loaf Key which has concierge rooms only. Sugar Loaf Key faces Sago Key. Rooms either have a pool, a marina, or a wooded area.

Whichever room you choose at the Disney Grand Floridian Resort Hotel you are sure to have an amazing experience. Luxury in the heart of all of the Disney magic. But you will feel at home, even in your Mickey Ears and Goofy shirt!

Have you ever stayed at The Grand Floridian? Share your experiences with us by leaving a comment below. 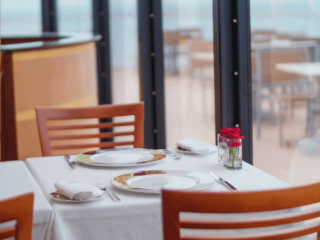 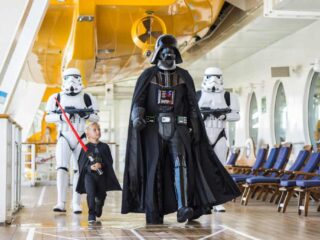 […] Disney Grand Floridian Resort Hotel – Which Rooms Are The Best? […]

Mickey and You Travel

My favorite room would be first floor Sugar Loaf. It's lovely to be able to walk right out of your room to the Club Level concierge and food offerings, plus you don't have to wait for the elevator when heading out to the parks.