What are the Disneyland and Disney’s California Adventure Ride and Attraction closures for March 2013? To keep the parks in great condition Disney has to close select rides and attractions for refurbishment from time to time. Always check before you leave home which of the attractions are scheduled to be refurbished during your Disneyland visit.

There are some other scheduled ride closures for March 20133 at Disneyland and Disney’s California Adventure Park:

Now – March 31st the MuppetVision 3D Theater will be presenting “Oz The Great and Powerful” 4D Experience – a sneak peek of Disney’s Oz The Great and Powerful movie. No presentations of Muppet Vision 3D shown at this time.
Now – March 14th Silly Symphony Swings will be closed for refurbishment.
Now – March 22nd Disney Junior-Live on Stage will be closed for updating. There will be new characters when the show returns. “Hanny Manny” and “Little Einsteins” will no longer appear but will be replaced with “Sofia the First” and “Doc McStuffins”. Mickey Mouse Clubhouse” and “Jake and the NeverLand Pirates” will remain in the show.

At first glance this seems like a big list but really the only major attraction which is out of action is Big Thunder Mountain. Personally I am not too pleased by the closure of MuppetVision to show a promotion for Oz The Great and The Powerful but recognize that this is a great way for Disney to easily (and relatively inexpensively) promote this movie which cost a whopping $200 million to make! 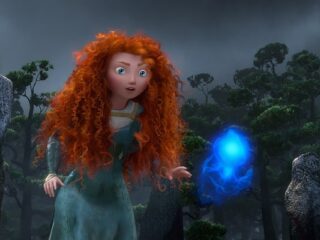 I can't believe Space Mountain and Mountain thunder roller coaster will be closed during our much planned (over 1 year birthday suprise) for our grandchildren. It's one of your very top rides and we were so looking forward to this. Paying $275.00 each for 4 days is a lot of money for 6 people families and not to have the rides up and running, is a travesty. You should have people working round the clock to get it open when visitors anticipate riding it. Will you be discounting our passes to compensate for your major rides not operating?????