Visitors to Disneyland got a shock yesterday when the park was hit by a 6.4 Magnitude Earthquake. No damage or injuries were reported in Disneyland or Disney’s California Adventure Park.

The earthquake hit the area surrounding Searles Valley to Ridgecrest around 10:33 AM when the Disneyland parks were open and full of visitors. The epicenter of the quake was far from Disneyland but was felt from Las Vegas to Los Angeles and south towards San Diego.

Rides were shut down temporarily, which is standard procedure after an earthquake. Disney operators then tested the rides. It was reported that rides in Disney’s California Adventure park were shut down for three hours.

All Disneyland and Disney California Adventure rides were operational again by mid-afternoon.

The last quake to hit Disneyland was a 5.1 on March 28, 2014. Although this earthquake was smaller on the scale, more significant shaking was felt in the parks as the epicenter was closer to Anaheim.

I was once in Disneyland when an earthquake hit. We were in The Rainforest Cafe in Downtown Disney sitting right next to a huge aquarium. The guests at the table next to us thought the earth shaking was all part of the Rainforest Cafe effects – unfortunately, we knew differently!

Those who live in earthquake zones are always wondering when the next big one will hit. Today I am checking my preparedness supplies…..

Disneyland Character Dining – All You Need To Know 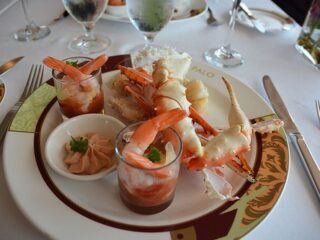 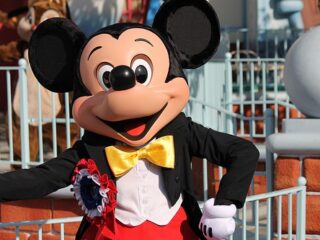 DISNEYLAND IS MY FAVORITE THEAME PARK AND SOMEDAY JUST THE 4 OF US GIRL'S GOING TO SOMETHING DOWN HERE SO NOT IF IT'S 5:9 EARTHQUAKE?