The architecture is a surprisingly pleasing mix of styles from Tudor, Georgian, Regency, and Victorian England. Picture the idea that you have of how a perfect scene in a perfect English town looks and this is probably it.

Take the time to stroll around the back of the Pavilion and you will find a great place to just sit down on a park bench in the typical English garden square and people watch.

Also don’t miss Anne Hathaway’s Cottage. This is a replica of William Shakespeare’s wife’s cottage in Stratford Upon Avon.

Even though this is quite a large area for a Pavilion unfortunately there is no show or ride attraction. But you can still take some time exploring the shops or enjoying a pint in the traditional British Pub.

The United Kingdom has some great food choices, with a full-service restaurant and a quick-service dining location.

Rose and Crown at Epcot

The Rose and Crown Pub and Dining Room serves traditional British foods and of course, offers a great selection of beers and drinks from the United Kingdom.

The Rose and Crown offers dining inside and out. The interior is designed like a very traditional Victorian pub – cozy and with a huge bar at the back of the room.

The Rose and Crown is a popular place and not many tables are offered so it is essential that you make Advance Dining Reservations if possible.

It is very popular in the evening when diners attempt to snag one of the outside tables – it is one of the best places in World Showcase for watching the Epcot fireworks. It has an amazing view of the World Showcase Lagoon.

Always ask for a fireworks view if you are going to still be seated at around 9 pm when the fireworks start. However, as with all dining seating requests, this is not guaranteed.

So what is on the Menu at The Rose and Crown? You can try Fish and Chips, Bangers and Mash, Shepherd’s Pie (a vegetarian version is also available) or opt for a traditional Sunday Roast.

The best food on the menu at the Rose and Crown has to be the desserts. The Sticky Toffee Pudding is a favorite. It is pretty filling though so think about sharing with someone!

Whilst you are in the United Kingdom you really should sample one of the excellent local beers. you can try a sampler of Bass Ale, Harp, Boddingtons English Pub Ale, and Guinness Stout for $13.

Guinness Stout is a popular one well worth a try. You can get this at the restaurant and pub or there is also a beverage stand outside at the front of the Rose and Crown. A yard of ale is particularly popular.

I have to confess that The Rose and Crown is not top of my list when thinking of which Epcot restaurant to dine in.

Being a United Kingdom native but living in the US for many years, I do sometimes get nostalgic and want to dine there. Unfortunately when I do I am usually disappointed by the quality of the food.

The atmosphere is good, and the service is good too – much better than you would get in your average pub in the United Kingdom! But the quality of the food is pretty average.

Another dining option in Epcot United Kingdom is Yorkshire County Fish and Chips. This is a counter-service venue and has outside dining only.

If you want to sample the great British traditional fish and chips then this is a good place. The kiosk only serves fish and chips (at $11.49). Curiously the dessert option is a pack of 3 mandarin oranges for $4.19. I have to say that having spent the first 30 years of my life in England I never found a fish and chip shop that sold oranges.

You can also get Bass Ale or Harp Lager. This is a good value option for a quick service meal. The lines can get pretty long but they generally move pretty quickly.

As a Brit, I do enjoy looking at the shops here because it does remind me of home. Cadburys chocolate is always a particular favorite for me.

If you are looking for traditional English tea and excellent chocolate then browse around The Tea Caddy. This leads into The Queens Table which sells linens and fine china, including some very fancy teapots.

You will also find books which are usually a selection of tourist guides and generally some British Royal Family books. The Magic of Wales has a small selection of jewelry, pottery, and candy.

If you are looking for your family crest then look no further than The Crown and Crest. Most names are available and you can have your own family crest as a keepsake.

If you want some pub memorabilia then the beer mats are a good value. Fancy a pint glass? Of course, you can buy them here. There is also Beatle related merchandise.

The themed chess sets are always tempting particularly the Alice in Wonderland set but they are also pretty pricey.

Fancy Good For Lords and Ladies is the place for perfume and body care products. It is also usually the least crowded area of the United Kingdom Pavilion!

The Sportsman Shoppe sells British sports-related items, mainly clothing. So if you want your soccer shirt or even a Scottish kilt this is the place to find it.

Children and adults will enjoy The Toy Soldier which has a good selection of British toys with favorites such as Winnie the Pooh, British children’s books, and play swords and castles.

The back of the store has the Kidcot Fun Stop. This is also the place where character greetings are held. Look for the huge and very comfortable easy chair just at the bottom of the steps which is a great place to sit down and just relax for a few minutes.

For many years The British Invasion, a Beatles Tribute Band played in the United Kingdom Pavilion. Unfortunately, after 15 years of entertaining Epcot guests, they moved on.

They were replaced by The British Revolution who play such diverse UK music as The Beatles, The Who, and Led Zeppelin. However, they were let go in March 2020 when Disney World shut down. There are no signs that they are going to be replaced.

The World Showcase Players are also well worth seeing. They perform at the front of the Pavilion.

The United Kingdom at Epcot is also a good place to meet characters. You can sometimes find Winnie the Pooh and his Friends Tigger, Piglet, and Eeyore. Mary Poppins and Alice in Wonderland often make an appearance at the front of the Pavilion near Anne Hathaway’s Cottage.

The United Kingdom Pavilion in Epcot, although lacking a ride or show is a great place to spend some time when visiting World Showcase. It has great shopping, all those choices of beer and of course the greatest fish and chips in Disney World. 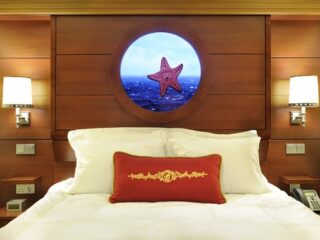 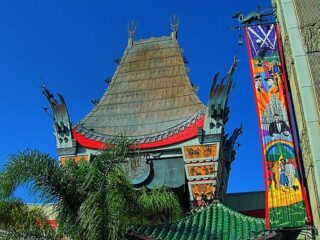 On Nov. 9th, I purchased the "Dianna" look a like ring for a Christmas gift and today was the first time wearing it, one of the simulated diamonds is missing. Is there any way I can get a replacement? It is a size 9 ring.

I wish to buy something from the UK store in Epcot. while visiting two months ago, I bought an oval shaped red sticker that said, "Keep Calm and Carry On." I wish to purchase six more of these. How do I do this. By the way, the Rose and Crown is great. We always stop there for an excellent meal.