Extinct Disney Attractions We Want Back

Most of the time, Disney attractions close to make way for something better. Star Tours: The Adventure Continues is far superior to the original Star Tours, Muppet Vision 3D was getting dated, Maelstrom was – well… just a bit weird.

While we’re okay with those rides closing down, there are many instances where beloved attractions close and are sorely missed by the Disney park fans.

It’s understandable why Disney shut down these attractions – loss of sponsorship, budget cuts, etc. – but nonetheless, we’d do anything to ride these gems again.

Here is a list of some of the extinct rides we’re begging Disney to bring back.

This was Disneyland’s equivalent of Tomorrowland Transit Authority PeopleMover over at the Magic Kingdom. You can still see the abadoned track hovering over Tomorrowland.

In the 90s, Disney imagineers planned to retheme Disneyland’s Tomorrowland to something that resembled Discoveryland at Disneyland Paris. They would retheme most of the attractions, including the PeopleMover, which turned into Rocket Rods.

However, Rocket Rods was a failure, as it broke down constantly and many found it boring. On top of that, there are rumors that it permanently damaged the foundation as it wasn’t designed for such a fast attraction.

This means in order to reopen the PeopleMover, they’d have to tear down the whole track as well as the buildings that it ran through, such as Star Tours and Space Mountain.

I love Transit Authority and would really like to see something like it come over to Disneyland. It’s a relaxing experience, offers some great views, and it’s really fun going through the different attractions.

However, if those rumors are true, I can’t see how they’d reopen this anytime soon…

Even though it’s only been a few years, I sorely miss this show. I know there’s a clone of it in Walt Disney Studios Park in Paris, but I wish we could still have a version here.

While Galaxy’s Edge, which replaced the attraction, is much better, I still loved this show.

It was really cool seeing a camera crew shooting an action movie – it was a great idea for an attraction. Not only that, but the stunts were amazing too. I can’t imagine how long it took them to organize the “Ballet Chase” at the beginning.

The only part that didn’t work was when Lightning McQueen is hunted by that spy. It felt very out of place.

The rest of the show was fantastic though, and I wish I didn’t have to travel so far to see it again.

This ride took you over Tomorrowland, through the Matterhorn, then over Fantasyland, giving you a great view of both lands.

It closed because Disney couldn’t afford to fix some damage done on the beams going through the Matterhorn, as at the time they needed money to maintain the newly opened Indiana Jones Adventure.

Given the description of the ride, you can see why we want this to open back up – I’d love to see the park from high-up! They do have a skyway in Disney World, which transports guests to different areas around the resort, but it isn’t in a Disney park, However, we’d love it if we could something like in Disneyland.

This version of the attraction was far superior to the one in Disneyland, mainly due to the ride having two tracks, each offering a different experience.

Many who loved the ride were outraged by the announcement that the attraction would be turning into the Many Adventures of Winnie Pooh, even going so far as to protest in front of the ride.

While Disney has never confirmed the exact reason why they closed the attraction, many believe it was because Winnie the Pooh was much popular than Mr. Toad given the character’s popularity. Another theory was that the attraction wasn’t “family-friendly,” given that the dark finale of the ride where you get hit by a train and go to hell.

The Many Adventures of Winnie The Pooh is a good attraction, but Mr. Toad was much better. It had a dark edge to it, much like other Fantasyland rides, as well as unique ride system with its two tracks.

Before Mission: SPACE, there was Horizons, an attraction which took you to the future and showed you how people lived with the technological advancements of the 21st century. It was open in the 80s and 90s, so their future was the 21st century.

On the attraction, you went to future homes in the desert, city, as well as homes located underwater and in space. It was a great ride, especially with its choose-you-own-ending finale.

Like Mr. Toad, Disney never confirmed why it shut down. However, the most likely reason was General Electric ceased their sponsorship for the attraction, meaning Disney couldn’t afford to maintain it.

There’s also evidence that suggests they accidentally built the attraction on a sink hole, meaning the structure was a safety hazard.

I’d love to see this attraction come back. It’s especially disappointing because Mission: SPACE is nowhere near as good as Horizons. People like Mission: SPACE, but I’ve never heard anyone say it’s their favorite attraction.

The premise of the attraction was brilliant – a ride through some of the most iconic movies in Hollywood.

It was a very dated attraction, but if they updated with more revelant movies and better technology, I think it could still work.

I love Mickey and Minnie’s Runaway Railway, but to be honest, I don’t think it fits in with the Chinese Theater theme. They’re planning on bringing the attraction over to Toontown in Disneyland, and I think that’s a much better fit.

I’d love to see this one come back – just… not at the Disney parks. I completely understand why Disney closed this attraction – in no way did it have a place at Magic Kingdom.

Some say it might’ve worked at a more “adult” Disney park, like Hollywood Studios and Disneyland, which both had their own share of darker attractions such as Tower of Terror and Indiana Jones Adventure.

I still don’t think it would have been received well. Disney will always be seen as a family theme park, and even though there are “scary” attractions, they aren’t anywhere near as intense as Alien Encounter.

However, I’d love to see this attraction come to Universal Studios Halloween Horror Nights. I know I’m mixing my theme parks here, but this attraction really always would have found a better home in Univeral Studios.

The history of this attraction is facinating. At one point, they planned on basing the attraction around the Alien movie franchise and would be an extremely violent shooter ride with xenomorphs attacking you.

Michael Eisner, the CEO of Disney at the time, was all for it, but George Lucas convinced him the ride would be too intense. Lucas wasn’t wrong…

If you’ve ever looked into the history of this attraction, it’s no surprise this is on the list.

This attraction is basically a showcase of imagination being set free. It was a beautiful attraction.

Like Horizons, the problem was they lost their sponsorship for the attraction, and so they had to change the attraction so they could afford to run it. They turned it into Journey Into Your Imagination, which was a low-budget, uninspiring dark-ride that literally insulted the guests, with the main host of the attraction, Eric Idle, saying the audience has no imagination.

This version was only open for three years, and was changed to Journey Into Imagination with Figment. It was better, but still remains as one of the worst attractions at the Disney parks.

Hopefully, with the Epcot revamp, they’ll replace Journey Into Imagination with Figment with the original version.

What other extinct Disney attractions would you want to bring back? Let us know! 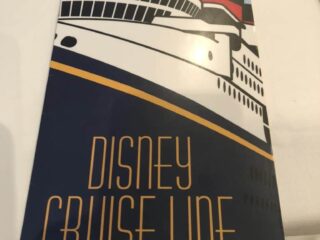 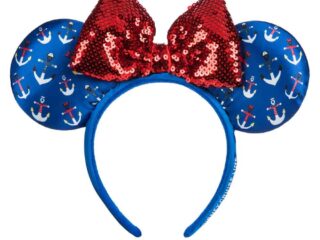