What Should You Not Miss At Disneyland?

If you are planning a day at Disneyland you may not be able to see all the attractions and rides that you want to.

These are the rides you don’t want to miss at Disneyland Resort, including attractions from Disneyland and Disney California Adventure Park.

Star Wars: Rise Of The Resistance

This is my and many other Disney parks guests’ favorite attraction at Disneyland. I’m not going to give you a description of what the ride is, because the less you know, the better. No spoilers here.

Part of why Rise of the Resistance is so great is because it’s so immersive. It really feels like you’re in – well… you’ll find out.

You also play a huge role in the story. In a lot of theme park attractions, you’re just watching the story unfold in front of you, and are a mere observer. Rise Of The Resistance lets you live out your own Star Wars story.

The only snag with Rise Of The Resistance is you have to reserve a spot to ride the attraction and those spots disappear in seconds.

You have to be there early in the morning at rope drop and keep pressing the reserve button on the app until you get a spot. And even if you get a reservation, there’s no guarantee that you’ll get to ride, as they might not let all the boarding groups in by the end of the day.

It’s a pain, but it can be done, and it’s worth it in the end. Rise Of The Resistance is one of the best theme park attractions in the world.

This is your chance to live out your childhood dream and pilot the iconic Millennium Falcon from the Star Wars movies. Not only will you get to sit in the cockpit, you’ll also get to wander the ship’s halls and sit in the Chess Room seen in Episode IV: A New Hope.

The Smugglers Run cockpit holds six passengers. Each has a different role in piloting the Millennium Falcon. There are three roles: pilot, gunner, and engineer. The best seat in the house is the “right pilot,” as they get to put the ship into hyperspeed.

The line can be pretty long, usually somewhere between 45-70 minutes. Even if it’s 70-minutes though, it’s well worth the wait.

A fast roller coaster through the dark depths of space, complete with twists, turns, and steep drops. You’ll whiz past planets, stars, and asteroids as you soar through space.

This is the most exhilarating experiences at Disneyland. It takes place in the dark, so you don’t know what’s coming next. It might be sharp turn, an incline, or a steep drop – you don’t know!

Space Mountain also feels really, really fast, as the stars zoom past your head and the wind blows through your hair (I never knew space was so windy).

And to top it all off, it has the best soundtrack on any of the theme park attractions. It has a classical and sci-fi feel to it, and it builds and builds as the roller coaster speeds up.

For fans of the movies, like myself, this is the ultimate Indiana Jones experience. It takes place in the Temple Of The Forbidden Eye, where the god Mara grants guests with one of three gifts: visions of the future, eternal youth, or riches beyond count.

But, there’s a catch – whatever you do, don’t look into the eyes of Mara!!!

Given that this is an Indiana Jones ride, of course, everything turns to chaos, and the temple starts collapsing.

This ride is so much fun. In order to escape the temple, you have to speed through a barrage of mummies, bugs, fireballs, and more terrors. It perfectly encapsulates the feel of adventure, terror, and excitement from the Indiana Jones movies.

It’s not as good as it sounds – it’s better.

Sail the high seas and return to a time where pirates ruled. You’ll sail through a bayou, a haunted pirate’s cave, a pirate ship battle, and a town being raided by pirates. Plus, there are two drops.

This was one of Disneyland’s first large-scale immersive dark rides. They had built dark rides before, such as Mr. Toad’s Wild and Peter Pan’s Flight, but not to this scale.

There are many, many animatronics throughout the ride and the sets are huge and intricately detailed.

It was created fifty years ago, and yet it’s still one of the best rides at the park. This attraction is of course not only in Disneyland. See which is the Best Pirates of the Caribbean Ride in any of the Disney parks.

If you are a fan of this attraction and have a large budget you can even stay in the Pirates of the Caribbean Suite in the Disneyland Hotel.

Take a slow, spooky tour through the Haunted Mansion and witness an endless hallway, a séance room, a ballroom full of dancing ghosts, a haunted graveyard, and more.

The effects in the Haunted Mansion will make your mouth drop. It really looks like there are ghosts standing right there before you.

And don’t worry, the ride isn’t very scary. The atmosphere is creepy and it’ll give the chills with its ghostly music, gothic design and spooky sound effects.

That’s about it though. It’s not gory, there aren’t many jumpscares, and for a huge portion of the ride, it has a light-hearted, comedic tone.

A roller coaster dedicated to the Incredibles family and all their heroic deeds. Everything goes haywire though when Jack-Jack’s powers go out of control and the Incredibles have to try to catch him.

The Incredicoaster is one of the most intense and thrilling attractions at the Disneyland resort. It’s the only roller coaster with a catapult launch and a loop.

It’s heavily inspired by roller coasters at vintage boardwalks. The only difference is the track is made of steel, so it’s a smooth experience unlike many you’d find at piers.

Unlike many other Disney attractions, the theming is a little lackluster. Still, the roller coaster itself is very fun and is perfect for thrill junkies.

An interactive 3D experience based around boardwalk games themed after the Toy Story characters. Each passenger gets a blaster and has to shoot as many targets as they can.

Toy Story Midway Mania is pretty much a video-game combined with a theme park attraction. The game is fast paced (yet easy to play) and tons of fun.

This is one of the best family rides at Disneyland Resort. The raft spins around and around, and so you never know who’s going to get soaked next. In one instant, it looks like the person opposite is about to get sprayed on, then the whole raft spins and YOU end up getting wet!

It’s a lot of fun and can be really funny – that is, as long as it’s not too cold…

Soarin’ Around The World

Board a gilder and see wonders all around the world, including the Eiffel Tower, the Taj Mahaal, and the Great Wall of China.

I love how relaxing Soarin’ is. It’s a peaceful, slow flight over the world, complete with a cool breeze effect, some scents from the places you visit, and a flowing soundtrack that perfectly encaptulates the feeling of flight.

It’s an attraction that anyone can enjoy.

Guardians Of The Galaxy – Mission: BREAKOUT!

The Guardians Of The Galaxy are being held captive by the Collector, and it’s up to you to break them out. The plan is to take the gantry lift up to the power generator, then blow it up, which will kill the power to the Guardians’ cages so they can escape.

What could go wrong? Well, there are two problems. First, not only do you kill the power to the Guardians’ cages, but also every single alien and monster in the facility. So… they’ll all be set free. Second, if the power goes out, the gantry lift will lose control and send you flying up and down the elevator shaft. So… the plan might be as ingenious as it sounds.

This is a personal favorite of mine. The drop tower is so much fun. They pull you down so fast that you get lifted out of your seat!

They also play music as you’re going up and down. Some of the songs they play are “Born To Be Wild” by Steppenwolf, “Hit Me With Your Best Shot” by Pat Benetar, and “Give Up The Funk” by Parliament.

Each variation of the ride has a different song, as well as different show scenes and drop sequences. In total, there are six different variations.

It’s race day in Radiator Springs and Lightning McQueen and the rest of the characters from the Cars movies are signing you up for a race around Ornament Valley.

The first two thirds take place indoors, where you see characters and locations from Cars and live out some of the iconic scenes from the movie.

The best part however is the finale where you are put up against other riders in a race around Ornament Valley. It’s fast, it has lots of drops, and it’s tense as you and and your opponent tries to gain the lead.

Unfortuanetly, like Star Wars: Rise Of The Resistance, it can be a bit of a challenge to get on this ride. The line usually has a 50-70 minute wait and the Fastpasses run out quickly.

If you want to ride Radiator Springs Racers, head there as soon as you can, either to get a Fastpass or to get in the line while it’s a short wait. 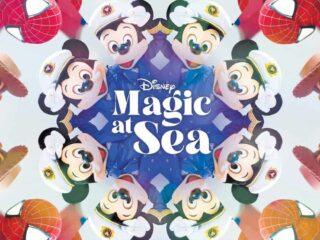 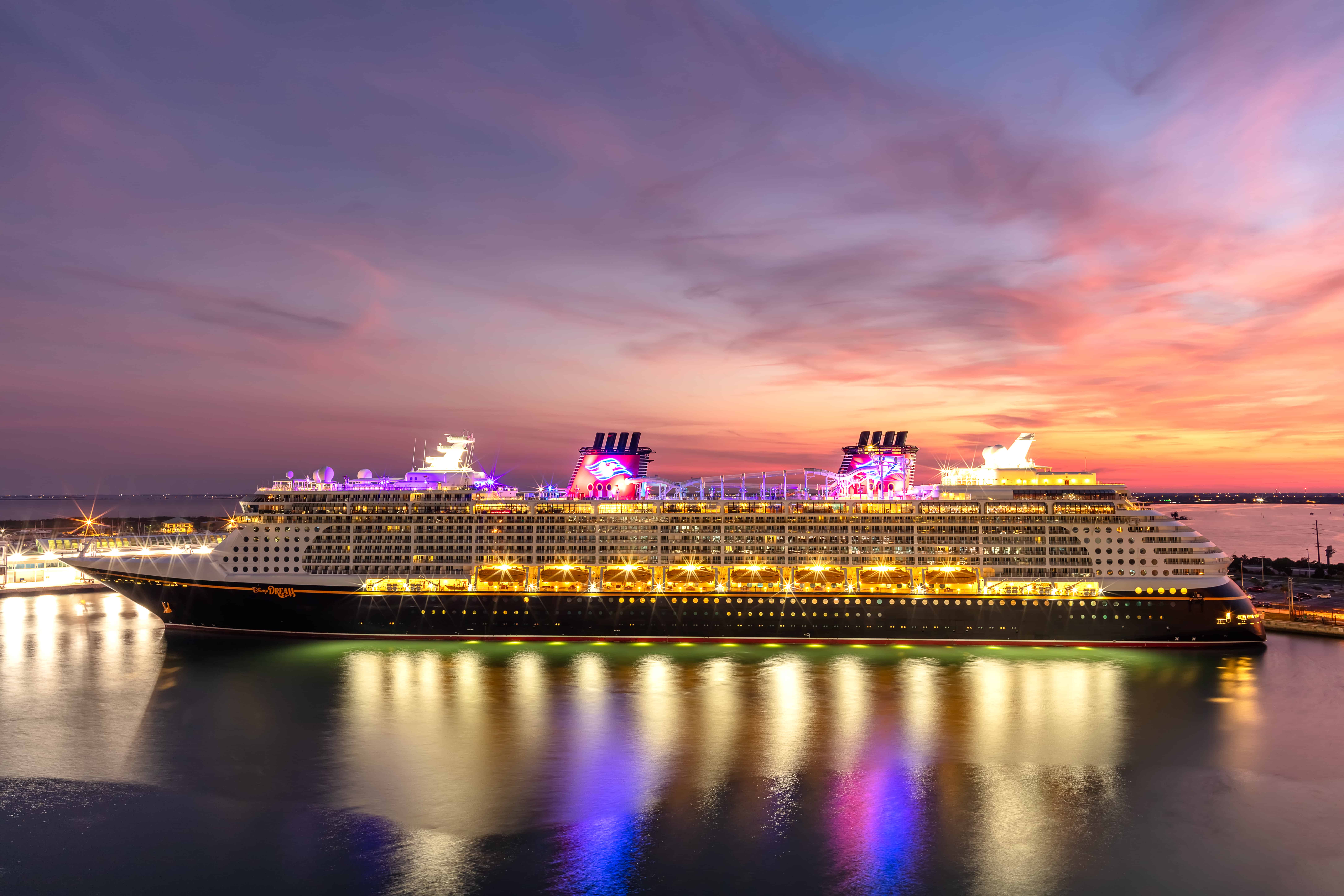