Which Disney Park is Best?

Walt Disney World has four of some of the most groundbreaking theme parks in the world: Magic Kingdom, Epcot, Hollywood Studios, and Animal Kingdom.

They can take you to worlds long ago, worlds far away, worlds of fantasy, and even worlds from outer space.

However, given that all of the Disney Parks have something great to offer, it can pretty tricky to pick which one to visit.

Of course, ideally you would spend time at all the Disney Parks as each has something to offer. However, realistically many people are restricted by either budget or time and have to choose which park to prioritize.

So today, we’ll have a look at which one is best suited for you.

Magic Kingdom is the most stocked with Disney characters they can meet. The highlights in terms of characters are the character dining experiences at Crystal Palace and Cinderella’s Royal Table.

At Crystal Palace, you meet Winnie the Pooh and his friends, while at Cinderella’s Royal Table you can meet your favorite Disney Princesses.

There are also plenty of character experiences at Animal Kingdom, including a meet-and-greet with Donald Duck, Daisy Duck, Chip and Dale at Dinoland U.S.A.

And of course, there are many animal encounters you can experience at Animal Kingdom. The best place for animal encounters is Kilimanjaro Safari’s. You board a Safari Jeep in the African savannah and get a close-up view of crocodiles, lions, giraffes, rhinos, and many more animals.

This one might be too rough for babies, as it gets very bumpy – in fact, I’d probably avoid taking a baby on this one. But toddlers will love it.

Keep in mind, there are only a few rides for babies and toddlers at Animal Kingdom. However, again there are plenty of animal encounters that they’ll love.

If the lack of rides is an issue though, go for Magic Kingdom.

Hollywood Studios is the best choice for tweens and teens. I can’t think of one ride they’d think is a dud. Pretty much all of them are near 10/10s.

The best ride at Hollywood Studios (possibly even the entire resort) is Star Wars – Rise of the Resistance. This is a highly immersive attraction based around a daring escape from a Star Destroyer.

There’s also the iconic Tower of Terror, a drop-tower ride in a haunted hotel that drops you faster than the speed of gravity.

Another highlight is Toy Story Mania, which is basically a theme park ride combined with a video game.

Some of them might sound like kiddy-rides, like Slinky Dog Dash, but I’m totally honest in that all of the rides at Hollywood Studios are a ton of fun.

This one is the trickiest to pick, and I might have to just go for a tie between Hollywood Studios and Animal Kingdom.

Again, the rides at Hollywood Studios are absolutely incredible. You can’t miss out on rides like Millenium Falcon – Smuggler’s Run or Star Tours.

It also has some of the best shows at the resort, like Fantasmic, a night-time spectacular featuring fireworks and characters from your favorite Disney movies such as Beauty And The Beast, Aladdin, and Sleeping Beauty.

Animal Kingdom has a couple rides that stand toe-to-toe with some of the ones at Hollywood Studios. Avatar – Flight of Passage is the most realistic flight simulator ride I’ve been on. It’s so realistic that some people even get emotional on it.

Expedition Everest is another highlight. It’s a high-speed roller coaster through Mount Everest that includes a backward section in the dark as well as an 80-foot drop.

There are some other good ones too, like Dinosaur and Kilimanjaro Safari’s, but not quite as good as some of the ones in Hollywood Studios.

However, Animal Kingdom, out of the four parks, has the best theming. The park is a celebration of nature, so there’s no wonder it’s so beautiful.

I’d honestly go in there to just sit and take the scenery in. It’s just so peaceful.

However, if you’re only bothered about the rides and you’re not much of an animal lover, go to Hollywood Studios.

If you’re not able to go for the thrill rides and want a more low-key experience, go for Epcot. Pretty much all the rides at Epcot are tame.

My favorite is Spaceship Earth, which takes you through the history of communication. That might sound boring at first, but while some effects are dated, it has a good story and the sets are very impressive.

There’s also the Frozen ride, Frozen Ever After, which is reminiscent of a classic Disney dark ride, updated with technologically advanced special effects.

There are also a lot of shows in World Showcase, including The American Adventure, a patriotic look at U.S. history, complete with an impressive array of audio-animatronics.

The best time to go to Epcot is when the International Food & Wine Festival is on, usually around mid-July to mid-November (double check the dates on the official Disney website, as they’re subject to change).

At this time, stalls open around Epcot where you can try all kinds of food and drinks from around the world. It was honestly my favorite part of Epcot the last time I went.

Magic Kingdom has the most options for all age groups. There is something for everybody. Adults and teens would probably like the other parks more, but there’s still a lot for them to enjoy.

I’d say the worst one for families is Epcot. I like Epcot, but to be honest, I think it hosts some of the weakest attractions at the resort.

I love Spaceship Earth and Guardians of the Galaxy – Cosmic Rewind, but those are the only two standouts for me.

However, some rides honestly put me to sleep like Living With The Land and Journey Into Imagination.

I’ve been to Epcot as a toddler, teen, and an adult, and I’ve always thought there wasn’t much to do. That might change though with the opening of some of the new attractions, like Moana’s Journey of Water.

Hollywood Studios has two of the most intense thrill rides at Disney World.

The first is the Tower of Terror (one of my favorites), which is a drop tower that pulls you faster than the speed of gravity set in a haunted hotel.

This attraction is pretty much perfect. The theming is incredible, it has a great story, and the drops are super fun.

The second thrill ride is Rockin’ Roller Coaster. This is a coaster in the dark with a catapult launch, three inversions, and a killer soundtrack by Aerosmith that blasts in your ears as your zoom along the track.

Keep in mind though, Animal Kingdom also has some great thrill rides. Expedition Everest has a few scary drops and can reach some very high speeds.

Flight of Passage is also pretty thrilling. The flight simulator can be pretty aggressive, including one part where it feels like you’re diving straight down a mountain.

Then there’s the scariest ride in all of Disney World, Dinosaur. It’s not fast and neither does it have any big drops. However, the dinosaurs run at you pretty fast and get very close.

If you’re a thrill seeker who wants something really intense, go for Hollywood Studios. But Animal Kingdom has its gems too, even if they aren’t as thrilling.

Another meet-and-greet is at Princess Fairytale Hall, located in Fantasyland.

The best part of the park though is Be Our Guest, a restaurant in the iconic ballroom from Beauty and the Beast. It looks just like the one from the movie is truly a breathtaking experience.

It includes two Star Wars rides: Rise Of The Resistance, where you’re captured by the First Order and have to escape a Star Destroyer, and Smuggler’s Run, where you pilot the Millenium Falcon.

There is a lot to experience besides that, such as building your own droid, visiting a canteen where you can try blue milk, and even a build-your-own-lightsaber experience.

Hollywood Studios also has Star Tours – The Adventures Continue, which is located in Echo Lake, separate from Galaxy’s Edge.

In this one, you ride a spaceship and experience some of the most iconic moments from the movies, including, depending on which variation you get, a podrace. This one isn’t as high-tech as the others, but it’s still a great Star Wars experience.

Last, there’s Star Wars: Launch Bay, which has replicas of the props from the movies, meet-and-greets, and a movie theater. This is also in a different area of the park, Animation Courtyard.

As you can see, Hollywood Studios is the hot spot for Star Wars attractions. 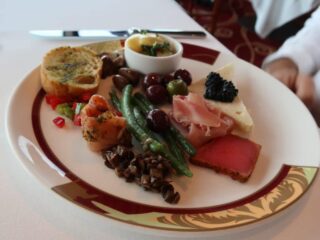 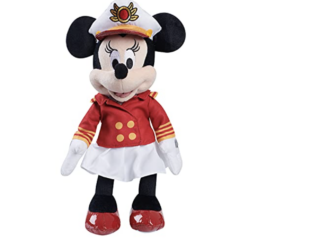