5 Easy Disney Songs Anyone Can Play On The Piano

In my opinion, when you’re starting to learn an instrument – or at least most instruments – it’s important to learn your favorite songs as fast as possible. I find that if you learn to play a song that you truly love, it encourages you to practice more.

Given that 90% of the people reading this article are Disney fans, I imagine you really love Disney music like I do.

In case you’re wondering who’s in the other 10%, half of them are just looking for some easy piano songs and don’t mind what kind of songs they are, then the rest are people who’ve clicked this link on complete accident, and have realized this is not the cocktail recipe they were looking for. To the latter group, I do hope you find what you are looking for.

Anyway, for those who love Disney music and want to start playing piano, here’s a list of 5 easy piano songs that anyone can play.

Before we get started, I just want to say it’s okay if these songs take a while to get down. Just keep practicing and you’ll get it! Also, in the videos below, the green bars mean you play that note with your right hand, and the blue ones your left.

Took me about thirty attempts to spell “ratatouille,” but I got it in the end.

This song is great for beginners, especially with the tutorial above, since you’re only using one hand.

Playing a song with one hand is a great start for beginners. Have fun!

I See The Light – Tangled

If you want to impress the ladies ASAP, learn this one. It worked for me – until I tried to sing it… Then she left.

If you’re doing these in order, this is a good step up from Le Festin, because you use your left hand in this song.

Don’t worry, using the left hand isn’t as hard as it looks. Just make sure you learn to play it slowly fast, then gradually over time you’ll be able to play it faster and faster.

This is about the same difficulty as I See The Light, so if you got that down you should be able to play this.

If you’re struggling, try slowing down the video. You can do by pressing the gear symbol on the bottom right (which appears when you hover your mouse over the video), then playback speed and set it to your desired speed.

After that, search up a music video of your choice, then set the playback speed to 1.5 or higher. This won’t make you a better piano player at all – it’s just funny to hear the singer sing in a squeaky voice.

Stuff We Did – Up

My favorite song on this list. Up is also my favorite Disney movie.

This one is a little more tricky then the others in that there are lots of different chords in it. I’m sure you’ll get it down though! Just start playing it slowly, then you’ll get faster and faster at it.

He’s A Pirate – Pirates of the Caribbean

Once you start playing this one fast, it’s so much fun! It’s one of my favorite songs to play on the piano, and the good thing is it’s not too hard to play.

If you want a bit more of a challenge, try this one. Or if you want to go real crazy, go for this next one –

Which is your favorite easy Disney song to play on the piano?

Easy Disney Songs to Play on the Guitar

Easy Disney Songs to Play on the Ukelele 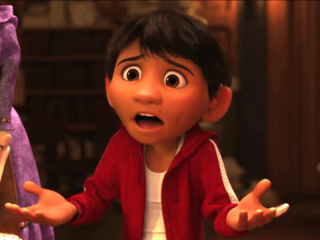 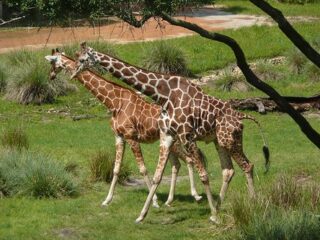 What about all the songs played in the films sense and sensibility and the series pride and predurjiced?