Animal Kingdom is a must-do for theme park fans. It offers groundbreaking attractions that are one-of-a-kind.

Not only do they offer lots of thrills, they also tell a story and make you feel like you’re across the world in India, the Savannah, or sometimes, even out of this world.

What Rides are in Animal Kingdom Florida?

We will start with an Animal Kingdom rides list and then talk about them all in more detail.

In this guide, we are only discussing Disney’s Animal Kingdom rides. This means attractions where you are seated in a moving vehicle.

Whilst there are 20 attractions in Animal Kingdom, there are only 8 which we classify as “rides”.

Primeval Whirl has now been dismantled – there have been no announcements yet as to what attraction will replace it.

Here is a full guide to all the rides at Animal Kingdom, with tips, tricks, and all the details you need.

This is a thrilling dark ride that takes you back in time to the Cretaceous period when dinosaurs ruled the Earth.

You first enter a museum in the Dino Institute, which has a display of dinosaur fossils, including one of a life-size carnotaurus.

Then you enter the preshow, where a paleontologist explains that you’ll be going back in time to the cretaceous period to try and bring an iguanodon back to the present day (just try not to think too hard about the morality of this).

What’s slightly worrying is that he’s planning on sending you back to the time right before the asteroid that wiped out the dinosaurs crashed into Earth… But he assures you that you’ll be out of there just in time. So everything should be fine, right…?

You then board a Time Rover, which uses the same EMV jeep vehicle as the Indiana Jones Adventure at Disneyland. Fun fact: the tracks for the two rides are near identical.

The Time Rover takes you back in time and you end up in a dark jungle in the cretaceous, where hungry dinosaurs chase after you, looking for something to eat.

This ride is so much fun because it’s so scary. The dinosaurs pop out of nowhere and every time you think you’re safe, another comes out of the bushes and chases after you.

Besides the scary dinosaurs and the moments in the dark, the ride isn’t that intense. You’re basically just zooming around in a bumpy car. There are sharp turns and there is a drop, but you barely notice it, because it’s pitch black and you move slowly down it.

If you like to get scared or you just love dinosaurs, this ride is perfect.

However, the ride needs an update. The animatronic dinosaurs don’t move realistically and some effects don’t even work anymore. I still love it, but the more I ride it, the more I notice how dated the effects are.

Also, as you could tell, this ride is not for everyone.

What makes it scary is that a lot of it’s in pitch-black darkness, there are a few jumpscares, and the dinosaurs have a scary design.

It’s fun, but I wouldn’t take small children on it.

Which are the Best Animal Kingdom Lodge Rooms?

This ride is pretty much a copy of Magic Carpets of Aladdin and Dumbo The Flying Elephant. The only real difference is you ride a triceratops.

This is located in Chester and Hester’s Dino-Rama at Dinoland U.S.A., which is basically a dinosaur-themed carnival complete with flashy lights and carnival games.

To be honest, the only guests who will enjoy this are small children. It looks cheap and feels like something from a tacky carnival, not a Disney ride.

Still, kids will like it and it is a pretty cute ride.

Expedition Everest is one of the first things that’ll catch your eye when you first arrive in Animal Kingdom. It’s a 200-foot realistic sculpted mountain that towers over the park. You can even see from pretty far outside the park.

Inside Mount Everest is a high-speed roller coaster that includes a backward section, a steep 80-foot drop, and a close encounter with the terrifying Yeti who guards the mountain.

This has one of the best queues in Disney World. You go in a travel agency office that advertises trips to Everest. Then you wander through an ancient temple with sculpted holy figures. Here, you can get eerie glimpses of Everest looming in distance.

The last part is a Yeti museum, which features compelling evidence that the Yeti is real, making you more anxious about the expedition ahead.

It sets up the story perfectly and is entertaining throughout.

The roller coaster itself is a massive amount of fun. It’s a big step up from Big Thunder Mountain. So while kids can enjoy it, it’s definitely more catered to teens and adults.

It doesn’t go upside-down and it’s not as extreme as Rockin’ Roller Coaster, but it does have some frightening moments, particularly the backward drop in the dark.

This is my favorite thrill ride at Disney World. It’s a great roller coaster that’s sure to wow thrill junkies. You can’t miss it if you go to Animal Kingdom.

Animal Kingdom’s signature attraction, Kilimanjaro Safaris, is the closest thing you’ll get to an actual safari in the African savannah.

You board a Safari Jeep and get a close-up look at your favorite animals, such as elephants, rhinos, zebras, lions, and giraffes in their natural habitat.

They complete the feel of an African safari by having real African plants, rocks, trees, and by having the space be so big and open.

In fact, the entire attraction is so large that it’s the same size as Magic Kingdom.

One of the best parts of the attractions is when you get fairly close to some lions. They aren’t behind any visible barrier like at zoos, making it feel like a real savannah and that they could approach you at any time.

Of course, there are barriers and there’s no way they could actually get anywhere near the guests. Still, it feels authentic.

There isn’t much you need to know about this one. In fact, I thought about not including it on the list because it’s not really a ride. It’s just a means of transport.

It’s a train that takes you to and from Rafiki’s Planet Watch and is the only way to get to that area of the park.

The only interesting part of the train is you get a behind-the-scenes look at some of the animal care areas, but you don’t see much.

Rafiki’s Planet Watch has a petting zoo (one of the only areas where you can have close interactions with animals), a drawing class, and a conservation station that has a number of animal exhibits where you can even see vets in action helping injured or sick animals.

Rafiki’s Planet Watch is a good way to get away from crowds and it has some great exhibits. But, you can find something similar at a lot of zoos. It’s not a loss if you miss it.

This is your classic river rapids ride, much like Grizzly River Run in California Adventure. You spin and crash your way through a rough Indian river on a raft, and even fall down a drop.

The Indian jungle that you journey through is breathtaking. It is absolutely beautiful. The queue is great too, as you walk into ancient temples, shops, and homes which all have a lot of detail.

The ride has a small drop and parts where you crash through rapids. So the ride is pretty tame and suitable for families.

Keep in mind, you may get completely soaked and you are pretty much guaranteed to get wet. This makes it the perfect ride for a sunny day!

However, I, along with many others, think that this is the weakest ride at Animal Kingdom.

It’s not that thrilling, there isn’t much to look at, and it’s short. It’s not bad, but there just isn’t anything notable about the ride besides the scenery.

This is a slow boat ride that takes place at night time deep in the forests of Pandora, where the trees and plants light up in a beautiful fluorescent glow.

This ride looks incredible. The scenery and fluorescent lights are so beautiful, and even though it’s all fake, it feels so alive. You truly feel like you’ve been transported to an alien planet. I’ve not been on a ride quite like it.

Then to top it all off, it has one of the most advanced animatronics at Disney World, the Shaman of Songs. When I first rode it, I thought it was just someone in makeup. I’m not kidding – it’s that life-like!

However, while the attraction is great, it’s not worth waiting in a long line for. The main issue is it feels really short. When I went on it the first time, at the end, I thought “oh, it’s already over?”

Avatar – Flight Of Passage (Pandora – The World Of Avatar)

Now we’re getting to the really good stuff! This is my favorite ride at Disney World (alongside Rise of the Resistance).

On this ride, you take a ride on a Banshee (Avatar’s equivalent of a dragon) and soar over Pandora. Its nickname “Soarin’ Over Pandora” actually sums it up pretty well, given that it’s a lot like Soarin’ Around The World.

But, it’s much better than Soarin’. The flight simulator is much more realistic, with much more dynamic movement. People even get emotional on this ride because it feels so much like you’re flying.

That, along with other special effects, including one where you feel the Banshee breathing between your legs, completely immerse you into the world of Avatar.

The last time I went time to Animal Kingdom, I waited 90 minutes for this ride twice. Absolutely worth it, and I’d do it again.

Keep in mind, some get motion sick on this one, as it moves fast and it has 3D effects.

Also, the seats might be uncomfortable for some guests. They’re like motorcycles. There’s a test seat at the entrance of the ride if you’re concerned.

As for intensity, while it is fast and intense, it’s very smooth and it doesn’t drop far. 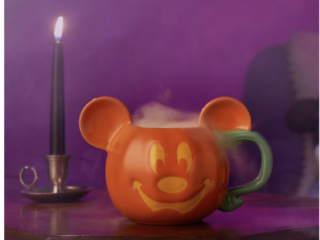 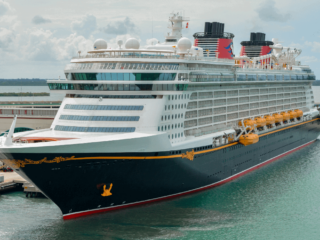