Want to know more about the Disney Kilimanjaro Safaris?

One of the most immersive of all the Animal Kingdom rides, the Disney Kilimanjaro Safari takes you on a journey through the African planes.

This highly unique experience is one of the highlights of any trip to Disney’s Animal Kingdom. It truly is an adventure that you cannot find anywhere else in North America.

Discover what you need to know about Disney Kilimanjaro Safaris so that you and your family can get the most out of this immersive attraction.

Walt Disney himself always wanted to have live animals incorporated into his theme parks.

Whilst in Disneyland this dream was kind of realized in Jungle Cruise (Walt originally wanted real animals for this attraction), Disney’s Animal Kingdom finally achieved that dream.

The area where your Kilimanjaro Safari Bus will take you is vast.

And it is home to 34 different species of animal including lions, hippos, giraffes, and elephants.

The first experience of any Disney ride is the line area!

The advantage of the Kilimanjaro Safari Ride is that the queue is well-shaded.

There are some things to look at along the way, including some videos about conservation. But mostly the best thing about this line is that it is in the shade!

It can get very very hot in Orlando and it can be a challenge to wait in line at the height of the heat. There are a few spots where you can even sit down on a small wall which gives your feet a bit of a rest!

This is one reason not to ride Kilimanjaro Safari in the heat of the day – the queue will be a lot easier to deal with if it is a bit cooler.

A short way into the line you will have to put your stroller in the parking place.

A Cast Member will be there to guide you to the exact spot.

Then by the time you get back, your stroller will have moved of course!

Lots of guests think that Kilimanjaro Safaris is on a track, but it isn’t. Those safari vehicles are true off-roaders controlled by the Cast Members!

Each ride vehicle holds up to 32 guests in 9 rows each seating up to 4. There is no height requirement for this Animal Kingdom ride.

It is very much for families, but as I discuss below, it is very bumpy.

Take notice of the warnings.

If you have a health condition or are pregnant give Disney’s Kilimanjaro Safaris a miss!

Is there a best place to sit on the Disney Kilimanjaro Safari ride?

There really aren’t any bad seats, but the best is the front and the back row.

However, be aware that the further towards the back you get, the bumpier the ride!

If you have small children they should not be at the edge.

In front of you, there are signs which help you recognize which animals you may see on your safari.

The most popular sitings are those of elephants, giraffes, gazelles, rhinos, crocodiles, hippos, and lions.

The safari guides always make sure that they keep you entertained as well as educated. And they will try their best to point out the sometimes very well camouflaged animals.

If you can be organized enough it is a great idea to take some High Powered Binoculars with you.

I went on the safari ride for years before I actually did this. It made a huge difference to what you can see.

There is usually plenty of time to take photos of the animals. Your Cast Member guide will do their best to point out the best photo ops.

Don’t worry. Of course, Disney’s Animal Kingdom has things well designed so that you are not going to get up close and personal with a lion. Big trenches separate humans from the dangerous animals.

Jurassic Park this is not.

Disney has some great tricks to keep the animals visible and happy.

Ever wonder why the lions are always sitting out on the rocks? Yes, they are mimicking what they do in the wild, but what most people don’t know about the rocks is that they are air-conditioned!

The lions originally came from a much cooler park in Oregon, so they needed a little help cooling down in the hot Florida sun. If it ever gets too cold, the rocks can be heated too!

Disney also knows how to get the animals as close as possible to you. How do they do this? The usual incentive for food and water.

They place food, watering holes, and salt licks close to the vehicle paths.

The emphasis is on safety both for humans and animals.

You might think you can reach out and touch that giraffe but there is a large system of trenches, bridges and fences on all the savannas to keep humans from the animals and to keep the animals from predators.

Many years ago there was a story about poachers with a graphic illustration of the fate of Little Red, a baby elephant. This storyline has not been seen for almost a decade as many considered it too upsetting for a Disney attraction.

What is the best time to ride the Disney Kilimanjaro Safaris? This Animal Kingdom ride is popular. And popular means lines.

The best tactic for the best time to ride Disney Kilimanjaro’s Safari? Arrive early. I know that’s always the advice, but it works.

If you can arrive at the Animal Kingdom at rope drop and then go straight to Kilimanjaro Safaris you will most likely be beating the crowds. Even better is if you have Early Entry at 8 am. You can really get ahead of the crowds.

The attraction is right at the back of the park. If you plan to be there early look at a map of Animal Kingdom so you get your bearings as to where you are going.

There are plenty of signs in the park, but it is always good to have an overall view.

There is another great reason to ride Disney’s Kilimanjaro Safari as early as possible. The animals are much more active in the morning.

You are more likely to see a greater selection of active animals than in the afternoon when it is hotter.

The Disney Kilimanjaro Safari wait times will vary from anywhere between 10 minutes to 120 minutes, This depends on the time of day as well as whether it is peak season or not.

As we have said, the lowest wait time will be as soon as the park opens.

If you leave it until 11 am you are likely to hit the peak wait times of at least 70 to 90 minutes.

Really try and avoid that time of day as it is likely to be the worst.

If you don’t get to the attraction early in the day, the next best time to ride Disney Kilimanjaro Safaris is usually around 3 pm onwards.

A lot of people head for the attraction earlier in the day and have cleared that area by mid-afternoon.

The wait times for this Animal Kingdom attraction are somewhat better now that Disney’s Animal Kingdom has extended opening hours. It used to only ever be open 9 am until 5 pm.

Now the hours are often extended into the evening so this also gives a chance to experience the safari ride at night.

The wait times for this Animal Kingdom attraction are somewhat better now that Disney’s Animal Kingdom has extended opening hours. It used to only ever be open 9 am until 5 pm.

Now the hours are often extended into the evening so this also gives a chance to experience the Disney Kilimanjaro Safaris at night.

This is a very different experience from touring during the day.

If possible you should try and ride once in the early morning and then go back late in the evening.

The least busy times will be just before the park closes.

Adapting the experience for nighttime was not an easy task. Disney had to spend more than a year preparing the animals and the environment for the nighttime Kilimanjaro Safaris.

They introduced some new animals, such as the nocturnal hyenas, to be better suited to the nighttime experience.

They also added a huge wall of graphic displays to enhance the Kilimanjaro Safaris at night. This is so that guests can actually have enough light to see the animals.

The graphics cleverly mimic a gradually setting sun over an extended period of time.

This is so that the animals can adjust to the environment and the guests can actually still see the animals which are up and about in the evening.

The Kilimanjaro Safaris at Night is definitely a different experience than during the day. Ideally, you should do both. If you have to choose just one though, I would say go in the morning. You are likely to see more active animals.

However, there are some Disney World rides that recommend that if you are pregnant you should not ride.

This is going to be very much an individual decision. There are some rides at Disney World where it is very obvious that a pregnant woman should not ride.

You probably aren’t going to want to sign up to ride Space Mountain, Expedition Everest, or Rock N Roller Coaster when you are pregnant.

But Kilimanjaro Safaris is one of those Disney World rides where you are thinking shall I or shan’t I?

I remember just wanting it to end almost as soon as it started.

I am fortunate and have experienced the Animal Kingdom Safari Ride many times. However, at that time I really wished I hadn’t. It’s fine normally to speed through the African planes in your safari vehicle over all the bumps, but when pregnant I just wanted to be somewhere else!

Will you be experiencing Disney’s Kilimanjaro Safaris on your next visit to the Animal Kingdom? 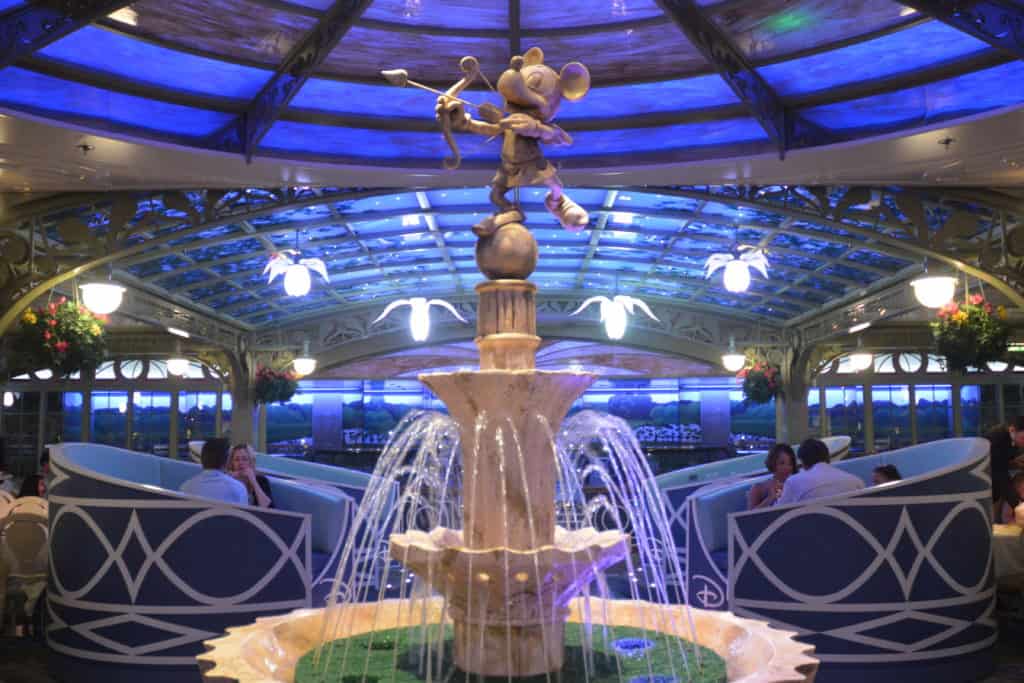 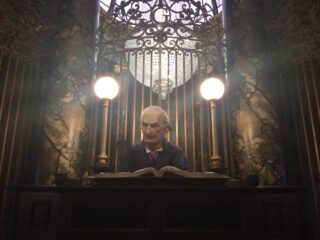