Cinderella Analyzed – A Story Of Being Rewarded For Hard Work, Or Letting Your Problems Be Solved By A Prince?

Is Cinderella Rewarded For Hard Work or Just Waiting to Be Saved by a Prince?

In recent years, Disney has received a lot of criticism for its portrayal of women in their movies. The Disney Princesses are usually the subject of most of the criticism.

We’ve all heard people say things like “Aurora is just a passive character waiting for her prince to come,” or “Ariel is whiny, immature, and made a terrible decision to sell her voice just so she could be with a handsome prince.”

Perhaps the Disney Princess that receives the most criticism is Cinderella. Audiences complain that she doesn’t take an active role in trying to get herself out of her situation and is just waiting around for her handsome prince to come and save her.

For a long time, I agreed with these criticisms, until I read about a different interpretation of the story that interpreted the character of Cinderella in a much more positive light.

Just to get something out the way first, I am talking about the Cinderella from the Disney animated movie made in 1950, not the 2015 remake.

What this “positive interpretation” said was that Cinderella was actually a story about someone being rewarded for their hard work. They said that it’s about destiny finally rewarding her hard work and it’s not that she waited around for a prince to come and save her.

Who offered this interpretation? The man himself: Walt Disney.

He said that Cinderella was his favorite heroine because he identified most strongly with her. They both worked extremely hard and fate rewarded them for it. For Disney, it was establishing the most remarkable media empires of all time. For Cinderella, it was living in a huge castle with a handsome prince.

After I read about Disney’s view on Cinderella, it made me consider whether I have been looking at the story incorrectly.

Which is it? A story about a woman being rewarded for all her hard work, or one about a woman just waiting around for her prince to save her?

To say that Cinderella isn’t hardworking is an unfair assessment. I don’t think people give her enough credit for all the hard work she does. Housework is incredibly difficult work – particularly back then when you didn’t have a robot vacuum. Although, my robot vacuum habit of leaving its dock station and proceeding to smash into the exact spot on the wall opposite for the next five minutes, so I’m not sure how much they actually help.

My point here is Cinderella isn’t a character who does nothing, unlike some of the other Disney Princesses.

The Flaws In The Argument

The thing with Disney’s interpretation of Cinderella is the movie doesn’t imply that she is being rewarded for all the work she had been doing for all those years.

Once she gets married, which is the “reward,” it feels more like she is getting saved from captivity, not being rewarded for working so hard.

Again, to me, it feels more like those two characters are saving her from the evil stepmother.

Personally, I think Cinderella is a story about miracles, not waiting for a man to save you, or about being rewarded for your hard work.

Cinderella is a slave and her life is absolutely miserable. Then, magically, her Fairy Godmother comes in and saves her from her suffering.

I like to see the story like that – that miracles can happen in the worst of situations.

You Interpret It The Way You Want To

Of course, there could be lots of interpretations of this story, and you can perceive the story in any way you want to. I can understand why people think Cinderella is waiting around for her prince to come or that it is about her being rewarded.

However, if there’s one thing that I do think people get incorrect is that the character Cinderella is a bad influence on girls. She is hard-working, kind, and it’s not like she states out loud “oh I need a prince to come to save me!” The Prince saves her by chance. She’s not like Aurora, who does sit around doing nothing waiting for a prince to come.

Of course, declaring that you love a man you just met and proceeding to marry him a few days later is not a mature decision. But other than that, I wouldn’t say Cinderella is necessarily a bad influence.

Just… make sure your daughters watch Frozen after they watch this. I guarantee they’ll be completely put off by the idea of marrying someone they just met!

Check out Disney + the excellent Disney streaming service – watch and see what your interpretation of Cinderella is…. 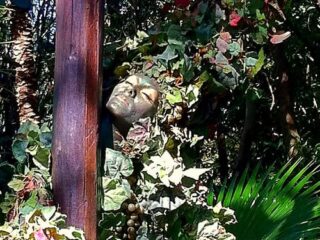 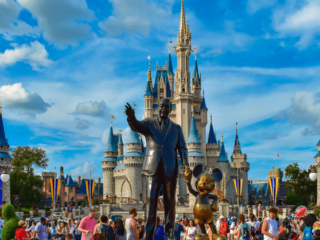 I totally agree with you that I think Cinderella can be a very good influence for girls. I wrote an entire blog post about how the princesses are good role models. I think you make a good point about being "rewarded for hard work" not really portrayed in the movie, so it's hard to buy into that interpretation. I did think the 2015 film did a better job at showing that it wasn't that Cinderella was just sitting around waiting for someone to save her, but that in her position she did not have a lot of options and was trying to make the best of her situation and stay positive.