Now you really do have to look closely to see this captivating and sometimes difficult to find Disney attraction. DiVine tangles herself around trees and appears so real it is very difficult to tell that she is not just part of the scenery.

Disney Animal Kingdom DiVine is a very well kept secret! You can visit multiple times and not see her unless you know what you are looking for.

We didn’t know about her until we had visited many many times. Then one day we were walking down a pathway and saw a crowd gathered.

DiVine can sometimes also be found close to the entrance of Disney’s Animal Kingdom.

She is incredibly captivating so make sure that you spend some time watching the amazing way that she moves and transforms herself. She is on stilts and moves with amazing elegance. Just captivating to watch.

Often her eyes are closed so it is amazing to get these photos of her with her eyes wide open. She is a vine, so obviously she doesn’t speak!

Cast Members will know where DiVine is, so always ask if you can’t find her. She will only appear at certain times of the day. The easiest way really is to ask where she will be. It would be a pity to miss this hidden gem when you are in Disney’s Animal Kingdom park.

Who is the real person behind the vine? Priscilla Bright traveled the world before bringing her captivating interpretation of DiVine to Animal Kingdom.

However, now there are a number of women who appear as DiVine. You can even hire your very own artist from the company that Disney uses – Living World Entertainment.

Be sure to look for her next time you visit the park. Disney Animal Kingdom DiVine is well worth taking a diversion to see. 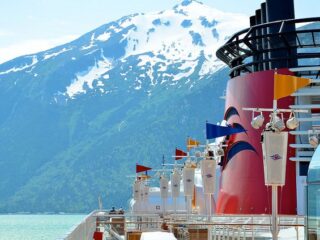 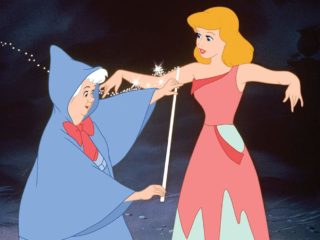 Cinderella Analyzed - A Story Of Being Rewarded For Hard Work, Or Letting Your Problems Be Solved By A Prince?
Read Next Post →

I have been to animal kingdom twice and will return next year with my daughter-in=law to show her DeVine along with the safari trek. these two are by far the most heart thrilling things I have ever seen in my 80 years, especially DeVine.what a sight to see. does she wlk only once a day?

Random Disney « The Iris and the Lily

[...] DiVine – A street performer at Animal Kingdom  AKA Priscilla Bright Check it out!   www.everythingmouse.com/disney-animal-kingdom-divine [...]