Built in 1971 it stands 189 feet tall and was inspired by the historic castles of France.

How many bricks were used to build it? A trick question as the answer is none. Disney’s Cinderella Castle is made out of concrete and fiberglass over a steel structure.

What most Disney guests are really interested in finding out is if they can spend the night in Cinderella’s Castle.

Inside you will find Cinderella’s Castle Suite, but only the select few have ever stayed there and no amount of money will buy the privilege. The only way to stay in the Castle is to win a night as a prize.

How do you get to stay in Cinderella’s Castle Suite?

Originally Cinderella’s Castle was to have a suite for Walt Disney and his family to stay. Sadly Walt never saw his iconic castle completed as he died in 1966, some 5 years before the opening of Disney World.

So the suite was never created. Over the years the inside of Cinderella Castle was used for various things including housing the Disney telephone operators, but for much of its history it was just empty space.

Then Disney hit upon a great idea. In 2007 Disney World Launched the Year of a Million Dreams. And what better as one of the most coveted prizes than a stay in Cinderella’s Castle?

So each day a winner was chosen who with up to 5 guests could stay in the Cinderella Suite.

The inside of the Cinderella Castle Suite has the kind of detailing that you would expect from the Disney Imagineers.

The Cinderella Suite is intended to make you feel not just that you are inside the Castle but that you are immersed in the whole Disney experience. It is surprisingly small at 650 square feet but is large enough to sleep 5 people in absolute Disney luxury.

The Year of a Million Dreams is of course now over but Disney has announced that it will still keep the Cinderella Castle Suite as a prize and not open it up to fee paying guests.

Or you could become a Disney superstar like Kevin Jonas, who stayed their with his wife for their first wedding anniversary!

There is a much easier way to get inside Cinderella’s Castle. You can make a reservation at Cinderella’s Royal Table.

Yes I did say easier – but this is Disney World’s most popular restaurant so you do need to make reservations as soon as you can by calling 407 WDW DINE. Reservations are taken up to 90 days ahead and Disney resort hotel guests have the advantage that they can book up to 10 days of their stay.

Make sure that you call on the first day possible as soon as the lines open. What if you don’t get a reservation first time? You can try calling to see if there are any cancellations.

You can eat breakfast, lunch or dinner at Cinderella’s Royal Table. The food is certainly not the best at Disney World but of course, the big attraction is eating inside that famous Castle and meeting the characters.

As with all Disney character meals you can never guarantee who you will meet but the usual favorites are Cinderella, Fairy Godmother, Belle, Aurora, and Snow White.

Is Cinderella’s Royal Table worth it? Well, I personally wouldn’t go for the food quality, but the experience of eating in Cinderella’s Castle is perhaps something you just have to do!

If you want to learn more about the Disney World Castle and even see some pictures inside the Castle Suite then visit my new guide at
Cinderella Castle. 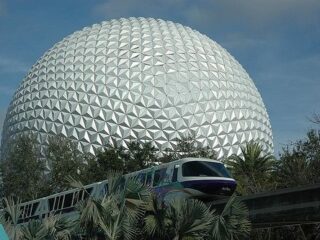 I've been trying to figure out if they were still giving it away as a prize! no sites would tell me, but then i found this one!!!! THANKS A BUNCH :) keepin this website handy.

kindly send me the pictures of inside the castle. amazing castle.......

Wow congrats! I'm going to got there over the summer! I have a question... Which park is better Disney World or Universal Studios? I say Universal What do you guys say? Write back! -Eliza