For all of the Disney Wonder cruises to Alaska, Vancouver Canada will be her homeport. Vancouver is a beautiful city, with a very efficient cruise port.

Things You Must Not Forget on Your Disney Cruise

There is one 9 night sailing on the Disney Wonder which leaves Vancouver on July 24th 2017.

If you have a shorter time available, there is one 5 night cruise on the Disney Wonder which sails on August 2nd 2017

The sailing dates for the Disney Wonder 7 night cruises to Alaska for 2017 are:

The scenery is breathtaking in Alaska. There really is no other way to describe it. An Disney Cruise Alaska is one of those once in a lifetime experiences that you will never forget.

For many, the highlight of any Alaskan cruise is sailing through Tracy Arm.This is a spectacular fjord which is close to the capital city of Juneau. The journey through Tracy Arm is one not to be missed. Although you can enjoy this up on deck, it is particularly special if you have a balcony stateroom on the Disney Wonder.

The ship’s captain will make sure that you get the best views possible of the spectacular glaciers. You sail slowly around the fjord so that you get as up close and personal as possible with this beautiful and serene place.

Your fist port stop on a Disney Alaskan cruise will be in Skagway. This is a small city on the south coast of the state of Alaska. You really feel as though you have stepped back in time to another era.

Skagway first found fame in the 19th century as the site of the Klondike Gold Rush. When gold was discovered here in 1896 word soon traveled to Seattle and San Francisco. What followed was a stampede where 100,000 people started out to reach the gold and seek their fortune. Less than 40,000 reached their destination and fewer still became rich after their treacherous journey.

Skagway is a fascinating place simply to walk around the small town and the tourist shops and imagine what life was once like here for those early prospectors. If you want more of an adventure the biggest attraction here is the White Pass and Yukon Route Railway.Take an unforgettable journey into the mountains on one of the world’s great railways journeys. The station is within very easy walking distance of the ship and you can either book directly or book a Disney cruise excursion.

Your next port stop will be the state capital, Juneau. This is the only US state capital which is not accessible by road. The only way in or out is by plane or boat. Juneau is a friendly town full of tourist shops. You can also take the Mount Roberts Tramway which takes passengers 2,000 feet above the port. The views from the top are spectacular – as are the length of the lines where you will wait for a while with your fellow cruise passengers!

Ketchikan is your final port of call for your Disney Wonder Alaska cruise. Ketchikan is the 5th largest city in Alaska, but it has a population of under 8,000 people. The city has an interesting mix of tourist shops where you can spend a couple of hours browsing for local products.

Ketchikan is also know for it’s totem poles and boasts the largest collection of 19th century examples of this craft in the world. A very popular excursion is to the Misty Fjords National Monument. This amazing National Monument covers 2.2 million acres and is an area of spectacular beauty which was carved out by glaciers 10,000 years ago.

Why Cruise With Disney To Alaska?

Just as with any other cruise itinerary there are other cruise lines to choose from. We have sailed with many other cruise lines, and our absolute favorite is always Disney. The prices definitely tend to be higher than other lines such as Princess, Norwegian and Carnival, but to compare the ships and the experience is like comparing apples to oranges.

The Disney Wonder is the only ship which sails the Alaskan itinerary. The Wonder is our equal favorite of the Disney ships (with the Disney Fantasy tying for the lead). It is a relatively small ship, easy to get around, but with plenty to do.

Those who have sailed on a Disney cruise most usually sail again. The quality of the ship, the service, the staterooms and the entertainment, really is for many, worth the extra cost. If you have children the quality of the kids programs cannot be beaten.

If you are thinking of a Disney Alaskan cruise we suggest that you get FREE help from a Disney Authorized Travel agent. Click on the link below to get a free no obligation quote.

Disney Cruise on Your Horizon? Get a Quote Now! 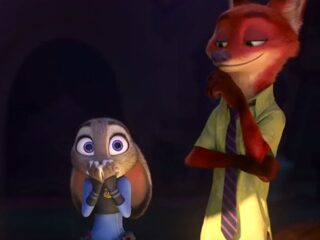 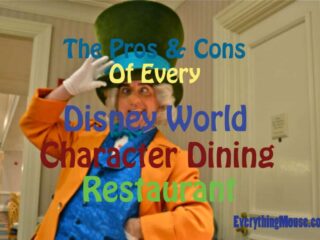