The Disney Dream is sailing from Europe for the first time in Summer 2023.

In previous years this has always been the Disney Magic, but the larger Disney Dream will be sailing on a number of different itineraries from May to September 2023.

Here we look at the different sailings and give details of all the opening day prices for the Disney Europe 2023 Summer sailings.

We also compare how they have changed from opening day to May 11, 2023. These Disney cruises have now been available for anyone to book, not just Castaway Club members who have all sailed previously with Disney.

As we have seen from previous years it is highly likely that these prices will go up from the opening day.

If you want to book a Disney Cruise to Europe the general advice is to book as soon as you can to opening day.

However, we have followed the Disney cruise prices for many years now. The pattern does seem to be changing and perhaps it is not quite so crucial to book early as it used to be.

The exception to this seems to be if you want to book a Concierge stateroom on a Disney Cruise. Here, prices are likely to increase quickly and fo certain itineraries do sell out.

Disney Cruise Summer 2023 How To Book

Here is the schedule for when the booking dates were released:

If you are a Castaway Club Member always log into your account prior to booking so that you can verify your Castaway Club status. You will then be able to book as soon as your priority date arrives.

As you can see, those who have not cruised with Disney before had to wait until May 9th for booking to open to them.

It is interesting to compare the prices on opening day with how they were on May 11, 2022.

When you are looking at these prices always remember that this is the lowest rate you can find for that category.

There is a lot of variation within those categories. It can vary up to thousands of dollars within each category. You are seeing the lowest price for that category on the day stated for 2 guests.

Also what you will most definitely have an advantage if you book early is that you have more of a choice of staterooms. If you want to have your first choice and in particular get one of these Disney Dream Secret Staterooms the earlier you book the better.

All prices include taxes and port fees.

SEE HERE HOW DISNEY CRUISE EUROPE PRICING FOR 2022 HAS CHANGED

This is sailing on May 7 2023 for the Dream to reposition to Barcelona from Miami.

Here is the pricing which was available on May 11, 2022. There isn’t much change in the Oceanview or Verandah, but a slight increase for an Inside stateroom.

Concierge staterooms for this sailing have already sold out.

There really wasn’t much of a change from opening day in these prices.

Below you can see that the prices really haven’t changed from the opening day for any of the categories.

We see the same results here – no real change from the opening day prices.

This is likely to be one of the most popular cruises – if you want to book this one previous patterns have shown that the price is likely to rise quite a bit from opening day.

I left in my prediction from before that prices would rise from opening day. And I have to admit that I was wrong. Prices are still around the same as they were on opening day, with the glaring exception of Concierge Staterooms.

There is even a Guaranteed Inside Stateroom rate being offered which is unusual given how long it is until the sailing date.

Usually, we don’t see those until closer to the sailing date. That is the starting $7,652 rate which is for a Standard Inside Stateroom Guarantee.

Again, we can see here that the only real change is for the Concierge Staterooms. Guarantee Inside Staterooms are also been offered for this sailing.

The only Category of Concierge Stateroom currently available is the One Bedroom.

Here prices are almost at identical starting rates on May 11, 2022, as they were on the opening day.

Prices remain steady for the 11 Night Mediterranean with Greek Isles Cruise on the Disney Dream.

The one exception is for Concierge Staterooms. The already high starting cost is now a whopping $52,029 if you want to sail Concierge. This is for a One Bedroom Suite.

Again, and by this point I think you know what I am going to say, no real change here.

Rates are exactly the same from the opening day here.

No difference in basic cost for this Disney Dream cruise,

Prices for this Disney Dream cruise have not changed from opening day to May 11, 2022.

Once again, the only real price increases we see are in the Concierge Staterooms. The only categories available now are the One Bedroom Concierge staterooms. Or you can still book the Royal Suite – for $34,127 for 2 guests. 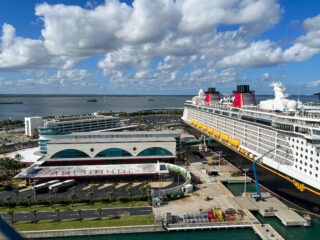 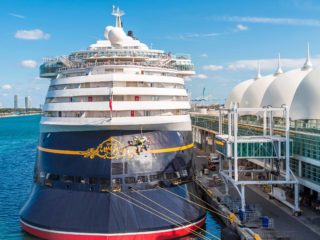