It has been confirmed by Disney Cruise Line that they have purchased a new, partially completed cruise ship which will join the fleet in 2025.

DCL has purchased the Global Dream cruise ship which was originally ordered by Genting Hong Kong which went into bankruptcy.

Speculation that Disney may buy the ship first started last month when it became known that the assets of the bankrupt company were going to be liquidated.

I have to say that the announcement that Disney is to purchase the ship came as somewhat of a surprise.

At 208,000 Gross Tonnes the ship was originally designed to carry approximately 9,500 passengers and more than 2,000 Crew.

However, the announcement from DCL said that passenger capacity is anticipated to be approximately 6,000 with around 2,300 crew members.

The size of the new Disney ship will mean that she is one of the largest cruise ships in the world.

This not only puts the DCL acquisition at much larger than the other ships in the Disney fleet, this means that she will be one of the largest passenger ships in operation.

The new ship will be comparable to the Royal Caribbean International Oasis Class.

The Disney Dream Class and Triton Class have capacity for 4,000 passengers. The new ship will accommodate around 50% more.

At this point we really don’t know very much.

The ship was originally designed to sail in Asia. She was made with larger staterooms, many of which were to be connecting.

Other plans on the original design included the largest roller coaster at sea. Again, this would definitely seem to fit in with Disney Cruise Line’s cruise ship attraction innovation.

However, there is one design feature which is definitely not featured on the other Disney Ships.

This will most likely not be included as part of the Disney ship as they have a policy of not having a casino on their ships.

Where Will the New Disney Ship Sail?

Disney has said nothing about where the new ship will sail.

The announcement left things open, but it was confirmed that the ship will sail outside the United States.

More details about the maiden voyage, itineraries and onboard experiences will be announced at a later date.

With the success of the first bookings for Australia and New Zealand will the ship sail there?

It seems unlikely that such a huge ship will start in this market, but makes the probability higher that either the Disney Magic or Disney Wonder will have a permanent year round home hone in Australia and New Zealand.

Tokyo would seem to be a strong contender as a home port for some of the year. It would make sense for many reasons, including the strong presence and popularity of the Tokyo Disney theme park.

Singapore is likely to be under consideration.

However, the original ship was designed to have Shanghai as her home and it is likely that this is the port that Disney will choose.

It would of course fit logically with the Shanghai Disneyland theme park.

The new Disney ship certainly opens up a whole new world of possibilities for DCL to explore different locations and itineraries.

What About the Disney Treasure Cruise Ship?

This announcement does not affect the Disney Treasure which is due to set sail in 2024.

The Treasure will be the second in the Triton Class of Disney Ships, the first of which is the Disney Wish.

There will also be a third, as yet unnamed Triton Class ship launched in 2026.

With the acquisition of the new ship this means that Disney Cruise Line will have undergone a rapid expansion by 2026.

There will be a total of eight Disney Cruise Ships sailing in 2026.

Where Will the New Disney Ship be Completed?

Construction of the new Disney Ship will be completed at the former MV Werften shipyard in Wismar, Germany, under the management of Meyer Werft.

DCL is of course very familiar with working with Meyer Werft as they built Disney Dream, Disney Fantasy and Disney Wish.

They are also building the Disney Treasure.

Things That First Time Disney Cruisers Do Not Expect

What Did The Official Disney Cruise Line Announcement Say?

Here is the announcement made on 16 November by Disney Cruise Line:

Today, Disney announced the acquisition of a partially completed ship that will bring the magic of a Disney Cruise Line vacation to new global destinations. Disney will work with the esteemed Meyer Werft shipbuilding company to complete the cruise ship previously known as the Global Dream in Wismar, Germany. The ship will be renamed with certain features reimagined under the world-renowned expertise of Walt Disney Imagineers and is expected to set sail in 2025.

The new ship, to be based outside the United States, will feature innovative Disney experiences along with the dazzling entertainment, world-class dining and legendary guest service that set Disney Cruise Line apart. The exterior will be adorned in the iconic, Mickey Mouse-inspired colors of the fleet, complete with signature red funnels.

The 208,000-gross-ton ship is expected to be among the first in the cruise industry to be fueled by green methanol, one of the lowest emission fuels available. Disney Cruise Line expects the passenger capacity to be approximately 6,000 with around 2,300 crew members.

Construction will be completed at the former MV Werften shipyard in Wismar, Germany, under the management of Meyer Werft, the Papenburg-based company that built the Disney Dream, Disney Fantasy and Disney Wish. The ship’s previous owner filed for bankruptcy before completing the vessel, enabling Disney Cruise Line to secure it at a favorable price and within the capital expenditure guidance The Walt Disney Company provided on its recent earnings call. The project also secures employment for hundreds of former MV Werften employees and will provide opportunities for numerous maritime industry suppliers in the region.

More details about the maiden voyage, itineraries and onboard experiences will be announced at a later date. 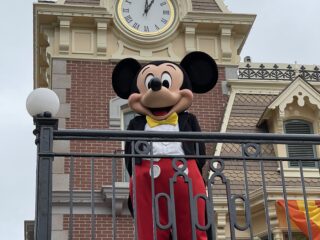 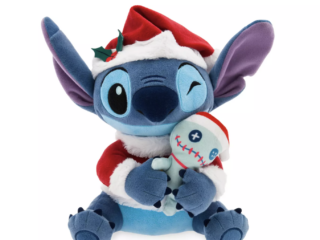