This guide will help you decide whether Walt Disney World or a Disney Cruise is best for your family.

Will you choose Disney Cruise Line or Disney World?

Advantages of A Disney Cruise

Everything is included in the price of a Disney Cruise so it is easier to budget. The price that you are quoted will include all accommodation, meals, and entertainment.

Extras are gratuities, alcoholic beverages, and excursions. You can see exactly what you will be paying for your Disney cruise.

This guide shows you What is Included in a Disney Cruise.

A Disney Cruise is a relaxing experience. There is always something to do, but if you want to sit and do absolutely nothing you can do this.

In the Disney World parks, you always seem to need to be running around to the next thing and it is rarely relaxing.

A Disney Cruise can work out at less cost than a Disney World vacation.

This, of course, depends upon which stateroom you get, which sailing you go on, and where you would stay in Disney World.

However, we generally find that on a per-day basis Disney Cruise lines works out to be cheaper than Disney World.

You have access to free childcare most of the time. If you want some time on your own then your kids will most likely love to be in the Oceaneers Club and Lab.

There is childcare available in the Disney Parks, but you will be charged extra for it. If you know that you would like to use the childcare facilities regularly then Disney Cruise Lines comes out the easy winner.

Many people think that a Disney cruise is just for the kids, but this really isn’t so. There are so many separate spaces for adults to enjoy whilst the kids are enjoying their own space.

Here is a guide to a Disney Cruise For Adults

There are lots of dining choices on a Disney cruise. Everything is included in the price that you pay.

It is easy to eat when you want, please picky eaters, eat gourmet food, or pick up a snack. All without worrying about how much extra it will cost as it is all included.

You can of course budget for your Walt Disney World food if you have the Dining Plan. However, this does tend to work out to be quite expensive.

Even though there is a huge amount of choice of restaurants in Walt Disney World, you have to make reservations ahead of time. Often the restaurants that you want are not available.

However, on a Disney cruise, you never have to worry about making a restaurant reservation – you simply go to your allocated rotational dining restaurant onboard. Sure, you have to get reservations for the adult Palo and Remy dining, but you don’t need to dine here.

Disney Character Experiences. There are so many characters onboard the ships and usually the wait to see them is much less than at the parks. Also, they only appear inside, so you wait for them in air-conditioned luxury rather than the hot Orlando sun.

You will, however, see a wider range of Disney characters in Walt Disney World than on any of the cruise ships. Obviously there are only so many characters who can sail on the cruise at any one time. You will always find Mickey and Minnie, but some other favorites are not seen on a Disney cruise.

The characters seem to have more time to spend with each guest on a Disney cruise. They will also sometimes stop and meet with you in the corridors – this is always a real treat. Some of our best moments with the Disney characters have been when they are walking from one area of the ship to another.

Disney Service on Board

You feel part of the Disney cruise community. The standard of service is consistently excellent on the Disney ships. Whilst standards are high at the Disney World parks, it just doesn’t quite match the quality on the ships.

There is much more of a sense of community on the Disney ships. When you have sailed on a Disney ship and you become a repeat cruiser, you are likely to see a number of Cast Members who you got to know the time before.

It is difficult to describe, but you really do feel like family on a Disney cruise. There are some Cast Members who we have known for over a decade and we look forward to seeing them each time we sail.

There really isn’t any comparable experience to a port stop of Disney’s Castaway Cay. Many of the Disney World Hotels have amazing swimming pools and resort facilities, but this is a whole island!

On most Caribbean and Bahamian Disney cruises, the ship makes a port stop in Castaway Cay. This is Disney’s private island. Disney has thought of everything that you need to create the perfect island experience on Castaway Cay.

Disney World is a magical place. There are 4 theme parks and 2 water parks to experience. There really is something for everyone of all ages.

There is a huge choice of restaurants and themed dining in Walt Disney World.

I am fortunate that I can spend a considerable part of the year in the Disney Parks and sailing on Disney cruises. If I had to choose I would always choose a Disney Cruise over Disney World. It just offers our family even more than Disney World – although of course, we love them both.

What do you think? Will you choose Disney Cruise Line or Disney World?

The Pros and Cons of Every Disney World Character Dining Restaurant 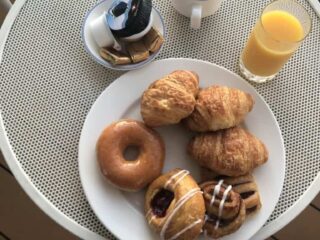 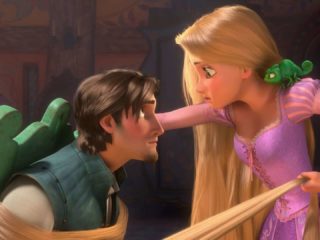