Disney Cruise Line to Sail to Australia and the South Pacific

It’s official! Disney Cruise Line will sail to Australia and the South Pacific in 2023 and 2024.

The announcement came at the D23 Expo 2022 when Josh D’Amaro, Disney Parks, Experiences and Products Chairman, announced the Disney Wonder will sail to Australia and New Zealand with a repositioning cruise visiting ports in the South Pacific.

“Disney Cruise Line is excited to unveil our first-ever cruises through the South Pacific—plus new Hawai’i sailings in 2023 and 2024. Voyage from Vancouver, British Columbia, to the breathtaking beauty of the Hawaiian Islands. From Honolulu, cruise the South Pacific across the international date line to Sydney, Australia. Along the way, dock in the exotic island nations of Fiji, American Samoa, and New Caledonia, where you’ll have time to appreciate Polynesian culture, explore enchanting rainforests and hike to tropical waterfalls”

The Disney Wonder will sail on a 10-night Hawaiian cruise from Vancouver to Honolulu on October 3 2023.

Then she will sail from Honolulu to her new home port of Sydney Australia on October 13, 2023. This 13-night sailing wil have port stops at Pago Pago, American Samoa, Lautoka, Figi, Noumea, and New Caledonia. This Disney Transpacific cruise will have 10 days at sea.

The Disney Wonder will then embark on sailings from two to six nights and depart from four home ports: Sydney, Melbourne, and Brisbane, Australia; and Auckland, New Zealand.

She will then sail back to Honolulu, Hawaii on a 15-night journey from Sydney on February 16, 2023.

From Honolulu, the Disney Wonder will sail back to Vancouver on March 1, 2024.

As this is too early for the Alaskan cruise sailings it is likely that she will then sail from Vancouver back to San Diego for more Mexican Riviera and Baja cruises from mid-March to mid-May 2024.

Here is an idea of how much Disney cruises to Australia will cost.

These Disney Australia cruises are likely to be extremely popular and will likely sell out very quickly.

Disney has also released how much the cruises from Australia will cost.

How Do You Book a Disney Australian Cruise?

All dates for the Transpacific and South Pacific cruises will be available for anyone to book on October 6, 2023.

Discover the Disney Wonder – What You Need to Know

Embark on a one-of-a-kind vacation at sea to Sydney, Australia on a 13-night cruise—with 14 sunsets—departing from Honolulu, Hawai’i. Experience the best of Oahu before sailing over the international date line (where you’ll “lose” a day but not a sunset) to the exotic isles of American Samoa, Fiji, and New Caledonia. While sailing the Pacific blue, enjoy award-winning entertainment, exciting deck parties, imaginative dining, Character encounters, and more. In Australia, spend time exploring a host of fascinating destinations, including the Sydney Opera House, botanical gardens, golden-sand beaches, and a vibrant dining scene.

Cast off on the journey of a lifetime with this 15-night cruise sailing through the South Pacific and over the international date line, where you’ll experience the same calendar day twice amid 14 sunsets. Explore Sydney’s stunning botanical gardens, golden-sand beaches, and cosmopolitan city center—home to a beautiful harbor and the iconic Opera House—before setting sail through the mighty Pacific Ocean. Along the way, dock at American Samoa, Fiji, New Caledonia, and the Hawaiian island of Maui. While at sea, delight in award-winning entertainment, exciting deck parties, imaginative dining, Character encounters, and more.

Drop anchor at Kahului, Hilo and Nawiliwili during a 10-night sailing from Honolulu to Vancouver, where the best of the Aloha spirit awaits—from lush jungles and secret waterfalls to stunning beaches and a laid-back island vibe. Then voyage through the Pacific in style while enjoying magical amenities and activities only Disney can create—including award-winning entertainment, festive deck parties, themed dining, sparkling pools, kids clubs, Character encounters and so much more. After your cruise, enjoy time to explore the parks, gardens and big-city charm of beautiful Vancouver. 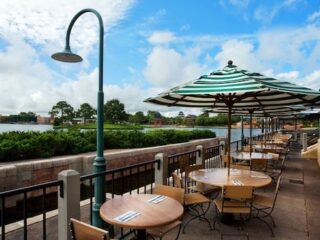 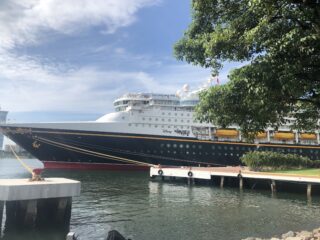 Disney Cruise 2024 Dates - When Will 2024 Disney Itineraries be Released?
Read Next Post →