The Disney Magic Cruises 2013 have been announced from January to August The Magic will sail from Galveston on 6, 7 and 8 night Caribbean cruises, and then will sail transatlantic to Barcelona for exciting new European itineraries. Whichever sailing you choose you can be sure that you will marvel at the quality of the Disney Magic cruise experience. This is a ship which is particularly suited for families with children but there really is something for everyone on the Disney Magic ship.

So what are the Disney Magic cruise sailing dates and itineraries for 2013?

The Disney Magic will then sail the Atlantic to reach her home port in Europe, Barcelona.

A transatlantic cruise is always a great opportunity to sail on a longer itinerary. The Disney Magic will sail for 14 nights to reach Barcelona. Often the prices of transatlantic cruises are a good deal with a lower than average per night rate for the ship. You do of course have to take into account that you will embark in Galveston and disembark in Barcelona so you will most likely have a plane journey home which will add to the cost. It is of course a great opportunity to spend some extra time in Europe exploring on land ( or maybe even sailing on one of the Disney European cruises)!

This Disney Transatlantic cruise includes one of the most popular port stops – the private island of Castaway Cay.

This cruise has the particular attraction of staying overnight in the port of Venice, giving guests plenty of time to visit this amazing city.

This is the first time that a Disney cruise ship has visited Greece and the beautiful island of Malta.

Whichever Disney Magic Cruise that you choose in 2013 whether it be from Galveston or Barcelona you are sure to have one of the best experiences at sea.

Articles you may also find useful include: 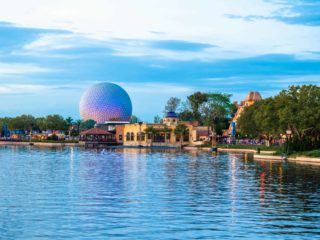 What movies are currently being shown on the Disney Magic in the theater? We will be sailing on Jan. 26, 2013!

Manda you will love the Disney Magic! The movies change from week to week in the movie theater. There are always current ones shown as well as some of the classics. They usually show ones which are out in movie theaters as well as Disney favorites. There are lots of choices on your stateroom television as well. Enjoy your cruise!