These Walt Disney sayings and quotes about life will inspire you whatever challenges you are facing.

Walt Disney was one of the greatest entrepreneurs of the twentieth century. He built an empire that made the Disney name and brand beloved all over the world.

Walt was an innovator and a highly gifted motivator. In these Walt Disney Quotes about life everyone can find something to motivate and inspire them.

“I always like to look on the optimistic side of life, but I am realistic enough to know that life is a complex matter.”

“In bad times and in good, I’ve never lost my sense of zest for life.”

“It’s kind of fun to do the impossible”

“A person should set his goals as early as he can and devote all his energy and talent to getting there. With enough effort, he may achieve it. Or he may find something that is even more rewarding. But in the end, no matter what the outcome, he will know he has been alive.”

“When you’re curious, you find lots of interesting things to do.”

“Times and conditions change so rapidly that we must keep our aim constantly focused on the future.”

“All our dreams can come true if we have the courage to pursue them.”

“Think beyond your lifetime if you want to do something truly great.”

“Never get bored or cynical. Yesterday is a thing of the past.”

“Do a good job. You don’t have to worry about the money; it will take care of itself. Just do your best work — then try to trump it.”

“Why worry? If you’ve done the very best you can, worrying won’t make it any better.”

“Whatever you do, do it well.”

“Dreams, ideas, and plans not only are an escape, they give me purpose, a reason to hang on.”

“Laughter is timeless, imagination has no age, dreams are forever.”

“The difference in winning and losing is most often not quitting.”

“Kindness is the language which the deaf can hear and the blind can see.”

“Laughter is America’s most important export.”

Few people believed in Walt’s dream to create a theme park in the orange groves of a little known town named Anaheim. However, he pursued his dream and dealt with any setbacks which came.

Back then, on opening day in 1955 a Disneyland entry ticket cost $1 for adults and 50 cents for children. However, all of the Disneyland rides cost extra to experience.

Most of the 35 original Disneyland attractions cost between 25 to 35 cents extra and 10 to 25 extra for the children.

Walt Disney spoke extensively about his beloved Disneyland. Here is a selection of his sayings and quotes.

“Disneyland will never be completed. It will continue to grow as long as there is imagination left in the world.”

“Disneyland is a work of love. We didn’t go into Disneyland just with the idea of making money.”

“I don’t want the public to see the world they live in while they’re in the Park. I want them to feel they’re in another world.”

“You can dream, create, design and build the most wonderful place in the world. But it requires people to make the dream a reality.”

It is difficult to believe that Disneyland was built for an initial cost of $17 million. Walt fully recognized that he was the innovator and his brother Roy was the financial genius behind the Disney success story.

“I’d say it’s been my biggest problem all my life…it’s money. It takes a lot of money to make these dreams come true.”

“We believed in our idea – a family park where parents and children could have fun- together.”

I love Mickey Mouse more than any woman I have ever known.”

“Mickey Mouse is, to me, a symbol of independence. He was a means to an end.”

When people hear the word Disney they think of the hugely successful company that it is today. However, Walt Disney had to deal with some very serious setbacks in his career.

A young Walt had found success with his fellow animator Ub Iwerks, with the popular character Oswald the Lucky Rabbit. They had created the character for Universal Pictures, so they had no control over the ownership of the character.

Oswald had proved successful initially and the income from the character allowed Walt Disney Studios to grow to employ almost 20 people.

However, in early 1928 Walt traveled to New York to renegotiate the terms of the contract with Universal. The deal was far from favorable and Walt decided to stop working on the Oswald animations.

If Walt had not experienced this huge setback, things may have been very different. It was on the train journey home that Walt Disney created Mickey Mouse. He and Ub Iwerks worked on the first Mickey cartoon as soon as he returned from New York.

In a fitting conclusion to the Oswald story, Bob Iger got back the rights to the character in 2006, so after almost 80 years the lucky rabbit returned to the Disney company.

“Everyone falls down. Getting back up is how you learn how to walk.”

“You may not realize it when it happens, but a kick in the teeth may be the best thing in the world for you.”

“Life is composed of lights and shadows, and we would be untruthful, insincere, and saccharine if we tried to pretend there were no shadows.”

Walt Disney built one of the largest business empires in the world. He inspired others to achieve things that no one believed were even possible.

We can all find motivation in these Walt Disney Inspirational Quotes for Life. Which one is your favorite?

“It’s kind of fun to do the impossible.”

“People often ask me if I know the secret of success and if I could tell others how to make their dreams come true. My answer is, you do it by working.”

“There is great comfort and inspiration in the feeling of close human relationships and its bearing on our mutual fortunes – a powerful force, to overcome the ‘tough breaks’ which are certain to come to most of us from time to time.”

When you believe in a thing, believe in it all the way, implicitly and unquestionable.”

“I only hope that we don’t lose sight of one thing – that it was all started by a mouse.”

“The way to get started is to quit talking and begin doing.”

“I dream, I test my dreams against my beliefs, I dare to take risks, and I execute my vision to make those dreams come true.”

“I have been up against tough competition all my life. I wouldn’t know how to get along without it.”

“Most of my life I have done what I wanted to do. I have had fun on the job.”

Walt Disney was very much a family man. The whole idea for Disneyland came about because Walt wanted to create a place where children and adults could spend quality time together.

Walt himself was a devoted family man. He made sure that he always drove his daughters Diane and Sharon to school every day.

Walt Disney showed that even a businessman with all of his responsibilities could still be there for his family.

“A man should never neglect his family for business.”

“The important thing is the family. If you can keep the family together — and that’s the backbone of our whole business, catering to families — that’s what we hope to do.”

“It’s a mistake not to give people a chance to learn to depend on themselves while they are young.”

“The most important thing is family. If you can keep the family together — and that’s the backbone of our whole business, catering to families — that’s what we hope to do.”

“We think of the family audience. Mickey Mouse would not have been the success he was were it not for the broad appeal. We are not playing just for kids. If you took your kids to the movies and left them there to be picked up later and did not go in yourself, I’d feel unhappy. After all, if you are aiming at the kids, what age would you aim at?”

” Our heritage and ideals, our code and standard – the things we live by and teach our children – are preserved or diminished by how freely we exchange ideas and feelings.”

“It’s a mistake not to give people a chance to learn to depend on themselves while they are young.”

“Crowded classrooms and half-day sessions are a tragic waste of our greatest national resource – the minds of our children.”

“Adults are only kids grown up.”

“Every child is born blessed with a vivid imagination. But just as a muscle grows flabby with disuse, so the bright imagination of a child pales in later years if he ceases to exercise it.”

“Why do we have to grow up? I know more adults who have children’s approach to life. They’re people who don’t give a hang what the Jones’ do. You see them at Disneyland every time you go there. They are not afraid to be delighted with simple pleasures, and they have a degree of contentment with what life has brought – sometimes it isn’t much, either.”

“Our greatest natural resource is the minds of our children.”

“Who says we have to grow up?”

“Our greatest natural resource is the minds of our children.”

“I have long felt that the way to keep children out of trouble is to keep them interested in things.”

“I do not make films primarily for children. I make them for the child in all of us, whether he be six or sixty. Call the child innocence.”

“There is more treasure in books than in all the pirates’ loot on Treasure Island and best of all, you can enjoy these riches every day of your life.”

“I resent the limitations of my own imagination.”

“I am interested in entertaining people, in bringing pleasure, particularly laughter, to others, rather than being concerned with ‘expressing’ myself with obscure creative impressions.”

“The most important thing brought about in the past quarter-century of motion-picture history is the recognition that amusement, recreation, mass diversion, is no longer a dispensable luxury. Family fun is as necessary to modern living as a kitchen refrigerator.”

“All right. I’m corny. But I think there’s just about a-hundred-and-forty-million people in this country that are just as corny as I am.”

“I would rather entertain and hope that people learned something than educate people and hope they were entertained.”

“Movies can and do have tremendous influence in shaping young lives in the realm of entertainment towards the ideals and objectives of normal adulthood.”

“We are not trying to entertain the critics. I’ll take my chances with the public.”

“When people laugh at Mickey Mouse, it’s because he’s so human; and that is the secret of his popularity.”

“For every laugh, there should be a tear.”

“I never called my work an ‘art’. It’s part of show business, the business of building entertainment.” 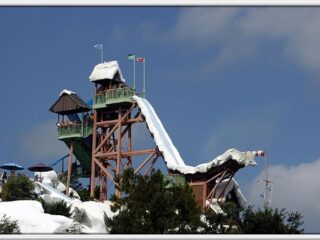 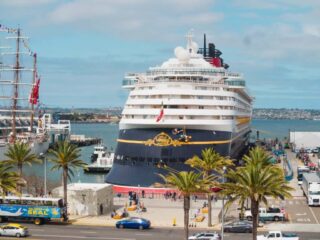