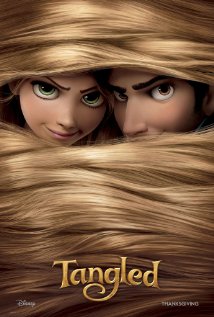 Disney’s Tangled movie is now available on DVD with lots of extra features to enjoy. This re imagined story of girl with 70 foot long hair meets boy is based upon the classic Rapunzel fairytale. The title was changed from Rapunzel to Tangled as Disney wanted to give it a broader appeal than just aiming at the Disney Princess fan audience.

Tangled is Disney’s 50th full length animated feature and also it’s most expensive, costing $260 million to produce. It has been a great box office success with revenue in excess of $500 million worldwide.

The story is a classic fairytale. Rapunzel has spent all of her life hidden in a tower, imprisoned by the magnificently evil Mother Gothel who needs the power of her magical hair to keep herself young. But Rapunzel’s life changes when the handsome thief Flynn Rider climbs into the tower looking for a place to hide. Will true love shine through? Is this a Disney Princess movie?

has lot’s of extra features including deleted scenes, extended songs and a documentary about the making of the movie. 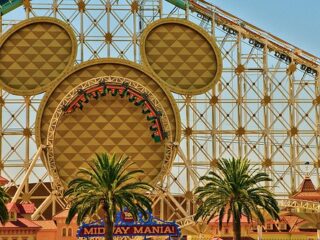 The Muppets on Blu Ray and DVD – EverythingMouse