How Old is Flynn Rider?

Flynn Rider is the lovable rogue who wins Rapunzel’s heart in Disney’s 2010 movie Tangled. But how old is Flynn Rider?

Let’s take a look at the evidence about how old Flynn Rider is in Tangled, and answer some other pressing questions about this very charismatic Disney hero.

How Old is Flynn Rider in Tangled?

All images on this page are by Disney Movies

Unfortunately there is no indication at all as to how old Flynn Rider is in the Tangled movie. There are no real clues either, except we assume that he is older than Rapunzel.

So how do we know how old Flynn Rider is? Unfortunately, there doesn’t really seem to be a straight answer to this. The one indication we have is a tweet from one of the directors where he said he saw Flynn as closer to 24 than 26.

So maybe we should assume that Flynn Rider, or Eugene Fitzherbert as he is really called, is meant to be 24 years old in the Tangled Movie.

Who Is Flynn Rider?

We learn early on in the Tangled movie that there is more to Flynn than meets the eye. He has another name, for one thing (and we learn later that he actually has three names).

In the Tangled Movie we learn that Flynn’s real name is Eugene Fitzherbert. Or is it?

He was raised in an orpahange, not knowing that he was of royal descent as the son of King Edmund and his wife, who were rulers in the Dark Kingdom. His birth name was Horace, but we only learn this after the original Tangled movie.

He made up his new name to more fit in with his swashbuckling, outlaw lifestyle. He was inspired by the book “The Tales of Flynnigan Rider” to change his name.

Flynn Rider’s character went through a long development process during the making of Tangled. He is certainly more complex and interesting than most of the suitors in the Disney Princess movies.

The directors Nathan Greno and Byron Howard used a process where they asked a group of women to comment on how Flynn should look. This process is called the “hot man meeting”.

Women were asked to comment on lots of different drawings and designs for the Flynn Rider character. You can see from the video footage that there were also pictures of  Johnny Depp, Hugh Jackman, Brad Pitt, David Beckham, and Gene Kelly on the walls during the discussion.

Flynn is a very unusual Disney love interest as he has facial hair. He is very much known for his chiseled good looks and of course for the famous Flynn Rider smolder.

The directors were very clear that the character of Flynn should not be a Prince – although it is later revealed that he is a Prince, although he doesn’t know it.

Who do you think Flynn Rider looks like? A mixture of Brad Pitt and David Beckham? More like Hugh Jackman?

How Old is Rapunzel in Tangled?

We know from the movie that at the start, Rapunzel is waiting for her 18th birthday.

Therefore, at the beginning of Tangled, Rapunzel is 17 and turns 18 during the movie.

What is the Age Difference Between Rapunzel and Flynn Rider?

So let’s do the, rather simple, math. If we agree that Flynn is 24 and Rapunzel turns 18. So the age difference between Flynn Rider and Rapunzel in the first movie is 6 years.

In Tangled Ever After, Flynn and Rapunzel get married. The movie was made approximately 2 years after the original full-length movie. Therefore we assume that in this Rapunzel is 20 or 21 and Flynn is 26 or 27.

Some people have said that this is too big of an age gap to be comfortable with. However, at least Rapunzel is an adult when she falls in love – unlike many of her much younger Disney Princess sisters.

And at least Rapunzel waits much longer to get married to her Prince than most of the other Disney Princesses!

How Old is Mother Gothel?

Mother Gothel is one of the most fascinating of all the Disney Villains. This frighteningly narcissistic villain is obsessed with age and will do anything to retain her youthful appearance and immortality.

Of course we all know that the key to keeping Mother Gothel young is the power of Rapunzel’s hair. But how old is Mother Gothel?

We never get an official answer as to how old is Mother Gothel, but there are some clues to help us work out her age.

It has been said that the official word is that the Tangled movie is set in the 1780’s. However, this doesn’t quite work out.

We know that the movie Frozen is set in the 1840’s. If these dates are correct this means that the 2 movies are set around 60 years apart.

This doesn’t ring true whe you consider that Flynn and Rapunzel appear in Frozen at Elsa’s Coronation.

They look around the same age as they are in Tangled, so it would see more accurate that both movies are set in the 1840’s.

There is also a lot of speculation that Anna and Elsa’s parents in Frozen wee lost at sea when sailing to Flynn and Rapunzel’s wedding. There really isn’t any particular evidence for that, other than hopeful fan speculation. And let’s not even get started on the connection to Tarzan and The Little Mermaid…

Anyway, we will get back to what time period Tangled is set in.

Another clue pointing to Tangled being more likely to be set in the 1840’s is that the book the Little Mermaid appears in the Tower with Rapunzel. This was first published in 1837 in Copenhagen.

How does this help with working out how old Mother Gothel is? It may not give us much of a clue, aside from speculating about Mother Gothels costume.

Mother Gothel wears a dress that is very obviously of a Medieval era design.

Mother Gothel’s dress is a simple Medieval era dress known as a Bliaut. This style appeared as early as the 11th century, but Mother Gothel’s style suggests the design dates back to the 12th century.

The classic Bliaut has the characteristic wide sleeves which open wide at the elbows. The neckline is a low cut round nex=ck decorated with a contrasting braiding.

The fit is perfect of course – and the whole look is brought together by the long sash with the same braid design as the sleeves and neckline. The circular belt fastening is the perfect finishing touch.

So what does Mother Gothel’s fashion sense have to do with her age? It is likely that the dress comes from the era when she was born and when she was young. Therefore this would date her being born sometime between the 11th and 12th centuries.

If Tangled is set in the 1840’s this means that the answer to the question how old is Mother Gothel is that we can guess she is around 700 or 800 years old.

What do you think?

How Old Was Rapunzel When She Got Married?

Rapunzel and Flynn Rider get married in Tangled: Ever After. This short movie was released two years after the original Tangled movie.

Therefore it seems that Rapunzel was aged either 20 or 21 when she got married to Flynn. 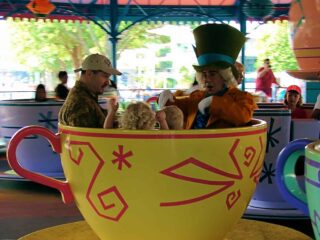 What Are The Main Rides In Magic Kingdom?
← Read Last Post 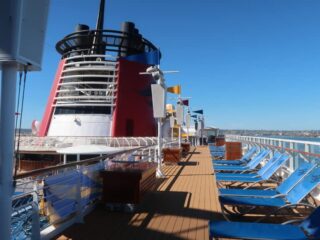 The Cost Of A Disney Cruise - What Is Included?
Read Next Post →

Well in my opinion the age gap doesn't really matter, because Rapunzel and Flynn are really cute together, and they're probably my personal favorite Disney Couple. Plus to be honest it's not as bad as other marriages that have much bigger age gaps. But we can assume Mother Gothel has to be at least a millennium old considering when she falls out of the tower she turns into a bunch of ashes. Either way though, it's a good theory all the way around, except for the fact you can't confirm that Flynn is actually 24.