When you visit Walt Disney World one of the best ways of saving time standing in line is to use the Fast Pass system. The Disney Fast Pass system is very simple, and it is completely free. How it works is that for certain popular attractions in each of the parks, Disney Magic Kingdom, Disney Hollywood Studios, Animal Kingdom and Epcot all guests can get a Fast Pass to return to the ride at a particular time. They will then use their Fast Pass to join the Fast Pass line, which is almost always much shorter than the regular stand by line.

There is a lot of confusion about the Fast Pass system but really it is very simple. If you do take some time to plan using the system then you will save yourself hours of standing in line. Some other theme parks do charge for their priority line system (like Universal Orlando Express Pass) but the Disney system is completely free.

There are certain rules. The system doesn’t allow you to just go around and get lots of Fast Passes. You can usually only have one at any one time. So if you have your Fast Pass for Test Track it will also show on that Pass the exact time that any machine will give you another Fast Pass.

All members of your party have to have a Fast Pass. An exception to this is for a child under the age of 3 who does not have an entrance ticket.

When the time posted on your Fast Pass arrives then go back to the attraction and show your pass to the Cast Member at the front of the attraction. They will then allow you to join the Fast Pass line.

The Fast Pass line does not mean ‘front of line’. Most likely there will be other guests there with you and often there will still be a wait. This wait is usually short but can be up to 20 minutes. It will definitely be shorter than the stand by line though! As an example the line for Soarin’ can reach 120 minutes. Yes that is 2 hours. But if you have a Fast Pass the wait will likely only be around 15 to 20 minutes.

The Not So Good Recent Changes to the Fast Pass System

It used to be that even though you had a Fast Pass for 1.15 to 2.15 if you missed that window you could go to the attraction and still use it when it had expired. The Cast Member would most likely not even bat and eyelid and would wave you on with a cheery smile. You could even go with Fast Passes from weeks or months ago and still have them honored.

Now a Cast Member will politely tell you that your time has passed. Will they stop you entering the Fast Pass line late? That is for you to try and I would love to hear of your experience of this in the Comments below.

Are Some Fast Passes Better Than Others?

The very simple answer to this is yes. Some attractions have formidable wait times (Soarin’ comes to mind). So when you arrive at Epcot my advice is always to go to get either a Test Track or a Soarin’ Fast Pass first and then ride the other attraction. Splash Mountain and Big Thunder Mountain are the equivalent in Magic Kingdom, as are Kilimanjaro Safaris and Expedition Everest in Animal Kingdom. In Hollywood Studios it is Tower of Terror and Rock and Roller Coaster.

Use the Disney Fast Pass system and you definitely will spend less time in line. Is it a good system? Well that is another question and I would love to hear your views in the comments below. 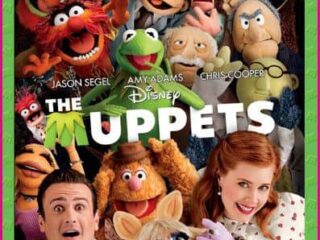 This info needs to be updated - effective 4/28 using the new wrist bands you can schedule up to 3 fastpass rides/shows. After enjoying the 3 you can individually request other fastpass attractions one at a time. I think this is correct but the original guidance is from 2012 and Disney changes stuff based on customer feedback and certainly a 2014 update on the whole fastpass experience is needed.

Thank you for your comment Henry. You are right that there have been a lot of changes with Fast Pass+ which we have written about here on EverythingMouse. We always keep you updated with the latest information - you may like to see just one of our many blog posts about this at Recent Changes To Fast Pass+