The Muppets on Blu Ray and DVD

If you have been waiting for the Muppets to be released on Blu Ray and DVD then your wait is almost over as the release date is set for March 20th. This very lovable reunion of the Muppets is one of those movies that just makes you smile.

A simple story with a lot of laughs and even an Academy Award winning song.

Whether you were a fan of Kermit and the gang the first time around or if you are new to this entertaining group of Muppets this movie guarantees the feel good factor.

It is always a little worrying when movies try and revive a classic. Thank goodness that this one really hits the mark and celebrates the original. I grew up with the Muppets.

They were a Sunday early evening tradition in our household. My children have also watched the old series on DVD. So everyone was familiar with Kermit, Miss Piggy, Fozzie, Gonzo and friends.

But young children who don’t know who The Muppets really are would also find this movie really entertaining. You don’t need to know the backstory to enjoy this new version.

The new movie follows the story of a new Muppet Walter. Unsure of where his destiny lies he and his human brother and his girlfriend go on a road trip to view the old Muppet Theater.

Fate, of course, has a strange turn of events and Walter is soon on a quest to reunite the old Muppet gang so that the old Theater can be saved.

It is wonderful to see how Gonzo makes a living and that Miss Piggy has a very chic new career. But sad to see that Fozzie’s career is in decline and that Kermit lives alone in the mansion we always wanted him to share with his beloved Miss Piggy.

The story is simple. The jokes are as corny as they ever were. Miss Piggy is radiant, Kermit is long suffering, and Fozzie as happy go lucky as ever.

There are some great jokes in there. Most of it works, some of it doesn’t but it really is a great family movie.

It was wonderful to hear the classic songs such as Rainbow Connection as well as some new ones including the Academy Award winning song Man or Muppet.

There are 2 options for buying the new movie. The first The Muppets (Two-Disc Blu-ray/DVD Combo)

has the Blu Ray and the DVD with the special features.

also includes a digital copy and the soundtrack download card.

Blu-ray Feature Film + Bonus
DVD Feature Film + Bonus
Scratching The Surface: A Hasty Examination Of The Making Of The Muppets – A Surprisingly Shallow But Profoundly Absurd Look At Muppets And Humans Working Together To Make Cinematic History
Deleted Scenes
A Little Screen Test On The Way To The Read-Through. The Muppets Bring The Wocka Wocka Wocka To A Routine Camera Test
Explaining Evil: The Full Tex Richman Song
Unreleased Theatrical Spoof Trailers
Audio Commentary with Jason Segel, James Bobin, And Nicholas Stoller
Disney Intermission — Pause The Movie And See What Happens!
The Longest Blooper Reel Ever Made (In Muppet History) 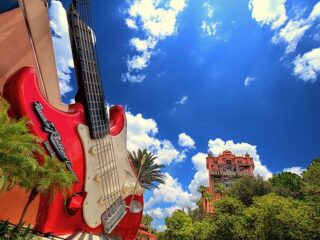