Have you seen the Walt  Disney World video of Gaston being challenged to a push-up contest by a guest?

One of the magical things about a visit to Walt Disney World is all of the characters in the parks. They go above and beyond to interact and entertain the guests.

Beauty and the Beast villain Gaston is one of the most popular characters in New Fantasyland in the Magic Kingdom. Make sure to stop by and say hello when you are visiting!

This guest obviously didn’t realize that Gaston has biceps to spare and eats five dozen eggs now that he is grown. For anyone who thought that those muscles in the Gaston costume were just padding think again!

But being Gaston in the Disney parks requires more than just muscles and strength. As this next video shows, this talented Gaston has to answer many comebacks from this small girl.

We all think about Gaston as being all brawn and no brains but here he certainly shows that no one ‘Matches wits like Gaston’.

We are guessing that after more than 10 million views for these videos that Gaston is going to find himself even more popular in the Disney Parks. Surely that will do a lot for his ego!

If you want to find Gaston in Walt Disney World he appears every day outside his tavern in the New Fantasyland part of Magic Kingdom.

Do you have a favorite character in the Disney World parks? Would you take up the push up challenge with Gaston? 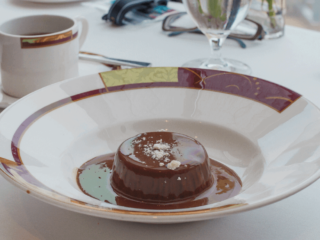 Is Food Included on a Disney Cruise?
← Read Last Post 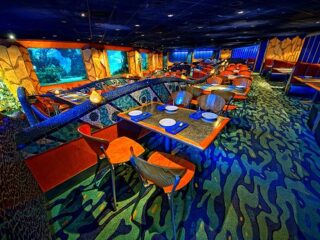