What are the Disneyland and California Adventure Ride and Attraction Closures for October 2015? When you visit Disneyland and California Adventure park it is a great idea to know in advance which of the rides and attractions are scheduled to be closed. Then you know not to set your heart on a ride on Space Mountain or a boat ride on It’s A Small World if you already realize that those attractions will be closed when you visit.

October is a good time to visit Disneyland and Disney’s California Adventure Park. The crowds are of course lower than the summer time at the Disney parks, and they are decorated for Halloween.

The good news is that there are not many ride and attraction closures for either of the Disney Anaheim parks in October 2015.

The Autopia Fast Pass Booth is closed until 1st January 2017.

Tomorrowland Theater will be closed for refurbishment and reopen December 1st 2015.

As you will see there are very few actual closures for October 2015. There are always unscheduled temporary ride closures in Disneyland and Disney’s Californian Adventure. Usually these closures don’t last long and you can experience the ride later in the day. Generally the more technically advanced the ride is the more likely these short down times are. Rides like Radiator Springs Racers, Space Moutain and Big Thunder Mountain often are closed for short periods of time. We have also noticed that Pirates of the Caribbean seems to experience a lot of downtime lately

Will you be visiting Disneyland and Disney’s California Adventure in October 2015? Which rides are you looking forward to most? 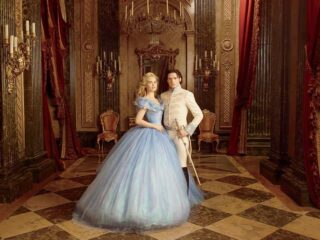