It has been announced that the Disneyland Annual Pass program has ended.

Whilst this is very sad news, is really isn’t unexpected.

“We want to thank our Annual Passholders for their understanding during this closure period. Due to the continued uncertainty of the pandemic and limitations around the reopening of our California theme parks, we will be issuing appropriate refunds for eligible Disneyland Resort Annual Passports and sunsetting the current program.? We are currently developing new membership offerings that will utilize consumer insights to deliver choice, flexibility and value for our biggest fans.”

So what does this announcement mean? Of course, everything right now is pure speculation, but let us look and talk about what may be ahead.

What Does this Mean for Disneyland Annual Passholders?

What if you still have a Disneyland Annual Pass? You will be getting a refund of any portion of the pass which was not used.This will be counted from Disneyland Park closing on March 14th 2020.

Annual Passholder discounts will still be available for a limited time for those Passholders.

If you had an Annual Pass which was valid on March 14th, 2020 you can still get discounts on food and merchandise in select Downtown Disney and Buena Vista Street locations. These discounts will remain valid until the new membership offering are announced.

Passholder will also get a 30$ discount off select merchandise in Downtown Disney and Buena Vista Street. This is only between January 18th and February 25th 2021.

What Does The Future Hold For Disneyland’s Annual Pass?

The starting point is that the Disneyland Annual Pass represented a huge amount of revenue for Disneyland.

Disney doesn’t release figures about Annual Passholder numbers but it is thought that the numbers are significantly higher for Disneyland than Disney World.

Many more people live within a short driving distance of Anaheim than they do Walt Disney World and so the number of regulars was always higher.

However, over recent years it could certainly be said that Disneyland was trying to reduce it’s number of local Annual Passholders. Whilst discounts have always been available to SoCal Residents, those discounts have been significantly cut in recent years.

Disneyland did seem to get a little less busy after the last price increases, and the user experience, I believe, did get better as the crowds seemed lighter.

Ken Potrock used the words “sunsetting” to describe what is happening to the Disneyland Annual Pass. An interesting choice of words. Perhaps it means that one day the sun will rise once again and the program will return. Or it could just mean that he didn’t want to use the words “ending”.

Disney has a huge amount of data on who uses the parks and how they experience the parks. Perhaps a new system will introduce more “choice value and flexibility for our biggest fans”.

I certainly hope so. Having personally been an Annual Passholder for at least one of the Disney Parks for over 25 years I look forward to seeing how Disneyland deals with the delicate balance of keeping revenue up whilst also not upsetting it’s loyalest fans.

What do you think they will replace the Annual Pass with? 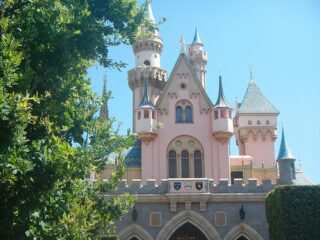 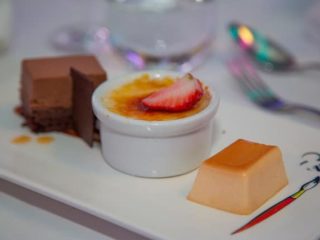