Epcot Illuminations was for many years one of the highlights of a visit to this Disney World theme park.

Illuminations Reflections of Earth used to play every night at Disney’s Epcot around the World Showcase Lagoon.

Epcot Illuminations will be replaced by the new show Harmonious, hopefully some time in 2021. It was originally due to being in March 2020, however, we all know how that turned out …..

Epcot Illuminations was a unique blend of fireworks, music, lights and pyrotechnics. It really was one of the best Disney World fireworks displays and therefore many people were sad to hear that it was ending.

The opening words are:

“Good evening. On behalf of Walt Disney World, the place where dreams come true, we welcome all of you to Epcot and World Showcase. We’ve gathered here tonight around the fire as people of all lands have gathered for thousands and thousands of years before us… to share the light… and to share a story. An amazing story as old as time itself, but still being written. And though each of us has our own individual stories to tell, a true adventure emerges when we bring them all together as one. We hope you enjoy our show tonight:Reflections of Earth”.

What is the Story of Epcot Illuminations Reflections of Earth?

After what sometimes seems like a lot of anticipation the lights around Epcot went dim. Then a single firework shot across the World Showcase Lagoon from the United Kingdom Pavilion.

The start of the Epcot Illuminations fireworks was used to represent the Big Bang and the creation of the Universe. Then things became a little more calm with scenes evoking the nativity of the earth.

After this spectacular introduction the mood changed with a more sedate tempo and the beginning of the journey of the huge globe across the World Showcase Lagoon.

This was a 350,000 pound globe on a barge! Difficult to explain what that looked like but it was certainly unique and innovative.

Images were projected on to the globe to give the illusion of a floating earth. The display uses almost 300 LED screens to project images depicting the earth from the dinosaurs to present day.

I know that was very clever but this is the part of Illuminations was a little slow for me. Not much was going on and usually I just wanted the fireworks to start again!

The globe then opened out, signaling the finale of pyrotechnics and fireworks. This was the part of the story which symbolized a new age and a new beginning.

Illuminations made use of lasers in the display. For those of you who like Disney trivia here is an interesting one for you. The FAA has to grant advance permission for any system using lasers outdoors.

This means that every night Orlando International Airport has to be notified when Epcot Illuminations starts so that air traffic control can be advised.

How Do I Decide Where to View Epcot Fireworks?

I wrote this about the Epcot Illuminations fireworks. Some things will remain exactly the same for Harmonious, but some things may be different. I will keep you updated.

After a day of experiencing the Epcot Rides you will be ready to watch the fireworks!

The first thing you need to do is decide how you are going to leave the park after Epcot closes when the final firework has left the sky. You will soon realize that up to 30,000 people will be leaving at the same time that you are.

So you need to decide how important it is to you to leave the park quickly and balance that against where your ideal or available viewing spot is.

If you are not in a rush to exit the park then simply decide where you would prefer to view and be prepared to stake out popular spots ahead of time!

If you are a guest at one of the Disney Epcot resort hotels then to exit more quickly you may want to be close to the World Showcase exit located between France and the United Kingdom.

If you aren’t concerned about getting out of Epcot quickly then you have a lot more scope as to viewing spots. Personally I don’t like to rush out of the park.

Take the chance to sit down for 10 minutes or so until the crowds start to thin out. One of my favorite spots to just relax and take in the atmosphere is close to the fountains in France.

Where are the Best Places to View Epcot Fireworks?

Most places give a decent view. Just watch out for trees which may block your view!

However, some spots are definitely the good ones. Be aware that at busier times these great viewing spots will be reserved an hour or two in advance.

Personally I would not do this – but if this is your one shot at seeing the show then you may decide you want to.

The Rose and Crown Restaurant:

If you can snag a table near the window this is a great spot to view – and you can be in comfort actually sitting down! Make your Advance Dining Reservation for around 45 minutes to one hour before Illuminations starts and ask for a table where you can view the fireworks.

Even if you don’t get a great viewing table then one thing you can do is eat in the restaurant and stay until show time – the staff will usually help you find a good viewing spot outside. This gives you a very close view of the pyrotechnics and it does get surprisingly warm! This is one of the most intense viewing places.

If you get there early enough to get a place on the raised viewing platform outside the restaurant then this is a great viewing place.

The Bridge Between France and The United Kingdom

Of course, this isn’t available right now, but it used to be a very popular way to watch the Epcot fireworks.

Frozen Ever After Dessert Party

Again, this isn’t available right now, but I am sure it will be reinstated as soon as possible. It was a very popular event, and a great way to experience the Epcot fireworks.

Another way to buy yourself a good view of the Epcot fireworks is to book the Frozen Ever After Dessert Party. The price is $99 for adults and $59 for children aged 3 to 9.

The location was excellent for viewing Illuminations and will be for the new Epcot fireworks when they start. – close to the Canada and Mexico Friendship boat launch.

The area is beautifully decorated and you can indulge in such Frozen themed food as:

It isn’t just for those with a sweet tooth. One of the best items is the Duke of Weselton’s cheese fondue served with country bread cubes, broccoli and grilled flatbread.

The following drinks are available from the bar:

“Melted snow” and other non-alcoholic beverages
Summertime cocktails, like margaritas and piña coladas
Beer and wine

As well as securing a good viewing spot, you will also be given a very coveted thing. The chance to ride Frozen Ever After following the party. You will be escorted to the ride after Illuminations and you will ride with your fellow party attendees.

As Frozen Ever After has one of the longest lines and is one of the most difficult to get Fast Passes in the whole of Walt Disney World this is a big perk.

The great thing about the Frozen Ever After Dessert Party is that you will get to sit down whilst waiting for the Epcot fireworks to start! There are plenty of tables with chairs. You are allocated a table according to the size of your party and how far ahead you booked.

The further in advance you book the more likely you are to get one of the best tables by the edge of the World Showcase Lagoon.

Wherever you view Epcot Illuminations Reflections of Earth you are sure to appreciate this spectacular display. Make sure that you plan to see it at least once on your visit to Disney World.

What are your memories of Epcot Illuminations? 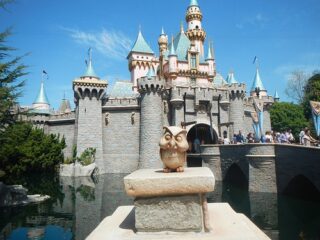 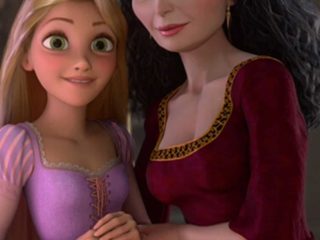 I recently went to Epcot (Oct 23, 2012) and we ate at Tokyo Dining. We were seated in a window table at 8:30pm . I had reservations for 8:00pm but requested that I would wait for a window table and that I could wait longer. The view was excellent. Some people were outside our window but they didn't block our view because they are on a lower deck.

I was happy but at 9:00pm the lights were dimmed just a little bit. The restaurant did NOT play the music of Illuminations although I asked our waitress if they played it and she said yes. And also, I was very surprised that nobody at the restaurant seemed to care about the fireworks outside. Everyone kept talking loud and because the lights were not completely dimmed, I saw a lot of reflections on the window.

P.S. The food was excellent and everyone was super nice to us. The dining experience was great, but I don't recommend watching Illuminations from a restaurant. I won't do it again.

[...] a seat is by booking the Package which also includes access to a preferred viewing area for Epcot Illuminations Reflections of [...]