Disneyland to Reopen on April 30

The news that we have been waiting for. Disneyland is to reopen on April 30, 2021 after being closed for more than a year.

Both the Disneyland and Disney California Adventure Parks will start accepting guests.

At first, the park will only be open to California residents. Really this is a move which doesn’t come as a surprise.

There will be a reservation system, much like the one which has been operating in Disney World since it reopened. All guests will require a valid ticket and a reservation, which can be made online.

How Many Guests Will Disneyland Admit When It Reopens?

Disney has said that attendance will be “significantly limited”.

There is no word yet as to how many guests will be admitted to each park every day. The reason for this is because this is not within Disney’s control. The capacity of the parks will be determined by state rules issue on March 1, 2021 by Governor Newsome.

These rules state that theme parks and sports venues can begin to open up on April 1, subject to certain capacity restrictions, which will be implemented in stages.

California is divided into a number of zones according to county lines. Orange County is one one of those zones, and this is where Disneyland is located.

In order of “hotness” of positive covid cases and hospitalizations the zones are purple, red, orange and yellow. The highest level being purple, the lowest yellow.

Right now, Orange County is purple. The highest level. It has to get to red before Disneyland can reopen with 15% capacity. When it gets to orange it can be 25% and when it reaches yellow, 35%.

Once California reaches a minimum of two million doses of vaccine given to residents, this will mean that all counties in the state will move through the colored zones more quickly.

What Will The New Rules Be for Guests Going to Disneyland?

Obviously, the world is a very different place and we can expect some very different rules for those visiting Disneyland and Disney’s California Adventure.

The rules which we know about right now relate to social distancing and mask wearing. These will be the same as those currently in operation for Downtown Disney. Everyone over the age of two will have to wear a mask, unless eating or drinking.

Which Attractions will be Open at Disneyland and Disney’s California Adventure?

This isn’t yet clear. The details are apparently still be worked out.

We do not yet know when indoor attractions, rides, dining and shows will reopen. We do know that stores and indoor quick service restaurants will be open. However, guests will have to sit outdoors to eat or drink as they will not be permitted to dine inside.

What really isn’t known is which indoor rides will be open. Disney has stated  “many factors will determine the timing of when offerings may be available and the status of indoor and outdoor experiences.” So in other words, we don’t know at this time.

It is clear that Fast Passes won’t be offered. They aren’t at Disney World anymore and it is difficult to see when they will be reintroduced.

It is impossible to say at this point how the lack of Fast Passes will play out, given that the park will have very limited capacity.

How Do You Get a Ticket for Disneyland When it Reopens?

Disney has announced that you will need a valid ticket and a park reservation which can be made online.

Disney no longer has any annual passholders, having abolished this program some months ago. Therefore everyone will have to buy a new ticket and make a reservation. I

It has not yet been announced what the cost of those Disneyland tickets will be. I wouldn’t hold out much hope for them to be at any kind of discount – there is so much pent up demand, Disneyland is not going to have a problem selling tickets.

It seems unlikely that you will be allowed to park hop between Disneyland and California Adventure. When Walt Disney World first opened it didn’t permit Park Hopping either for some considerable time.

Will Disneyland Hotels Be Open?

The only announcement which has been made is that Disney’s Grand Californian Hotel and Spa will reopen on April 29, 2021, with limited capacity. The DVC Villas at the Grand Californian plan to welcome guests from May 2, 2021 onwards.

There is no word yet about when Paradise Pier and Disneyland Hotel will open for guests.

Will you be going to Disneyland when it reopens? 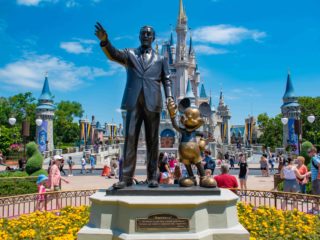 What Should I Not Miss At Magic Kingdom?
← Read Last Post 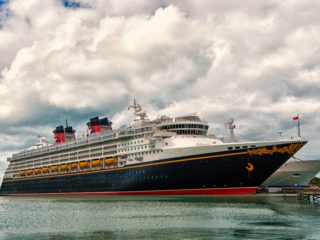