Extinct Universal Studios Orlando Attractions That Need To Come Back

I’ll never forget when they announced Jaws was going to be replaced by another Harry Potter-themed area.

Whilst I was very excited about the new land, I was very sad to hear that Jaws was closing down.

Looking on the bright side, the rides at Universal Orlando that replace them are usually on par with the former attractions.

However, it would be nice to live in a world where we can have both the new ride and the one it replaced.

Let’s pretend we live in this world for a moment and take a look at some of the extinct Universal Orlando attractions we want to come back.

Which are the best old rides at Universal Studios Orlando?

Dueling Dragons was a dueling inverted coaster themed around a battle between two dragons.

The dueling tracks had three near misses where it would seem like you were going to collide with the other track. This made for a thrilling experience with lots of “AAAHHH!” moments where you thought you were about to hit the other train.

Unfortunately, it led to a couple of injuries, caused by loose articles, so the coasters no longer ran at the same time.

The ride was rethemed to fit with the Wizarding World of Harry Potter. Now called Dragon Challenge, the attraction was themed around the Triwizard Tournament, yet the ride stayed mostly the same.

It was replaced by Hagrid’s Magical Creatures Motorbike Adventure in 2019.

While the new attraction is one of the best at Universal Studios Orlando, I wish Dragon Challenge would reopen in some way.

Even if they couldn’t make the two tracks duel again, I’d love to see this ride return.

It was fast, smooth, and the inversions were fantastic. I=

In my opinion, it was a thousand times better than any of the other roller coasters at the resort, until VelociCoaster was launched, so I was really sad to see this one go.

I’m not sure where they could put it though. Maybe it could replace Fast & Furious – Supercharged?

Based on the 1996 movie Twister, this attraction was a special effects extravaganza where you witnessed first-hand one of the most devastating natural disasters on earth – the tornado.

I can see why Universal Studios decided to close this one down.

The special effects were dated, it wasn’t very popular anymore, and modern audiences aren’t familiar with the movie Twister.

However, if they upgraded some of the special effects and maybe ditched the movie tie-in, I think audiences would love this attraction.

It was a cool show, especially when you see it for the first time. Some of the effects were genuinely impressive and overall it was a very immersive experience.

Race Through New York With Jimmy Fallon replaced this attraction in 2017, and in my opinion, it’s not a worthy successor.

It has lots of awkward humor, there isn’t anything innovative about it besides the queue system, and the story isn’t very interesting.

Plus, they don’t even have a flying cow!

Maybe they could turn it back into Twister, or if they can’t, maybe it could replace Fast & Furious – Supercharged.

Before Revenge of the Mummy, there was Kongfrontation – a tense ride on an open-air aerial tram through New York City where you come face-to-face with King Kong.

Some of the effects needed to be updated, but overall this was a great attraction. The set design was expertly crafted, the ride system was very unique, and the animatronics were jaw-dropping.

This was much better than Reign of Kong: Skull Island, the King Kong attraction that opened in Islands of Adventure in 2016.

Which Harry Potter Park is Best?

There were more practical sets and effects, the story was much clearer, and it had a very unique ride vehicle instead of a generic “motion simulator on wheels.”

I don’t want this to replace Revenge of the Mummy, because that’s a great attraction too, but I think it could replace Fast & Furious – Supercharged.

If they updated some of the effects, I think park guests would love this attraction.

Based on the Steven Spielberg movie Jaws, this Universal Studios attraction was a terrifying boat ride around Amity Island where you were pursued by the Great White shark from the movie.

Again, I love Diagon Alley, but I really miss Jaws. It was one of the few theme park attractions that scared me.

Even though I’d been on it hundreds of times, I’d still get tense in the scene in the boathouse.

At first, you thought you were safe from the shark, but then you hear the water move, and the boating equipment would fall down.

The skipper tries to get out of the boathouse, but the engines were out! You were now stuck in a nearly pitch-black boathouse and had an eerie feeling that the shark was right under the boat…

Then you’d actually see the shark and the tension would fade immediately because it looked really fake. Nonetheless, it was lots and lots of fun.

I’m not sure where they could put this if they brought it back. Maybe Fast & Furious – Supercharged?

5. Back To The Future: The Ride

I’d like all these attractions to come back, but if I could only pick one, I’d pick this one without hesitation. Back To The Future is one of my favorite movies, so I’m really sad this had to go.

In this attraction, you took a ride in Doc Brown’s DeLorean and blasted through time trying to take back another DeLorean stolen by Biff Tannen.

Merely going into the time machine from the movies was enough for me.

This attraction was amazing.

You got to go to the future (well, by “future,” I mean 2015), navigate through a crumbling glacier (which if you wanted, you could do now in Antarctica), see the dinosaurs, and take a ride down a lava slide.

It felt like you were on a real adventure!

I love the Simpsons Ride – it’s actually one of my favorite theme park attractions – but it was a shame we had to see this one go.

Again, I love the Simpsons ride, so I wouldn’t want it to turn into BTTF. Perhaps they could replace Fast & Furious – Supercharged with this? Though, I’m sure the thousands and thousands of Supercharged fans would be very upset if it closed down.

Which old Universal Studios Orlando attractions would you like to see return? 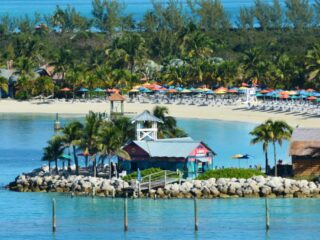 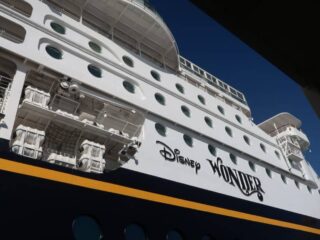