How To Get to Epcot From Hollywood Studios

Want to know how to get to Epcot from Hollywood Studios?

There are many ways that you can travel between the Epcot and Disney’s Hollywood Studios, including one that most people don’t even know about.

One of the most impressive things about Disney World is its extensive, free transportation system.

Disney transportation uses monorails, boats, buses, and the new Skyliner. You can also drive between the parks.

Remember that the Disney transportation system can be used not just by Walt Disney World Resort guests, but by anyone visiting Disney World.

Here are the ways that you can get to Epcot from Hollywood Studios:

Epcot is approximately 4.5 miles from Disney Hollywood Studios if you are driving from one parking lot to the other.

Can You Walk from Epcot to Hollywood Studios?

One way that you can get from Epcot to Hollywood Studios is that you can walk. This is one of the quickest ways, but only a minority of guests do this and many do not realize that this is an option.

There is a very pleasant walking path between Epcot and Hollywood Studios. This is one of those Disney secrets that not many know about.

Where does the path start? If you exit Hollywood Studios and head towards the bus stops to the left, you will see the boat dock and the walking path.

The walking path follows the path by the side of the “river” from Hollywood Studios to the Boardwalk area.

You will walk through the Boardwalk area and then on to the International Gateway entrance of Epcot. Turn left for the United Kingdom or right to France.

The walk from one park to the other will take approximately 20 minutes to a half-hour.

If you want to take a relaxing boat ride rather than walking, the Friendship Boats take the same route. Disney World Boat Transportation is a very relaxing way to go between the two parks.

The Friendship Boat dock is located just beyond the International Gateway entrance to Epcot.

The boats have stops at Disney’s Yacht and Beach Club, Walt Disney World Swan, and Dolphin Resorts, and Disney’s Boardwalk.

The boats usually work on 15 and 30-minute schedules depending upon how busy the parks are. The boat ride will often take longer than walking, but it is a great way to get a nice break and rest your feet!

How long is the boat ride from Epcot to Hollywood Studios? It will take approximately 25 to 30 minutes to travel from one park to the other as it makes stops at the Boardwalk, the Yacht and Beach Club and the Swan and Dolphin Hotel Resorts.

Can you Take the Skyliner from Hollywood Studios to Epcot?

The Skyliner has made it a lot of fun to get from Epcot to Hollywood Studios.

Since 2019 the Skyliner really has transformed transportation around Walt Disney World. This gondola system has five stations and three lines:

The Epcot Line: This starts at the International Gateway entrance to Epcot and its first stop is Riviera Resort. This part of the journey takes six minutes. The next stop is the Caribbean Beach Resort. The complete journey takes eleven minutes.

As you can see, the Caribbean Beach stop is the hub for the Skyliner system where you can change gondolas to go to Hollywood Studios and Epcot.

The Skyliner has proved to be a very convenient and efficient addition to the Disney World transportation system.

Each gondola seats up to 10 guests. A nice feature is that you do not have to fold a stroller down to get onto the gondola. They are also wheelchair accessible.

When is the Skyliner open? It depends upon the season, park hours and weather, but it is scheduled to open one and a half hours before park opening and close one and a half after park closing.

Obviously, the Disney Skyliner is not for everyone. If you are not comfortable with heights or small spaces then this is not going to be an enjoyable experience!

Another way to get from one park to another is to use the Disney World bus service. This mode of transportation is one that perhaps most people will think of first when deciding how to get from Epcot to Disney’s Hollywood Studios.

If I have any other choices for the Walt Disney World transportation system then I will avoid the bus! The boat, Skyliner, and monorail are so much more relaxing.

Here, the bus will take around 15 to 20 minutes, depending upon how long you have to wait for it to leave.

If you have driven your own vehicle to the Disney parks it is easy to drive from one park to the other.

The drive is approximately 4 miles and should take about 10 minutes. You can transfer parking tickets from the Disney parks.

So if you have parked at Hollywood Studios and paid for parking you will not have to pay again to park in the Epcot parking lot.

How to Get from Epcot to Magic Kingdom

Using Uber to Travel from Hollywood Studios to Epcot

It is always worth checking out if it will be a cheaper option to use Uber or Lyft rather than renting a car. Ride-sharing services are now well established and efficient in transporting people around the Disney World Resort.

When looking at cost comparison, as well as car rental costs, don’t forget to include the cost of parking each day at Disney World.

In each park there are specific meeting places for Uber. In Epcot it has changed a number of times, but at the moment is close to the preferred parking places. In Hollywood Studios it is right next to the Skyliner station.

The Disney Minnie Vans may have been on a long break in service but will return in Summer 2022.

These very distinctive SUVs are Disney’s ride-sharing service that you can access via the Lyft app.

We don’t yet know what the pricing will be. However, if we look at the prices before the closure the Minnie Vans were significantly higher priced than Uber and Lyft.

The previous prices for the Minnie Vans were that there was a base rate of $15 for each pickup. Then a per-mile fee which would vary according to surge pricing but would be around $2.75 to $3.00 per mile.

Can I Take the Monorail Between The Parks?

The monorail is an essential and very efficient part of the Walt Disney World transportation system. The express monorail can transport guests from the monorail resorts to the Magic Kingdom in a matter of minutes.

There is even a monorail connection from Epcot to Magic Kingdom via the Transport and Ticket Center.

You could take the monorail from Epcot to the Transport and Ticket Center and then take bus transportation to Hollywood Studios. However, this is not a very direct solution and would be very time-consuming. 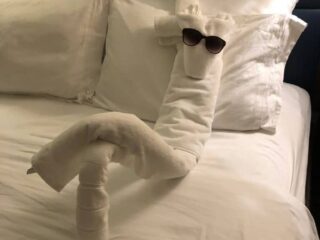 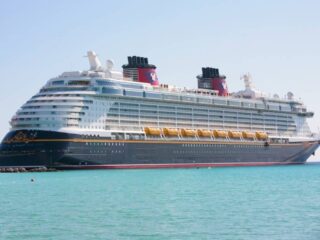