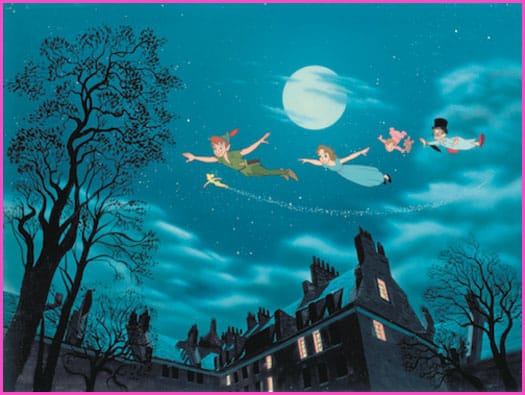 Peter Pan is the classic story of the boy who does not want to grow up. Since the Disney movie Peter Pan was released in 1953 it has become one of the most beloved animated movies of all time. The movie, based upon the story by J.M Barrie takes us all to Neverland and of course brought us one of the most popular of all the Disney characters, Tinker Bell. And let’s not forget the classic Disney villain Captain Hook!

Now, 60 years since the movie was first released, Peter Pan is out of the Disney vault once more and available as a special edition Peter Pan (Three-Disc Diamond Edition: Blu-ray/DVD + Digital Copy + Storybook App)

This Peter Pan Three Disc Diamond Edition has lots of great extra features for the Disney movie fan including a number of new never before seen bonus features:

New Introduction by Diane Disney Miller
Disney Sing Along
Disney Intermission: Check out what happens when you press the pause button – instructions on how to be a pirate!
StoryBook App: Coloring pages, puzzles, music, memory games and more!
Growing Up With Nine Old Men: An excellent new featurette which has 7 of the children of the original Nine Old Men talking about their father’s work.
Deleted Scenes – New
Alternate Ending – New
Tinker Bell: A Fairy’s Tale: a featurette showing how Tinker Bell has evolved over the years

Just the movie is also available but if you are a Disney movie fan it is worth the little extra for all the new features.

[...] information!Peter Pan Three Disc Diamond Edition DVD EverythingMouse / Posted on: January 31, 2013EverythingMouse – Peter Pan is the classic story of the boy who does not want to grow up. Since the Disney [...]