Turns out Disney World is truly where dreams come true. Coming 2021 to Disney World is “Star Wars: Galactic Cruiser,” a fully-immersive Star Wars themed hotel. That’s right – there is going to be a Star Wars hotel!

Disney has confirmed that reservations will open in late 2020 and that the Star Wars Hotel will open in 2021. It isn’t yet known when the exact start date will be, but as soon as it is announced we will let you know!

The hotel will be called Star Wars:Galactic Starcruiser.

Its location will be south of Hollywood Studios close to Galaxy’s Edge, then east of World Drive.

Can you imagine the excitement of arriving here! From the concept art it looks as though you will arrive and a valet will take care of your vehicle and luggage. I would imagine the luggage will be magically transported to your cabin for your arrival!

According to Disney, “This groundbreaking experience is unlike any resort experience you’ve ever seen. From the moment you board your launch pod, it’s a fully-immersive, multi-day Star Wars adventure aboard a luxury starship complete with high-end dining, space-view cabins and all of the exciting action you would expect from an authentic Star Wars experience.”

What makes this Star Wars hotel unique is its level of immersion. This is going to be like no other Disney World Resort Hotel.

It’s themed around a starcruiser named the Halcyon, complete with windows looking out into space, sci-fi themed bedrooms (more on bedrooms or cabins as they are known, in a moment) and characters such as Chewbacca or Rey roaming around the ship.

A writer from The Verge has described it as a “Westworld for Star Wars,”. Hopefully minus the killer robots and young CGI Anthony Hopkins.

In order to “travel to” the Halcyon, guests will board a space-pod, which will feature windows looking out into space, making it feel like you’re cruising your way through the outer reaches of the galaxy.

Not much is known right now about the boarding process, but we are sure it will be a completely immersive experience.

We already know that wearing a costume is going to be part of the experience. However, it isn’t known at what point guests get changed into costumes. Will they arrive at the starcruiser already in costume, or will they find Star Wars-themed outfits to choose from in their room closets?

After boarding, you will spend two nights and three days completely immersed in the hotel. All guests will board together and disembark together – like a cruise ship experience.

It was originally thought that the cabins would sleep up to 5, but the concept art released in November 2020 seems to suggest it will be for four guests.

They will have an adult-sized bed and then a bunk bed for kids. Each room will also have a window looking out into space.

This is more like a cruise ship concept, but a balcony in space really isn’t an option!

The concept art really doesn’t give very much away – apart from the focus on that huge window out onto space. This is like taking the Virtual Porthole that you find on the Disney Fantasy and Dream cruise ships, to a whole different level!

The picture above shows the original concept art, but the pictures below show the updated versions released November 2020.

To us this concept art seems to portray the rooms as quite a bit smaller than the originals.

Some sources say there will be a total of 64 rooms on the ship, while others say 32, so we’re not sure about that one yet. The blueprints show 32 rooms, but it isn’t clear if that will be over one or two floors – so that’s why we don’t know if there are up to 64.

But we do know that there will be two “executive” rooms, or suites. Not much is known about those either. You can see from the plan above though that the 1st Class Cabins are a lot larger than the standard cabins.

It seems from the blueprint that the standard cabins are all pretty much the same size, although perhaps 1001 and 1002 seem larger on this plan.

If you want to see more about the cabins we have written this guide which we will keep updated with any developments:

It’ll be different from other Disney World resort experiences in that it’s not so much about going to the theme parks, but more about staying in the hotel and experiencing all that the starcruiser has to offer. Probably at the price it is going to cost, you will want to experience every possible minute!

However, there will be excursions where you can take a pod down to Black Spire Outpost and land somewhere between Millenium Falcon: Smuggler’s Run and the Rise of the Resistance attraction. I would guess there will be priority boarding for all guests to the attractions.

Not many of the details have been disclosed yet on what you will do once onboard, but we do know of a few things you can do.

One activity onboard the ship is lightsaber training. Not much is known about what exactly this will include, but it could be similar to Jedi Training: Trials of the Temple over at Hollywood Studios. Or maybe it has something to do with motion tracking.

Another thing you can do is operate the defense and navigation systems on the ship. From the concept art, it seems as though you might take part in a space battle where you will be guided by crew members on how to defend the ship.

You can explore different parts of the ship too, including the engine room, where the Disney website says you can “discover the inner workings of the ship’s systems.”

Then there is also the Silver C Lounge, a sci-fi themed lounge somewhat reminiscent of the bar in Attack of the Clones – the one where Obi-Wan Kenobi says “you want to go home and rethink your life.” No details yet on what items are going to be on the menu or what the prices will be.

Guests can play a part in multiple story-lines featured around the ship. No details on what exactly this means, but it might involve scavenger hunts, solving a mystery, figuring out puzzles, etc. Rumors are that it might a choose-your-own adventure story, where your choices affect the outcome of the story.

That’s all we know about the activities on the ship, but hopefully, we’ll obtain more information soon.

When Star Wars Land was originally announced by Harrison Ford way back in 2016, this concept art was released. The idea was that there would be a sit down restaurant in Star Wars Land itself.

This idea was shelved and at present there is no full service restaurant in Star Wars Land, but it is thought that this concept art is going to be used for the Star Wars Hotel Restaurant.

How Much Will the Star Wars Hotel Cost?

Exact details have not been announced as to the cost of the Star Wars Hotel. It is rumored that the pricing will be more like a cruise than a hotel – in other words, it is a total for the 3 days 2-night experience rather than a per-night cost.

This makes sense because you have to stay for the whole experience rather than being able to check-in for the number of nights that you choose.

Prices for the 2-night experience are rumored to start at $3,300 per person. The rooms or cabins sleep up to five guests, so it may be that Disney adopts a pricing system like Disney Cruise Line where the first two guests are one price and additional guests pay a lower amount.

Using the cruise line pricing model it most likely will be that certain food and activities are included in the cost. However, I would guess that there will be plenty of opportunities to upgrade your experiences, food and beverages, just as there are on a Disney Cruise.

There is no word just yet on when booking will open or what the process will be. However, what is certain is that it will be so popular that snagging one of those cabins is not going to be easy!

Will you be trying to book the Star Wars Hotel? 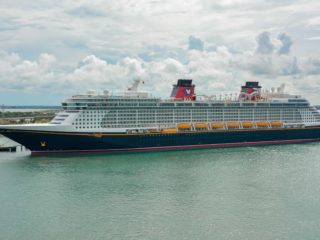 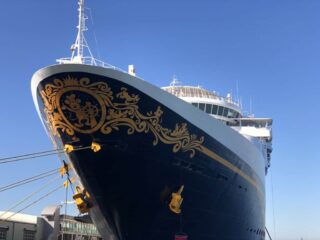 What Makes a Disney Cruise So Special?
Read Next Post →