Just because May the 4th is over it doesn’t mean we have to stop talking about Star Wars! That would be pretty bad for me, seen as 97% of what I talk about is Star Wars, while the other 3% is Disneyland.

Although now that I think about it, usually when I talk about Disneyland it’s about the Star Wars stuff in it, anyway, that’s beside the point.

Now that Episode IX has been released on Disney Plus, meaning that all of the Star Wars movies are now available to watch, I thought it would be fun to rank all twelve (which includes the Clone Wars) Star Wars movies from worst to best.

Before you read mine, make your own ranking list – it’s a lot of fun! Then you can compare and contrast our lists.

12. Episode I – The Phantom Menace

For me, it’s just too boring. All the characters have a dull look on their face and little to no personality.

Rarely is this movie fun and exciting like a Star Wars movies should be.

The only sequence that stands out is the lightsaber fight at the end with Darth Maul. It’s a cool setting, Darth Maul is a good villain, his lightsaber is awesome, and the choreography is amazing. I think this is the best lightsaber fight out of all the series!

This movie has one of the best soundtracks out of the franchise. Who doesn’t love that track that plays during the Darth Maul fight at the end?

11. Episode II – Attack Of The Clones

I will say that this movie is less full than its predecessor. Some of the characters have a more developed personality, like Obi-Wan Kenobi.

Still, it is very boring and a lot of it doesn’t make much sense. If Jedi are forbidden from falling in love, why did they assign Anakin to be Padme’s guard, who on multiple occasions has stated that he is attracted to her, and then send them on their own to stay in a villa which is located in a really romantic setting with rolling grass fields, waterfalls as tall as skyscrapers, and proceed to let them have romantic candlelit dinners together? Jedi recipe for disaster!

The one thing that puts this above The Phantom Menace is I do enjoy it on an ironic level, in that at times it’s so bad it’s good. The romantic dialogue to me is absolutely hilarious.

And the Yoda fight at the end is pretty cool too.

I really don’t like movies where it’s just action scene after action scene. It feels like whenever an action scene finishes, another one starts immediately after. You never get much of a break.

I honestly don’t remember much of what happens in this movie. I couldn’t even tell you what the plot is.

All I remember is being really bored.

9. Episode IX – The Rise Of Skywalker

I was really disappointed in this movie. A lot of it is too silly, especially the Emperor, who looks like GLaDOS from the Portal video-games when he’s attached to that crane.

The pace is moving at break neck speed with little time for things to set in. I feel like there is a good movie in here somewhere, because a lot of these scenes would be good if they weren’t so rushed.

I did like some of the stuff in this movie though. Han Solo coming back, C-3PO’s sacrifice, and that lightsaber fight on the Star Destroyer between Rey and Kylo Ren was fantastic.

It was hard to decide whether The Last Jedi or Rise of Skywalker is a better movie. For me, Episode IX has better moments – I don’t think anything in the Last Jedi comes close to the scene where C-3PO sacrifices himself.

I will say though that Episode VII is less flawed than Episode IX, which is why I put it above Rise of Skywalker.

However, I don’t like the decisions they made in this movie, especially when it comes to Luke. He is too cynical. He believed Darth Vader, an absolute monster, could change to the light side.

Why is it now though that he thinks his nephew can’t be turned? He sees a little bit of darkness in him then proceeds to get his weapon out so he can kill him.

I did like some of it though, such as when Kylo Ren kills Snoke, the Yoda scene, and when Luke and Leia reunite.

I honestly don’t think it’s as bad as people say. There’s definitely some good in it.

7. Episode III – Revenge Of The Sith

Like Attack of the Clones, I enjoy this one on an ironic level. Emperor Palpatine is really goofy in this movie and I absolutely love it. The scene where he screams out “UNLIMITED POWER!!!” when he is zapping Mace Windu is so over-the-top that makes me erupt in laughter.

Still, there is a lot of this movie that’s genuinely good, not just on an ironic level. This is by far the best movie in the prequel trilogy.

It’s the only prequel where I am genuinely invested in the story. Watching Anakin become more and more frustrated at the Jedi council is compelling to watch and a lot of the time the drama does work.

Yoda and Palpantine’s battle stands as one of my favorite scenes out of all the Star Wars movies. The part where Yoda throws those Red Guards up against the wall is brilliant.

However, the bad dialogue is still there, not everything makes sense, and towards the end it does get a little boring during that fight on Mustafar.

While the first two thirds are pretty dull, the last third stands as quite possibly the best Star Wars battle there’s ever been.

The part where those two Star Destroyers crash into each other is awesome!

Then, there’s the Darth Vader hallway scene – one of the best scenes out of the entire franchise. This scene is perfect. A Star Wars fan’s dream come true.

K2SO is also great in this movie. I love his sarcastic one-liners.

This movie is so much fun! It’s a fun adventure with cool characters, great action scenes, good twists – what more could you ask for in a Star Wars movie?

The Kessel Run is probably the best scene in the movie. We’ve heard about Han Solo completing the Kessel Run in 12 parsecs and it was cool to see him actually do it.

I really like the villain too. Usually villains like him are always mean and cruel, never once showing an ounce of kindness. This one though has moments where he’s really nice and shows compassion for other people – that is until he murders someone with his weird lightsaber knife. Still, a very unique movie villain.

4. Episode VI – Return Of The Jedi

There are a few problems here or there, but this still remains one of the best Star Wars movies to date.

The best parts of the movie are when Luke Skywalker confronts Darth Vader. It’s really inspiring to see Luke’s unrelenting faith that there is still good in his father despite all the evil he’s done.

I love seeing Luke’s conflict with trying to resist the dark side. The part where he gets out of hiding and starts swinging at Darth Vader furious at the idea of him turning Leia to the dark-side always gives me chills.

The action is this movie is really good too. I love the speeder bike chase.

Watching this for the first time in the theater was one the best experiences of my life. I still remember the way the crowd cheered when Rey said “the garbage’ll do” and the camera turns to reveal the Millenium Falcon.

I was expecting this movie to just be okay, so it was a great surprise to see just how good it was.

I loved seeing all the old characters come back. They were just as entertaining and charismatic as before.

The new characters were really good too, especially since we get our first ever female Jedi.

I can’t get over how good this movie is. I love every second of it!

2. Episode V – The Empire Strikes Back

Everything in this movie is perfect.

Han Solo is better than ever in this movie. All of his lines are absolutely incredible, like the now-famous “I know” when he is lowered into the carbon freezing chamber.

This movie has my favorite soundtracks out of any of the Star Wars movies. The music that plays over the asteroid field is fantastic.

There is also the famous “I am your father” twist. Even though I’ve seen this movie a million times, I still feel a sense of shock when Darth Vader reveals that he is Luke’s real father.

I’ve always loved this movie and am looking forward to my next rewatch.

Like Episode V, everything in this movie is perfect. The only thing that puts this above The Empire Strikes Back is I do prefer the faster pace.

The characters are amazing, the action is a lot of fun, the story is compelling, it’s funny – it’s the perfect adventure movie.

I can watch this movie over and over again and never grow tired of it. It’s that good!

Which is your favorite Star Wars Movie?

All images from Star Wars 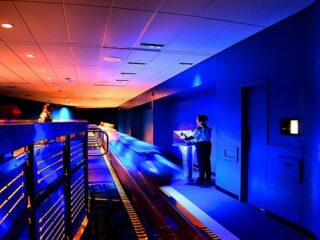 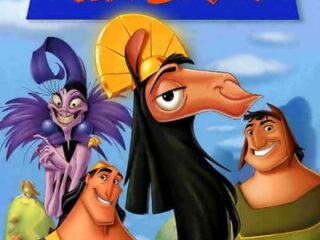 Top 10 Movies To Watch On Disney Plus
Read Next Post →