Disneyland Resort is the place to go for adults who want to tap into their inner-child.

Here is a list of the top-10 best Disneyland attractions for adults.

The Incredicoaster is the most intense and thrilling roller coaster in all of the resort, featuring a 108-foot drop and a vertical loop – the only one you’ll find at the resort.

One of the best elements of this Disneyland roller coaster is its length as it is one of the longest roller coasters in the world, coming in at 6,072 feet. The story is very good too, with you helping the Incredibles try and catch an out-of-control baby Jack-Jack.

The best part is when you reach the top of the second lift-hill, where they blast chocolate-chip cookie scents into the ride car.

Some of the best rides at Disneyland are the interactive ones, and Toy Story Midway Mania is no exception.

Adults will love the fast-paced, carnival-style game-play as well as the competitive aspect of trying to beat the other players in the ride vehicle.

This attraction is a Disneyland dark-ride and a video-game combined – what could be better?

An around the world tour in 5 minutes, taking you to places like Fiji, France, Switzerland, India, and many other locations.

The thing I love about this attraction is it’s so relaxing.

The ride system is smooth, the calm wind flowing through your hair is soothing, soaring over different landscapes is very calming, and the scents they spray throughout the ride are so nice (hence why I like to call the attraction “Bath and Body Works: The Ride”).

The lines do get a little lengthy, usually at 45-60 minutes. But it’s well worth the wait!

7. Pirates of the Caribbean

It’s called a classic for a reason!

The ride is incredibly immersive. You feel like you’ve transported years back when pirates ruled the Caribbean (I mean that in a good way).

Even though the attraction was created in the 60s, a lot of the effects still hold up. Those buildings still look as though they’re on fire! (Again, in a good way)

One of the best parts about this attraction is the line usually doesn’t exceed 30 minutes, so you won’t have to wait that long.

Like “Pirates,” this ride is very immersive. It feels like you’re in the middle of a haunted house (I’m starting to wonder why I seek out these experiences).

The effects of this ride will make your mouth drop. Even though I’ve been on this attraction half-a-million times, I still can’t work out how they do some of these effects.

Something I love about this attraction as well is its gothic atmosphere. It’s not necessarily a scary attraction, it’s just. – spooky… And eerie.

It’s not something that’s going to scare the bejeesus out of you, but it will send a chill up your spine. Just hearing the music can give you the shivers.

As for why I put this above “Pirates,” which some might say is better, it’s just a matter of personal opinion. I really like haunted houses, so it’s a personal preference.

It’s likely you’ll prefer “Pirates.” Still, if you can, go on both! They’re in the same land, New Orleans Square, so you won’t have to travel far between the two.

I love everything about this attraction. The queue, the pre-show, the ride – everything works really well!

There’s not much to say about this one. I don’t need to explain to you why piloting the Millennium Falcon is an amazing experience.

The lines don’t usually get too insane for this one. They range from 35 to 70 minutes. Though, it’s well worth waiting for 70 minutes.

4. Indiana Jones and the Temple of the Forbidden Eye

Slight bias because I’m a huge Indiana Jones fan. Still, even if you aren’t you’ll be astounded by how big the sets are in this attraction. It feels like you’re in a movie.

The thing I like about this is it’s such a huge adrenaline rush. You’re always escaping some kind of danger, whether it’s snakes, mummies, or getting over a rickety rope bridge. Then just when you think you’re okay, something else will come out and try to attack you (again, now that I’m describing these attractions, I wonder why I enjoy them so much).

Putting a roller coaster in the dark adds an unpredictable twist to it. As you go through, you wonder if it’s going to drop, turn left or right, go up, or something else, and it makes the experience so much more exciting.

The music adds a ton to the experience. The way it goes faster and faster as the coaster speeds up really complements the thrills.

I also like the way the stars zoom past you, making it feel like you’re blasting through outer-space.

2. Guardians of the Galaxy – Mission: BREAKOUT!

I’ve been on this a thousand times, yet I still haven’t grown tired of it. Every time I ride it I come off with a huge smile on my face.

I love how chaotic it all is. You’re trapped in an out-of-control elevator, the Guardians of the Galaxy are fighting off aliens, and while that’s all going down you’ve got some rock music from the 70s and 80s blasting in your ears.

It’s probably the funniest rides in all the parks too. My favorite line is what Rocket says when the doors open and you look out to Disneyland, which I won’t spoil here. The first time I heard it, I burst out laughing.

Rise of the Resistance

This fabulous Tim Tracker video is of Disney World, but it shows the ride so well we wanted to post this. Spoiler alert – I believe it is better to experience the ride for the first time knowing very little about it. This is a great video but only watch it if you really don’t mind seeing what happens on the ride.

I can’t think of any words to describe how extraordinary this ride is. Whenever I think back to when I was riding it, I get chills.

The ride takes immersive theming to a whole new level. As much as I love rides like The Haunted Mansion, Indiana Jones, and Pirates of the Caribbean, the immersion in those rides can be broken if you look in a certain direction.

If you look up, for example, sometimes you can see the lights on the ceiling. Rise of the Resistance is nothing like that. There are no gaps in the theming. Nothing ever breaks the immersion. It truly feels like you’re on a Star Destroyer.

And the sets are so big! Just massive! They’re unbelievable.

I won’t say anymore, because I don’t want to spoil anything. All I’ll say is do whatever you can to get on this thing. If you have to wait 8 hours, do it. Trust me – you won’t regret it! 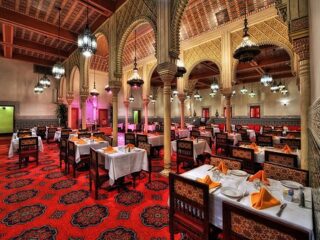 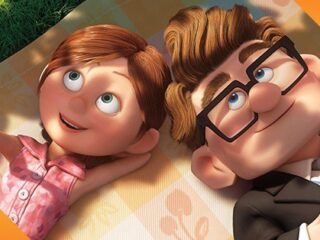