They’re either funny, heart-warming, inspiring, or some even challenge your world view and change the way you think about life (those ones are my favorite kinds).

Below are what I think are the 10 best Pixar quotes, listed in no particular order.

I love this one! Carl discovers that Ellie filled out the rest of her Adventure Book with photos of him and her and that even though she didn’t get to Paradise Falls she still had a fulfilling life with him.

It’s with these words that Carl finally gets some closure with the death of his wife and realizes he needs to move onto a new adventure.

It wouldn’t be a best Pixar quotes lists without this one!

It’s a very positive message which tells you that when life gets you down, you just have to keep moving forward.

I like it how it’s used in the climax of the movie when they’re all caught in the fishnet.

Out of all the Pixar quotes, this might be the most iconic except for perhaps the next one on the list.

It’s not so much the quote itself, it’s the way it’s delivered. The comedic timing of her throwing the piece of paper at Mr. Incredible and the bluntness in her delivery is perfect.

Although to be fair, it’s not just in the delivery – it is very funny how they’re pointing out how dangerous it is for a superhero to wear a cape.

More words of wisdom can be found at Edna Mode Quotes

4. “You Must Not Let Anyone Define Your Limits Because Of Where You Come From. Your Only Limit Is Your Soul” – Gusteau, RATATOUILLE

A quote from the king of inspirational Pixar quotes Chef Gusteau from Ratatouille.

I limited myself to putting only one Gusteau quote on this list, otherwise, this list would be made entirely of his quotes.

It’s hard to pick one, but I think this one is my favorite Gusteau quote. It perfectly ties together with the themes of Ratatouille and is a perfect message to any aspiring artists.

5. “Greater good? I am your wife! I’m the greatest good you are ever gonna get!” – Honey, THE INCREDIBLES

How could I not include this one? It’s quite possibly the funniest line in any of the Pixar movies.

6. “You Control Your Destiny – You Don’t Need Magic To Do It” – Merida, BRAVE

I really, really love this one because I firmly believe that you can control your own destiny. This quote encourages you to take control of your life and make it what you want it to be.

My only problem with this quote is it doesn’t really tie into the themes of the movie. I always interpreted Brave as being a mother-daughter story, not so much about fate.

It’s about a mother and daughter growing closer, not about Merida dealing with destiny or fate or something along those lines.

At least for me, the themes of fate and family never tied together very well. Still, it’s a good quote.

7. “You Don’t Have To Forgive Him, But We Shouldn’t Forget Him” – Miguel, COCO

This one out of ten thousand heart-warming quotes from Coco.

This one always gives me the chills.

That exchange always makes me laugh.

Not much to say about this one – I just think it’s utterly hilarious!

9. “But the bitter truth we critics must face, is that in the grand scheme of things, the average piece of junk is probably more meaningful than our criticism designating it so” – Anton Ego, RATATOUILLE

This is another Pixar quote that really challenges you.

This quote has made me second-guess myself in all the times I’ve scrutinized a piece of art.

For me, it change the way I looked at art.

Not to say that criticism can’t be healthy. I find criticism from others helps me become a better writer because when people point out any weak points in my writing abilities I can then try to work on those weak areas so I can write better content.

I love this quote because it begs the question of what’s the difference between living and merely.

It’s a short line from the movie which has a very powerful message.

Which is your favorite Pixar Quote?

Walt Disney Quotes to Inspire You 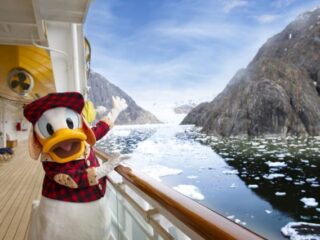