The Disney live-action remakes have recieved a lot of criticism, some even going as far to say they’re some of the worst movies Disney has ever produced.

I wouldn’t say they’re the worst, but I do think a lot of the criticisms are valid.

Most of the remakes are just copies of the original, and seeing the same story told again with only a few changes added here and there feels a bit of a waste of time.

Still, there a few that are enjoyable and are worth at least one viewing.

Let’s have a look at some of the best Disney live-action remakes.

Keep in mind I’m only including remakes of Disney animated movies, so no sequels like Maleficent: Mistress of Evil or remakes of live-action movies like The Parent Trap.

What are the best Disney live action remakes?

Overall, I don’t like the movie, though I appreciate that did at least try to make something different. It has some of the same characters and plot points as the original Sleeping Beauty, but for the most part, it strays very far from the original story.

The idea for the movie is a good one too – going into the backstory of one of the most evil characters in cinema history. The backstory doesn’t make much sense and I didn’t like where the story went, but nonetheless, I liked the idea.

It was also a clever idea to make King Stefan the villain. Though again, while it was a good idea, they didn’t do anything interesting with it. Stefan is a poorly written character, and his turn to villany did not develop naturally as it should.

While the results were underwhelming, at least the filmmakers tried to make something new and original. Maleficent definitely earns it’s place with the best Disney live action remakes.

This falls under the same category as Beauty and the Beast, in that it’s pretty much the same as the original with a few changes scattered around.

None of the changes actually improved the story in any way and the Aladdin live action movie fails to capture the same magic as the original, but at least it’s not as bland as the other movies.

Unlike the other remakes, I didn’t get bored. The movie’s colorful, the dance numbers are spectacular, and overall, it’s a fun movie.

Still, I can’t think of anything they improved upon the original. Pretty much everything – every scene, character, song, etc. – is worse in some way.

Which to be fair, it’s hard to improve on a movie as good as the original Aladdin. It’s a perfect movie, and unless they were going to put a new spin on it, I don’t see they need to remake it. More on this later in the article.

Unlike a lot of the remakes, I hadn’t seen the original. I had no idea what Pete’s Dragon was about – though I assumed it had something to do with someone called Pete who owns a dragon.

This is one of the few remakes that actually has some genuinely good components to it. I liked it when Pete is discovering the human world for the first time, the relationship between the park ranger and Pete, as well as some of the flying sequences.

I still wouldn’t say I liked it, but again, there were some parts that I enjoyed.

The main problem is it’s very cliché. You can predict exactly what’s going to happen next from beginning to end. It’s the traditional “who are the real monsters?” story, where evil men try to capture a harmless beast.

I think kids would like it, but there isn’t much in it for the adults.

Lady and the Tramp Image Credit

Again, it’s pretty much the same story as the original. With most other remakes, they take scenes from the original, tweak them slightly, and somehow make them worse.

This time though, I didn’t mind any of the changes they made. Sometimes they even make the movie better, like the siamese cats, given that their replacement in this movie aren’t – well… extremely offensive stereotypes.

My main problem with some of the remakes, especially Mulan and Beauty and the Beast is they leave out some crucial element from the original that made it so great.

In the remake, Mulan’s father is horrible to her, meaning we don’t buy into their relationship, which was the emotional core of the original. In Beauty and the Beast (2017), Belle and the Beast have no chemistry, and if their romance doesn’t work, the movie doesn’t work.

Lady And The Tramp (2020) works as well as the original. The romance is just as cute, the characters are just as likable, and the story is just as good. It’s not better, but it does feel at least a little different.

Pretty much the only Disney remake that I genuinely like. There are a few that are okay, but this is the only one I enjoy all the way through.

What makes it work is that the changes they make are actual improvements to the story. Prince Charming is a fully realized character. The romance isn’t based on looks. The Prince and his father have a touching relationship. And best of all, it has Rob Brydon, who makes anything a hundred times better.

They changed a lot. Some of the changes don’t necessarily make the story better, but at least they make it different. For example, Lady Tremaine is a funny villain instead of cold, calculating and scary like in the original. They’re different renditions of the character and are as good as each other.

I wish the Disney remakes were more like this. It’s the same story, but with some genuine improvements and a couple of twists here and there.

Or, go the Maleficent route and twist the story completely. Maleficent has many, many flaws, but at least it tries to tell a new story.

Instead of retelling the story, they should make drastic alterations, otherwise, we’re just seeing the same movie again. Lots of the remakes try to add improvements and twists to the story, but at the core, they are the same as the originals.

Maybe it would be interesting to tell Beauty and the Beast from Gaston’s point-of-view. Maybe Mowgli could have met different characters in The Jungle Book remake. Maybe Aladdin could have taken place somewhere else instead Akrobah.I want to see at something that’s at least a little different.

There isn’t much in making a remake unless you’re going to put a twist on it or improve on it some way.

Disney Movies on Disney Plus

If you haven’t already got Disney Plus then you really should.

For the whole family check out 20 Best Movies to Watch on Disney Plus. 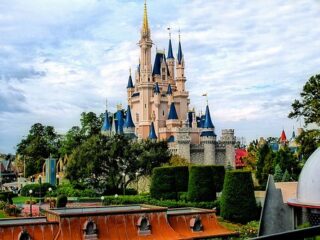 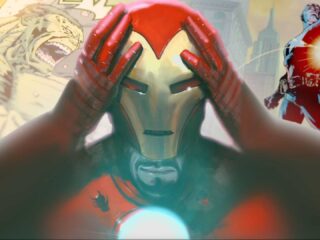 Marvel Quotes Trivia Quiz - What Do You Know?
Read Next Post →