One of my favorite parts of seeing a new Pixar movie at the theater is watching the short that comes before the movie.

These Pixar shorts are either laugh-out-loud comedies, adorable romances, emotional stories with heartfelt messages, or a showcase in what 3D animation can do (in other words, an excuse for Pixar to show off).

When I heard almost every single Pixar short was going to be on Disney Plus, I was ecstatic. I’ve had multiple binge-watching sessions where I would watch all the shorts available on the platform.

Now that I’ve watched all of them, I thought it might be fun to make a list of the top ten best Pixar shorts on Disney Plus.

This includes all the Pixar shorts on Disney Plus, whether they’re from the DVDs, played before the opening of the movies, or a part of the SparkShorts series.

Out of all the Pixar shorts, this is probably the most emotional.

It’s about a volcano that lives on his own in the middle of the Pacific Ocean who yearns for another volcano to love.

The short has a great tropical feel to it, especially with the ukulele song “Lava” playing over it.

The animation is absolutely gorgeous – the ocean is incredibly realistic and some of the shots like of the two turtles under the water look amazing.

It quite possibly has the best visuals out of any Pixar short along with the Blue Umbrella.

What surprised me was how good the design was for the volcano characters. Putting a face on a volcano that pulls lots of different expressions is no easy feat.

It could have looked silly, but the animators did a great job in making sure the character design fits naturally in the environment.

I know the plot doesn’t sound like much, but what makes this short are all of the hilarious jokes. Seeing the toys replicate a Hawaiian vacation using stuff in Bonnie’s bedroom is lots of fun.

My favorite is when they try to replicate a snorkeling experience by putting them in a fish tank and turning on a video of fish on a TV.

Mike Wazowski from Monsters Inc. has just bought a new sports car and is about to take it out for a spin with Sulley.

However, neither of them knows how to operate all of the car’s features, so they press the buttons on the dashboard at random, not knowing what they do.

Everything then gets out of control and whenever they try to turn all the features off things just get worse.

The slapstick in this short is really funny. It’s a little like a Tom & Jerry cartoon.

I love seeing the car spiral into complete chaos with all the lights going on and off, the seats rocking back and forth, the hood flying open, the loud music blasting in their ears – it’s all so funny.

Things get out of hand though when the overflow gets blocked and the water level in the bath gets higher and higher, and Rex has to keep it under control before it overflows.

Like Hawaiian Vacation, the story is fairly simple, but what makes this short so great is the comedy.

Seeing the bath toys have a wild party in the bathtub is hilarious. Rex panicking and trying to keep the water from overflowing is also really funny.

I also really like the bath toys. My favorite is the octopus trapped in the soap bar, who’s waiting for Bonnie to use all of the soap so she can be free.

This short answers the question – what would happen if Day and Night met? It’s actually pretty difficult to describe the short beyond that – you have to see it yourself.

The art style in this is amazing. I love the way they combine 2D animation with 3D animation. Nothing like it has been done before or after the release of this short.

I know I keep saying this, but it’s too hard to describe – it’s just that unique!

I love everything about this short. It’s a celebration of all the great things that can come out of day and night.

Remember Kari from the Incredibles? The teenage girl who Elastigirl calls while she’s on the jet?

This is a short film based on her trying to look after an out-of-control baby Jack-Jack, who as it turns out, has superpowers.

Most likely you’ve seen this already, as it’s one of Pixar’s most popular shorts, but if you haven’t, it’s well worth a watch.

Kari had no idea Jack-Jack has superpowers, so it comes as a complete surprise to her when she sees him suddenly float up in the air.

This short will have you laughing thoughout its entire duration.

I won’t spoil it, but the best joke is the one involving flashcards and fire – you’ll know what I mean when you see it. I’ve seen the short about a thousand times and that one still makes me laugh.

This might also have one of the best adults jokes in a Pixar movie. It comes right at the end, and when I was a kid it used to fly over my head.

On a rainy day in a crowded city where everything from the fire-hyrdrants to the lampposts come to life, a blue umbrella falls in love with a red umbrella.

However, as the blue umbrella tries to get closer to the red umbrella, he gets swept away by the rainstorm, and for the rest of the short, he does everything he can to try and get back to her.

Much like Lava, this is a really sweet love story that has lots of cute moments in it.

What stands out most about this short though is the incredibly realistic 3D animation. I’ll never forget when I first saw this. My mouth fell open – I was astounded at how real it looked. In some shots, I even thought they used footage from real life.

It turns out that the moon is actually lit up by thousands and thousands of bright stars on its surface, and it’s up to a son along with his father and grandfather to organize those stars on the moon.

The problem is the father and grandfather disagree on how they should teach the son how to organize the stars, causing many arguments throughout the trip.

Like Day & Night, it’s really difficult to describe this one, so you’ll have to see it for yourself. Trust me when I say though that it’s an amazing short.

The stars on the moon are a very creative idea and I really like the way they play around with the concept, especially with the final shot of the short.

I also love the dynamic between the son, father, and grandfather. Even though there’s no dialog, you can still tell what they’re all thinking just by looking at the expressions on their faces.

The music is very nice too. They have some beautiful classical guitar in there, and overall the music captures the mood completely.

I’m still shocked Pixar made something like this. It has some very dark and gritty themes for a Pixar story.

The short is about a kitten who accidentally traps itself in a big, scary pitbull’s backyard with no means of escape.

Unfortunately, I can’t talk more specifically about the dark elements, otherwise, I’d be spoiling a major plot point. All I’ll say is that while it never takes those elements too far and that overall it is a very heart-warming story, I probably wouldn’t recommend this to small kids.

Other audiences though will love the story for its suspence, heartfelt moments, and beautiful hand-drawn animation.

Speaking of which, this short is unique compared to the other Pixar shorts because it’s completely hand-drawn animation.

It’s interesting to see Pixar, a studio that has defined itself as THE 3D-animation company, make a movie in 2D animation.

What if the alien behind an alien abduction was completely incompetent?

Along with Jack-Jack Attack, this is one of the most laugh-out-loud Pixar shorts there is.

The concept is ingenious and has lots of comedic potential. Seeing the abductee flying around the house as the alien tries to stable him is absolutely hilarious.

There isn’t much else to say – it’s just a hilarious comedy. I know some might say some of the other ones are better, but I love to laugh, so I put this one at the top.

If you haven’t yet signed up for Disney Plus you really should! You can get the details at Disney + pricing starts at just $69.99 a year or $6.99 per month. 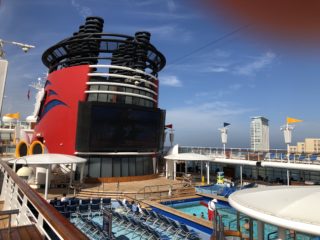 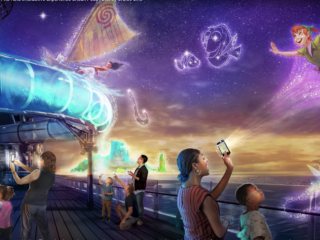