Walt Disney World Swan and Dolphin Hotels: Which is Best?

The Walt Disney World Swan and Dolphin hotels are a little bit confusing to Disney guests. They bear the Disney name (sort of) but they don’t appear to be Disney at all.

On one hand, you get Disney perks like transportation and even character meals, while on the other hand, they don’t supply or even use Magic Bands.

So, what’s the deal with the Disney World Swan and Dolphin hotels?

Should you stay there, or stay away from there?

Perhaps the most surprising question is,  “Which hotel do I choose?” Because the Swan and Dolphin are actually two distinct and separate hotels.

That means you don’t stay at the Swan and Dolphin

. You stay at either the Swan or the Dolphin!

So which one is better? Let’s find out!

Disney But Not Disney

How the Walt Disney World Swan and Dolphin came to find themselves situated right in the middle of Disney property without being owned by Disney is the result of a partnership back in the early days of Walt Disney World.

Like the Contemporary and Polynesian Village resorts by Magic Kingdom, Disney contracted another company to build these hotels.

The only difference is, that instead of selling the hotels to Disney the way US Steel had, the companies involved retained ownership and continue to lease the land.

The hotels are operated by Marriott International which merged with Starwood Hotels in 2019.

The Walt Disney World Swan and Dolphin hotels, so named because of their location, do not bear any Disney branding and notably lack the traditional Disney theming.

They are as they appear to be: elegant luxury hotels.

However, the convenient location and close relationship with Disney give them special status among other non-Disney hotels (called Good Neighbor Hotels) that are elsewhere on the property.

Both the Swan and the Dolphin are considered Disney Deluxe resorts.

However, despite the high-quality accommodations and service, these hotels can be considerably less expensive than the Disney-branded hotels in the same category.

Oddly enough, the Walt Disney World Swan and Dolphin hotels are not unique in the same-but-different approach to their resorts.

You only need to walk a minute or two to find Disney’s Yacht and Beach Club resorts.

These two separate hotels are joined together and they share amenities. such as the pool and the arcade, etc. but they are very different from each other.

Disney’s Yacht Club feels more adult, and a little too stuffy for children, whereas Disney’s Beach Club seems built for families. In fact, only Beach Club has the DVC villas.

Likewise, the Swan and Dolphin are distinct in character.

The Dolphin is louder and more vibrant, while the Swan feels more intimate and a touch more luxurious although both hotels are equally elegant.

The difference between these brands, which are both owned by Marriott is key to making the distinction between the two hotels’ subtle differences in style.

They bring alternate shades of elegance, although the architecture makes the two parts feel more like a cohesive whole.

The variance in personality aside, you may also want to consider the locations of the two hotels.

Because of its size and relative positioning, the Swan holds a slight advantage over the Dolphin.

The Swan is also technically closer to the sandy beach, the two pools, and the cabana the hotels share.

But these advantages are negligible in light of bigger variances such as the restaurants at the hotels and the actual rooms where you’ll stay.

Dining at the Walt Disney World Swan and Dolphin Hotels

Dining at the Swan and Dolphin hotels is exceptional.

But the restaurants are not collected in a common area.

While any restaurant is open to any guest, even outsiders, you will want to be close to the restaurants you like most.

Each Hotel has a nice list of signature, casual and quick-service restaurants.

However, it isn’t the easiest thing to find out which restaurants are in which hotel! Here’s a little cheat sheet to help you out:

The Swan Reserve has the following  eateries:

The most noteworthy of these dining options are the signature restaurants. Each of these is an excellent restaurant in its own right.

They are also quite distinct.

For great Italian food, you must try Il Mulino at the Swan.

However, Bluezoo is the place for seafood and coastal, especially if you are a fan of celebrity chef Todd English.

In casual dining, Garden Grove at the Swan is the place for character meals, but The Fountain at the Dolphin puts a fascinatingly swanky spin on the nostalgia of an old-fashioned soda fountain.

The Rooms at the Walt Disney World Swan and Dolphin Hotels

While most things in the Walt Disney World Swan and Dolphin hotels are fairly comparable within a few degrees of loud vs. soft refinement and luxury, there is a starker contrast in the comfort of the rooms.

Sheraton’s Dolphin hotel includes double beds in their standard rooms, whereas the Swan sports queen beds with the heavenly bed mattresses that Westin is famous for.

The Swan also has the Heavenly shower system. Both set this hotel apart in terms of comfort.

However, for a variety of rooms, the Dolphin offers more choices.

Both hotels have suites, but the Dolphin has the Grand Two-Level Suite.

They also are able to fit 2 adults/3 children in a standard room as opposed to 2/2 at the Swan.

Have you stayed at either the Walt Disney World Swan or Dolphin? 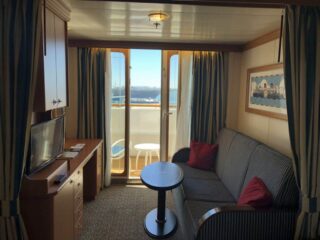 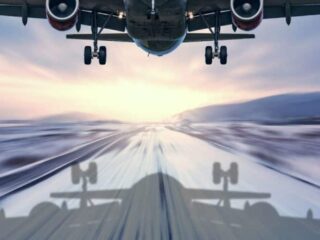