When Is The Best Time To Go To Disney World?

When Is The Best Time To Go To Disney World? It is crucial when you visit Walt Disney World to pick the best possible time to visit – and you need to think about crowds, weather and of course your own personal needs.

So how do you decide when the best time to go to Disney World with your family actually is?

The timing of your visit is an art not a science. So of course we all want to visit Walt Disney World on the least busy day of the year, when all the attractions are open and the weather is great. But unfortunately life tends to get in the way and we can’t all do that!

There are ways that it is possible to predict which Walt Disney World Parks will be the busiest on each particular day. And of course certain times of the year are much busier than other times. Christmas Day anyone?

So let’s work through how you decide which is the Best Time To Go To Disney World.

What Is The Best Time of Year to Visit Disney World?

This is not rocket science. Common sense alone tells you that the most crowded times of the year are Christmas, New Year and the two weeks around Easter break.

Think Disney World and of course it is very very popular with families with young children. This means school vacations are busy times. You do have to factor in that not all schools are out at the same time.

And for British visitors it is a big advantage that they go back to school in early September whilst their US cousins tend to have to return mid August.

So if you are a Brit who can only visit in August school vacations then go to the parks the last 2 weeks when the US kids are back at school.

The busiest times are of course school vacations. School is out in the US for summer vacation from mid June to mid August.

The later weeks in August tend to be much less crowded although there are many British visitors as their school break extends into late August/early September. So if you are arriving from the UK those last 2 weeks in August are a much better choice than the first 2 weeks.

But what if you are stuck with school vacation times and busy times to visit Walt Disney World? It’s not all bad news. At busy times the Disney parks will have extended opening hours and also extra parades and fireworks. Usually most of the rides and attractions are open at busy times too. Disney tends to schedule ride rehabs for quieter times.

Don’t despair if you have to visit at busy times – it still is of course the Most Magical Place on Earth.

Planning is key. The more you know about the parks before you visit the more easily you will be able to plan your day and target the rides and attractions you want to see. Knowledge is power!

You can save a lot of time and see a lot more things at Disney World if you have an overall idea of the layout of the parks, which rides you want to experience, and always use Fast Passes when you can.

Let’s go through the most and least crowded times at the Disney World parks.

It’s obvious. Parks are going to be busy during other major school and college breaks.

Spring Break is often around the same time at Easter break so the parks will be busy from mid March until mid April. British guests tend to visit around Easter as their school holiday is for 2 weeks – so this is a busy time.

Thanksgiving Week is usually very very busy. If you think that families are going to be at home enjoying the turkey think again. Seems like everyone is at the Disney parks!

The good news is that there really are quieter times to visit Walt Disney World. The downside is shorter park opening hours.

The first 2 weeks of February are good up until mid February.

The final 2 weeks of April right up until mid June tend to be quieter. If Easter is late then try and delay your visit in April until after the school vacation is over.

October until the week before Thanksgiving is usually a good time to visit. Crowds are usually pretty moderate at this time.

When Is The Best Time To Visit Disney World?

If you can pick the time that you go – here is you answer as to the very best time to visit Walt Disney World:

If you have complete choice go in January after the first week is over and the kids have gone back to school.

The first 2 weeks of December are probably the very best time of year to go to Disney World. Crowds are low and you also get to see all of the Christmas and Holiday decorations.

But there is one problem. The weather can be pretty bad. I have been freezing in Walt Disney World in December and January. But at least you don’t have to stand long in the line.

You want to see the parks as empty as possible. This really is the best time to visit Walt Disney World and beat the crowds. But park hours will be shorter and these are the times that Disney will pick to rehab their rides and attractions. So don’t be surprised if Space Mountain/Splash Mountain/Your Favorite ride is experiencing a rehab.

If you want to beat the crowds this really is the best time to visit,although you will experience shorter park opening hours, and not as many scheduled fireworks and parades.

Which Are The Best Days Of the Week To Visit Each Disney World Park?

This is part 2 of your decision. Once you know when you are going you need to plan which day you are visiting each of the 4 Disney Parks. There are very real differences and trends in how busy each of the Disney parks are on each day.

Here are the best days at each Disney park:

On certain days of the week Disney resort guests can enter the park earlier or leave the park later than non Disney guests. Yes this is the big privilege of staying at a Disney World Resort Hotel.

Extra Magic Hours have a big impact on Disney park attendance. If there is an Extra Magic Hour in the park in the morning then you should avoid that park that day if you can.

What Impact Do Scheduled Events Have On Disney World Park Attendance?

This is another big factor. Just a couple of examples – the Disney World Marathon will have a big impact on Magic Kingdom in particular, Star Wars Weekends are going to pack Disney Hollywood Studios with guests obsessed with all things Star Wars.

Whenever you visit Walt Disney World preparation is key. Read, watch videos, ask questions here and you will get the most out of your vacation.

Whenever you plan to visit Walt Disney World enjoy your visit! 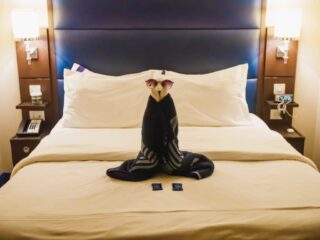 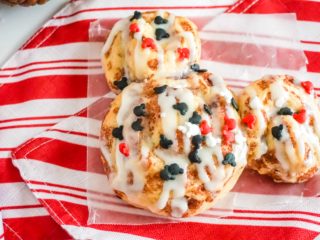