Where Can I Find Snow White in Disney World?

Where can I find Snow White in Disney World? Snow White is one of the most beloved of all the Disney Princesses. If you want to make a young Princesses dream come true on her vacation you need to know the top spots where Snow White may appear.

As with all character greetings nothing is guaranteed as the schedules of the Princesses may change. But here is a guide as to where you are most likely to find Snow White in Walt Disney World.

Where To See Show White in Disney Magic Kingdom

There is a pretty good chance that you will be able to meet Snow White in Princess Fairytale Hall in Disney’s Magic Kingdom. This is located in the new Fantasyland area of Magic Kingdom.

However, Snow White is very popular so there is a good chance that she will be there at some time during the day. Always ask a Cast Member if Snow White is there.

As you can imagine, Princess Fairytale Hall is a very popular attraction. A Fastpass + is available. This can cut down your wait time considerably.

If you do not have a Fast Pass the best time to go to Princess Fairytale Hall is either early in the morning or from late evening until park closing.

All of the Disney Princesses take time to talk to each guest and will sign autographs. You can take photos with your own camera or phone and there is always a PhotoPass photographer there to take pictures.

Photo By
Snow White appears on a float with two of her Seven Dwarfs in the Disney Festival of Fantasy Parade at the Magic Kingdom.

This is a great parade to see the Disney Princesses. The Parade is usually held at 3 pm in the Magic Kingdom on most days but you must check your daily schedule to see if it will be performed on the day that you visit.

It was a very controversial move to close down Snow White’s Scary Adventures as it was an original dark ride. However, it was certainly scary!

Snow White now has her own attraction with the Seven Dwarfs Mine Train. However, she does not appear there personally.

Want to know what is inside Cinderella’s Castle? The one place that Disney guests can pay to get inside the Castle is Cinderella’s Royal Table restaurant.

However, this can be a difficult quest. Getting a reservation for Cinderella’s Royal Table is one of the most difficult Advanced Dining Reservations to snag.

You have to book as soon as places become available 180 days ahead, or up to 190 days ahead if you are a Walt Disney World Resort guest.

Snow White sometimes makes an appearance at Cinderella’s Royal Table. But you know what I am going to say? Of course, appearances are not guaranteed so do not be too disappointed if Snow White is not there. It is highly likely that she will be, but just don’t have your little one set her heart on it!

This relatively new Disney character dining experience is one of the best ways to meet and greet Snow White. The Storybook Dining at Artist Point in Disney’s Wilderness Lodge is well worth the cost if you are Snow White fans.

The meal is partially served family-style, What this means is that you are served shared appetizers and desserts. However, you choose your own entree.

As with all character dining you are paying a premium for the experience of meeting the characters, The Storybook Dining at Artissts Point is priced at $55 for adults and $35 for children ages 3-9.

The food is actually very good and particularly well presented. Watch out for that poison apple!

You will have an opportunity to meet Show White, Grumpy and Dopey. They spend time at each table. It is one of the only chances you will get to meet any of Snow Whites dwarf friends.

Perhaps the highlight is that you can meet the Evil Queen. She doesn’t visit your table, but she is available at the end of your meal. The Disney villains are so scarce in the parks and this is a great opportunity to meet the Evil Queen as well as Snow White.

Unfortunately, there are not any Disney Princess meet and greets in Disney’s Hollywood Studios.

You will only see Snow White performing in Fantasmic! the spectacular nighttime show which is shown on select nights in Disney Hollywood Studios.

Epcot is a good location for meeting Snow White. She appears daily in the Germany Pavilion in Epcot World Showcase.

This is usually one of the best locations in Disney World to see Snow White. Check your schedule as soon as you arrive in the park to see what times she is due to appear.

Of course, Snow White is very popular and the lines can be long. The trick to minimizing your time in line is to get ahead of the game. If you see on the schedule that she arrives at 12.30 make sure to arrive ahead of time. You can then be one of the first in line.

You have a good chance of being able to meet Snow White at the Disney Princess Storybook Dining restaurant. which is located in Epcot’s World Showcase.

This very popular character dining venue serves breakfast, lunch, and dinner each day in the Akershus Restaurant in the Norway World Showcase Pavilion.

As always you can never guarantee which Disney Princess will appear. However,  have a reasonable chance that Snow White will appear as she is one of the most frequent of the guests at this very popular restaurant.

Make sure you get your Advance Dining Reservations early.

There are plenty of opportunities to meet Snow White in Disney World. Is Snow White your favorite Disney Princess? Leave a comment below!

Where Can I Find Cinderella in Disney World? 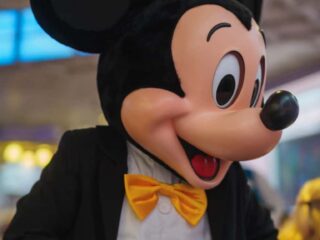 Disney Transatlantic Cruise - Is it For You?
← Read Last Post 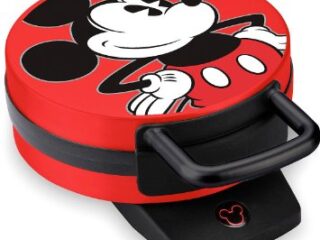 Where to Find Sleeping Beauty in Disney World