Disney World Hidden Gems You Must Discover For Dining

All over Walt Disney World, there are celebrated restaurants that you will constantly hear are “must-do”. Whilst often these are great recommendations, it isn’t always possible to get a reservation at these restaurants. Or maybe they just aren’t your taste.

One of my favorite things about Walt Disney World dining is discovering hidden gems. Those restaurants that aren’t as well known. The ones that have slipped under the radar.

When it comes to dining, you’ll find all kinds of Disney World hidden gems.

Let’s explore some less well-known Disney World restaurants which are well worth a try.

There really aren’t many great table service options in Magic Kingdom and the Plaza Restaurant definitely qualifies as one of our Disney World hidden gems.

The Plaza Restaurant in the Magic Kingdom really is “hiding in plain sight” right there on Main Street. It really isn’t as busy as you would assume, given its location.

One of the great features about the Plaza Restaurant is that The Citizens of Main Street are usually there to entertain you (this isn’t so in the days of social distancing, unfortunately).

These characters are brilliant in their roles and usually deliver some of the most memorable interactions. We look forward to seeing them next time we visit the Plaza Restaurant.

This video gives a great overview of the Plaza Restaurant in Magic Kingdom.

The Plaza Club is a favorite, along with the loaded fries. The plant-based alternative is the delicious Bangers and Mash which is well worth trying.

Desserts are definitely worth ordering here. The Signature Chocolate cake is not for the faint of heart.

This four-layer creation is for serious chocolate lovers.

The Original Banana Split is another great option – you can even pretend that the healthy fruit cancels out the mountains of cream and ice cream.

The Magic Kingdom Plaza Restaurant is also a great place to order a milkshake. They are hand-whipped and topped off with cream and that all-important cherry.

Related: Best Disney World Places to Eat on a Budget

You probably have never heard of this Epcot restaurant in the France Pavilion, but it is one of the most elite fine dining restaurants in all of Walt Disney World. It replaced Bistro de Paris as the Epcot France ultimate fine dining experience.

While most guests see and recognize Chefs de France as the premiere France Pavilion table service restaurant, Monsieur Paul hides, out of view of the passing crowds.

You are most likely to notice it, only on your way out of the pavilion after buying ice cream, or exiting Impressions De France.

Monsieur Paul is literally tucked away at the side of the France Pavilion in Epcot World Showcase. To find it you walk all the way to the back of Le Chefs de France and turn slightly to the left. If you didn’t know it was there, you might miss the stylish double doors.

Whilst the atmosphere is relaxed at this Disney World Signature Restaurant, you will experience some of the finest dining that any Disney Park or Resort has to offer.

Aside from the food, Monsieur Paul has one of the best views of any Epcot Restaurant. Time it right and you will have an amazing view of the World Showcase Lagoon fireworks.

The standard of service here can best be described as “very French”. As with all World Showcase Pavilions, the Cast Members are all from the applicable country.

The service is excellent, but it is unlikely to be very Disney!

The food here is exceptional. Dining here is about as close as you will get to a Paris restaurant-quality experience in Orlando.

There is an a la carte as well as a prix fixe menu.

One thing that is sort of strange about the menu is that vegetarian options are not listed on the actual menu – you have to ask your server for options. Perhaps this is for authenticity – it can be very difficult to find vegetarian options on a Paris menu too!

Entrees are in the $40 plus range and include Black Sea Bass and New York Strip Steak.

The 3 course Prix Fixe is $89 and includes 3 courses. If this is a special occasion try the Prix Fixe Menu Dégustation which is $119.

Although this is a popular restaurant, it deserves to be mentioned because many people still don’t notice it. This restaurant also has a gem of an upstairs dining area, so often overlooked by diners.

My own experience of Colombia Harbor House was that I overlooked it for many many years.

I first went there only about a decade ago when my daughter became vegan and it was one of the first dining places in Magic Kingdom to have a plant-based option.

Colombia Harbor House is a counter service restaurant. What distinguishes it from many others, particularly in Magic Kingdom, is that both the decor and the food are so much better than most.

It is rarely crowded. A savvy guest can walk their meal up the stairs and find a wide-open set of tables to choose from.

The theme is very over-the-top maritime. It is full of pictures, trinkets, and just an overwhelming amount of stuff!

The great thing about it is that it feels like a world within a world. If you want a rest from the high paced atmosphere of Magic Kingdom

It’s the secluded atmosphere here that is particularly enjoyable to families with small children that have a lot of stuff to keep together and need a stress-free time-out.

Most counter-service restaurants offer anything but, so it’s worth the trek upstairs to find an easy table and enjoy some relative quiet.

The food is also really rather good for a counter service location. The emphasis is on seafood, but really there is something for everyone here. The Lobster Roll is definitely worth a try.

The Lighthouse Sandwich is suitable for vegans and is a definite favorite. The Chicken Pot Pie is also very popular.

Definitely give Colombia Harbor House a try when you are next in Disney’s Magic Kingdom.

There is a great deal of low-profile resort restaurants around Walt Disney World. Most of them don’t reach the status of California Grill or Jiko. These lesser-known restaurants are worth a visit though, especially for the sake of convenience.

Among these is the exceptional Kona Cafe, which is a very reasonably priced Walt Disney World hidden gem. Located in Disney’s Polynesian Resort, this is a full-service restaurant that is definitely worth a try.

As the Polynesian is on the monorail it can be a good place to stop either before or after a visit to the Magic Kingdom. The ambiance is comfortable and relaxing.

The location is on the mezzanine level of the Polynesian Resort and Kona Cafe is just off to the side. You feel part of that Polynesian laid-back vibe.

I like to start a Magic Kingdom day with breakfast here. You can just hop off the monorail at the Polynesian Resort and you are right there

Kona Cafe is, quite rightly, best known for its Tonga Toast. Goodness knows what the calories and carb count are, but sometimes you just have to let these things go.

Tonga Toast is Banana-stuffed French Toast rolled in Cinnamon Sugar and served with a Strawberry Compote and your choice of Ham, Spiced Ham, Bacon, or Sausage.

Another great option is the plant-based Loco Moco. Disney has improved so much on its vegan food offerings in recent years and this is one of the good ones. This dish has plant-based eggs and sausage.

The Kona Cafe lunch and dinner menu is Pacific Rim and sushi-based cuisine. You can choose from traditional-based sushi such as a California Roll or something a bit different like a Surf and Turf Roll.

If sushi is not your thing there are burgers, poke bowls, and noodle bowls.

Desserts are a little more traditional with Key Lime Pie, Tiramisu, and Cheesecake.

Despite its low profile Kona Cafe is one of the best priced but high- reviewed restaurants. It is definitely deserving of its place as a Disney World Hidden Gem.

Related: When Can You Get the Best Sushi in Disney World?

Another fantastic value is so secret its whispering. For this restaurant, you have to take a boat or a bus, unless of course, you are staying at Disney World Wilderness Lodge.

It really is worth a look at Disney’s Wilderness Lodge even if you aren’t staying here. I always suggest that if you have time on your vacation, you spend at least a little time looking at the Deluxe Disney World Resorts.

This quintessentially Disney restaurant, caused a lot of commotion when it first came on the scene, but as Disney World dining began to change, it’s less of an attraction than it used to be.

Because of the location, it isn’t as easy to get to as Kona Cafe, so I would definitely prefer the latter for breakfast. However, dinner is a great idea when you have finished your day at the Magic Kingdom.

There are also Plant-Based and Fish Based Skillets available.

Although a bit tamer than in its heyday, the Whispering Canyon is still delighting guests with zany antics and hearty, good, reasonably priced meals.

It’s definitely still a Disney World hidden gem that is worth a visit.

Al Forno itself is a bit of a hidden gem as it is located in the middle of a higher-profile assortment of restaurants on Disney’s Boardwalk. It’s a very good Italian restaurant for anyone staying in the immediate Epcot area. The gem within this gem is the breakfast service.

It’s not always easy finding Disney Character Dining Without a Park Ticket as many of the restaurants are inside the parks.

However, Bon Voyage Breakfast at Trattoria Al Forno Trattoria is a relative newcomer. And an excellent one at that.

Meet Ariel and Rapunzel along with Prince Eric and Flynn Rider in a breakfast that includes a themed menu and lots of interactive fun. These are popular characters and it’s a great opportunity to spend some quality time with them.

It is a departure from the usual Disney Character Dining buffet experience. It’s a Prix Fixe Menu.

Personally, I like this so much better than the all you can possibly eat option. The food is of much better quality and you don’t consume a million calories.

Which of these Disney World Hidden Gems have you tried? Or do you have your own to suggest? Leave us a comment. 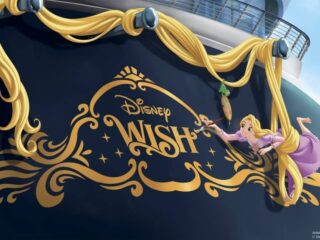 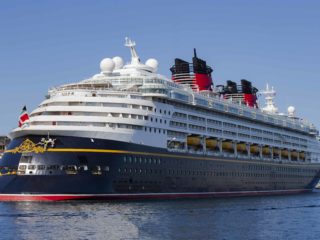 Disney Cruise Line Cancels all May 2021 Cruises
Read Next Post →