Disney Pixar’s Soul was released on Disney Plus on Christmas Day, available to anyone with a subscription – no extra charge like Mulan which released earlier this year (yay!).

It was an excellent opportunity to watch a new Pixar movie on the first day of it’s release. Soul was originally scheduled for release on June 12, 2020. However, we all know what happened there…

Of course, I would rather have gone to the movie theater, but sitting down after Christmas Dinner to watch Soul was also a pretty ideal option.

The Plot of Pixar’s Soul Movie

Soul is about a jazz musician, Joe Gardner who dreams of playing with a band in a jazz club. Just as he gets his big break though, he falls to his death, and finds himself on the conveyor belt to the Great Beyond.

He escapes, but lands the Great Before, where souls reside before they are prepared for a life on earth on Earth.

With the help of 22, a soul that does not want to go to Earth, Joe tries to find his way back to Earth before his big first performance at the jazz club.

Yet another original and imaginative story from Pixar, with lots of funny and emotional moments.

The main plot – that is, Joe trying to find a way back to his body before dies – is very compelling. Dying just before getting a big shot is a nightmare scenario, and we want more than anything than for Joe to get back to his body.

What surprised me though is that the movie didn’t actually spend much time in the Great Before. I won’t spoil what happens, but they go to a place that isn’t quite as creative or fun as the Great Before. These parts are very good, but in some ways feel mundane compared to the bright and colorful Great Before.

You’ll see what I mean when you see it. It’s not like Inside Out, where about 90% of the runtime takes place in Riley’s mind.

This isn’t a complaint, but I’ll say I didn’t enjoy the movie quite as much when it was in this “other place.”

Something I really liked in this movie is they tried to show instead of tell. A lot of the story is told through symbols and characters actions, not just them blatantly telling you what’s going on.

One of the best moments happens at the start, where Joe finds out he’s got a permanent job as jazz teacher at a middle school. He looks at pictures of his jazz idols and immediately you discern that he wants to be one of the greats and that he never wanted to settle as a teacher.

Like most Pixar movies, the characters are all very likeable.

The main character, Joe, serves as a great protagonist for the story. Within seconds of meeting him, you fall in love with his character. Seeing him talk about and play jazz is a joy to watch.

My favorite character though is 22, the soul doing anything she can to stay in the Great Before. I haven’t liked the comic reliefs in a lot of the recent Pixar films, like Ducky and Bucky in Toy Story 4.

22 is very funny though and is up there with some of the best comic relief Pixar characters like Russell or Dory.

The journeys these characters go on are very compelling. 22’s goal is to find her spark, and Joe’s goal is to play in a big band, but neither of them end up quite where you expect.

The lesson that Joe learns is especially profound. It offers a very unique and somewhat unorthodox perspective on passions, and for some, it could change their lives. It’s definitely made me see my passion differently.

I remember all of the character’s personalities and names in Toy Story, Up, and Finding Nemo, but the ones in this movie are a little forgettable.

If there’s one thing that’s consistent in Pixar movies, it’s the quality of animation.

The most notable aspect though is the animation for the musicians. It truly looks like they’re playing their instruments, and you can tell the animators spents months, possibly even years getting the arm and finger movements perfect.

The only issue I have is I didn’t like a lot of the designs for the characters. The souls were very cute, but the humans looked a little too odd to me.

John Batiste wrote the jazz songs for this movie, and they’re all fantastic (which wouldn’t come as a surprise if you’ve ever heard him play). “Bigger Than You,” the one that plays in Joe’s audition scene, is my favorite song in the movie. The piano part is really impressive and has a very otherworldly feel to it.

You can listen to that here in the video below.

The score by Trent Reznor and Atticus Ross is great. Like John Batiste’s tracks, their score has a very otherworldly feel to it that perfectly matches the tone of the movie.

The only issue I have with it is it’s not as memorable as some of the other Pixar scores. When I left the theater after watching The Incredibles or Ratatouille, I found myself humming the themes from their scores.

Still, the score is very good, and it matches perfectly with the movie.

Is Pixar’s Soul as Good as It Should Be?

This movie has great animation, characters, voice-acting, music, and an original story – however, for me, it’s far from being one of the Pixar greats.

My main gripe with the movie is that while it has an original concept for a story, they tell it in a very cliché way. It stuck closely to the traditional formula, and didn’t put any new spins or ideas on the formula.

Some minor spoilers ahead.

Many, many Pixar movies follow the formula of taking a character who really wants something but realizes they need something else.

Each have a moment, sometimes very emotional, where they realize they need to change their ways. Lightning McQueen lets Cruz Ramirez race instead. Carl flips through Ellie’s scrapbook and see’s that even though they didn’t reach Paradise Falls, Ellie had a very happy life. Joy see’s that Sadness actually made Riley feel better after she lost her soccer game.

In Soul, they have that same moment where a character learns they’ve been wrong all along. While there’s a great lesson that ties in with it, it’s a moment that feels eerily similar to the ones above.

When the movie started and they introduced Joe, I knew he was going to have that “revelation moment,” and it made the movie less exciting because I knew what was going happen.

I wish Pixar would make something slightly different. The formula has worked many times before, but I wish they do something new with it, or do something entirely new.

If this was the first Pixar movie I saw, then I would’ve loved it. However, seen as I’ve seen many, many Pixar movies just like it, I didn’t enjoy it as much as I would have liked.

Movies to Enjoy on Disney Plus

Disney Plus is an essential streaming service for Disney fans. It has a huge range of things to watch – not just the obvious Disney movies.

You can get the details at Disney + 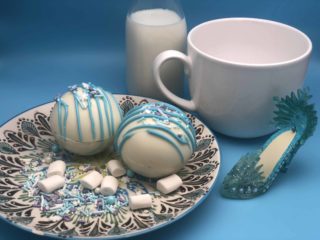 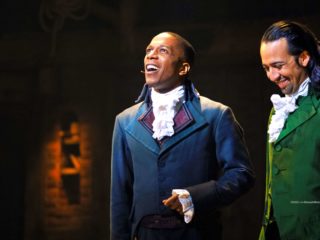 Do You Know Who Sang These Hamilton Lyrics?
Read Next Post →