Do Disney Cruises Have Casinos?

Do Disney Cruises Have Casinos?

Disney is known as one of the most family-friendly of all the cruise lines and there is a lot to do for all members of the family.

However, a question I often get asked is whether or not Disney Cruise ships have a casino.

A casino is usually a huge source of revenue for a cruise line so it is great to see that Disney decided to stand out as different in the cruise industry.

Most cruise lines including Princess, Royal Caribbean, Carnival, and Norwegian Cruise Lines devote a large amount of space in their ships to a casino. This is another way that Disney Cruise Lines are in a category of its own when it comes to family cruising.

However, this is not to say that there is no gambling at all on a Disney Cruise. One of the most popular activities on board all of the ships is Bingo.

These Bingo sessions on Disney Cruise Ships are a whole lot of fun. Bingo games are played most days on all the Disney ships.

To find out when the next session is you just have to check your Navigator App or the paper edition that you can get from Guest Services.

Usually, the Bingo games are held in one of the adult lounges, but as they are held in the day, all ages are welcome to attend.

Children under the age of 18 are allowed to attend, but they cannot actually win the prize. They can check the numbers and mark them off, but they must have an adult over 18 with them to supervise at all times.

Disney does all entertainment very well, so as you would expect, they make Bingo a lot of fun.

The first time I went to one of the games I was a bit overwhelmed by the fast pace and experience of some of my fellow cruisers  They had clearly done this many times before!

Disney makes it easy for even first-timers to take part though.

Bingo prizes can be as much as $10,000. There are lots of other prizes given out of Disney Cruise Line bags, hats, and exclusive items.

The cost to play Bingo does vary depending on which day you play. It usually starts at $30 for a set of bingo cards.

However, if you want the more high tech approach you can also rent a machine to keep check of numbers. This means you don’t have to be so vigilant about checking numbers by yourself.

Of course, these are more expensive and start at $40.

Will Disney include a casino on their new ship, the Disney Wish, which is due to launch in early 2022?

Although we know very little about the 3 new Disney cruise ships which are due to be launched over the next 5 years I really do not think that they will be including a casino on the new ships either.

Do you think that Disney Cruise ships should have a casino? 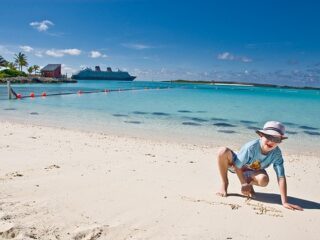 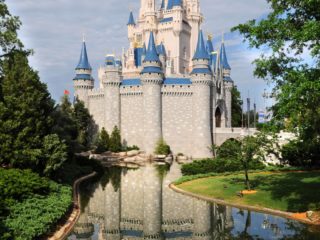 Win a Stay in the Cinderella Castle Suite
Read Next Post →

Yes, Disney’s ships should have a casino for the adults that don’t go to dance lounge. What other night time activities is there for adults to do.

There are lots of activities in the evening for adults including Broadway-quality shows, movies, numerous bars, fine dining, and adult entertainment.