Who doesn’t love Disney villain songs? Of course, the ones sung by heroes like “Let It Go” or “One Jump Ahead” are great too, but they’re almost never as big, bombastic, and over-the-top as the villain songs.

Here we’ll look at the top-10 best Disney villain songs, which was a very hard list to come up with, given how many great villain songs there are.

This ranking is based on how catchy the songs are, how well they fit the character, and how over-the-top they are.

Are these Disney movie Villain songs your favorites?

All videos are Copyright of Disney Movies

The snake Kaa has an appetite for Mowgli and puts him in a trance with his hypnotizing eyes. He sings “Trust In Me,” a creepy, hypnotic song guaranteed to give you the shivers.

“Trust In Me” is one of the only Disney villain songs that genuinely creeps me out. The melody is both beautiful and unsettling. It’s uncomfortable, but in a good way, as it suits the character

While I like the version of the song in the original movie, I much prefer the one in the 2016 remake, which is sung by Scarlett Johansson. She’s perfectly suited for the part because her voice is beautiful and trance-inducing.

I put this lower in the list because it’s a little slow and it’s not as cinematic as the others. Nonetheless, a great song for a creepy character.

9. Be Prepared – The Lion King

A classic Disney villain song, with clever lyrics (discounting the part about a warthog’s backside), a catchy melody, and booming vocals.

The visuals that supplement the scene in the movie are amazing too. One of the best moments is when Scar walks through the green smoke erupting out of the ground as the choir lets out punching, thunder-like chants.

The song and the visuals get better and better as the scene goes on, ending with pillars rising up to the sky, fire bursting out of the ground, and a final “be prepareeeeeed” from all the vocalists. It’s epic.

Jeremy Irons, who plays Scar, does a spectacular performance, providing the character grace, charisma, and a larger than life voice.

The only gripe I have with this song is the instrumentals. The vocalists do a great job, but I don’t like the instruments they use for the song.

It’s still spectacular though, and one of the best Disney songs of all time.

The Queen of emotional manipulation, Mother Gothel, explains to Rapunzel why she “needs” to stay in her tower to keep safe from the “dangerous” outside world. In actuality, she’s only wants her to stay because she wants to keep her magic hair for herself.

This song does a great job of explaining why Rapunzel stays in her tower. It’s a little disturbing, but it never gets too dark as the song has a very light-hearted and comedic tone to it.

There are some subtle character moments too. When Mother Gothel sings to Rapunzel “you know why we stay up in this tower… that’s right, to keep you safe and sound,” she doesn’t look at Rapunzel, but instead runs her face through her hair (which is just plain weird), basically saying “I’m not keeping you safe Rapunzel – I just want your hair.”

It’s not as grandiose as some of the other villain songs, but it has great lyrics and a lots of good laughs.

Mowgli is brought before King Louie, who sings about how he longs to be a man, wanting Mowgli to teach him to make “man’s great fire.”

Out of all the songs on this list, this is the most catchy. It’s possibly the most well-known as well.

It’s not as cinematic as the others, but it’s a really good song to sing along to. It has a jazzy beat and is likely to get your feet tapping.

6. Friends On The Other Side – The Princess And The Frog

Now we’re getting to the really good stuff! This song from Princess and the Frog is one of the best Disney villain songs.

Dr. Facilier lures Prince Naveen and Lawrence into his voodoo lair for a tarot reading, which as it turns out, is all a trap, leading to Prince Naveen being turned into a frog.

This sequence is full of crazy, imaginative voodoo imagery. It’s really fun to watch. Dr. Facilier portrays a cool, charming, and commanding persona, and the swift, elegant animation they did on him is fantastic.

The song itself is very jazzy and catchy. It’s only around four minutes, but once the song is over, the excitement it built up lingers with you for a while.

I also like how it starts. Usually, you can always tell when a song in a Disney movie is about to start. There’s build-up, the main melody starts, or you just get a general sense that there’s a song coming on. With “Friends On The Other Side,” Dr. Facilier suddenly screams out “don’t you disrespect me little man!” and the instruments burst in, making you jump.

It’s like how the Star Wars theme blasts in your ears at the beginning of the title crawl. It instantly grabs your attention.

Ursula offers Ariel her one and only chance to be with Prince Eric. The catch? Give up her voice and potentially sell her soul to a sea witch. Given that she’s only spent four seconds with the bloke, I’d say it’s probably not worth the risk.

What’s impressive about this song is it gets across lots of exposition and story while still being an entertaining musical number.

Compare this to a song like “Kiss The Girl.” In terms of what that song needs to contribute to the story, all it needs to do is create a romantic mood.

This one needs to establish Ursula’s backstory, her character, and the rules of her contract with Ariel. This would be easy to get across with some dialogue, but instead, they had to compress all that information into a song.

This song is only around four minutes, but it quickly establishes Ursula as one of the great Disney villains.

Jafar finally unveils the truth to the Sultan and Jasmine that Aladdin isn’t a prince. He then becomes sultan as well as the most powerful sorcerer in the world and banishes Aladdin to the ends of the Earth. Jafar might be a psychopath, but at least he’s very productive.

This runs along the same lines as “Be Prepared,” in that it’s over-the-top and bombastic. It’s so fun to listen to. You can tell Jafar is having the time of his life. They say “do what you love,” but if what you love is being a psychotic ultimate sorcerer, you might want to reconsider your priorities.

The only thing is I wish this song was longer! It’s so great.

3. Hellfire – The Hunchback Of Notre Dame

Judge Frollo sings about his inner conflict, wrestling with his forbidden desire to be with Esmerelda.

There is no Disney villain song like this where the villain struggles with an inner conflict. He knows being attracted to a gypsy is “sinful,” but nonetheless he can’t fight his feelings for her.

Those emotions are projected in the visuals. The most haunting of which is when tall, red hooded figures look down on him, condeming him.

The choir and orchestra in the song are out of this world. At first, they’re fairly quiet, but they build and build, growing more and more epic.

The only thing about this song is I don’t think it’s appropriate for a Disney movie. There are some very adult implications in the song. Kids will miss it, but adults will most definitely catch on.

I don’t mind subtle adult content in Disney movie, but here it’s too explicit, and it honestly makes me a bit uncomfortable.

Nonetheless, it is a great song.

One of the earliest Disney villain songs is still one of the best.

I love the jazzy, frightening feel of this song. When I listen to it, I keep switching between loving the catchy, groovy melody, and getting chills up my spine.

1. Gaston – Beauty And The Beast

After being turned down by Belle, Gaston needs a confidence boost, and on goes a barrage of praise from everyone in the tavern.

It’s not the most epic or complex, but the lyrics are some of the best in any Disney song. It’s a song about a man who is absurdly masculine and macho, and it’s absolutely hilarious. It’s funny seeing all these people give praise after praise to Gaston even though he is an awful person.

The singing is great, the lyrics are clever, it’s catchy, it’s funny – what more could you want from a Disney villain song?

All of the movies featuring these best Disney Villain Songs are available on Disney Plus.

For the whole family check out 20 Best Movies to Watch on Disney Plus. 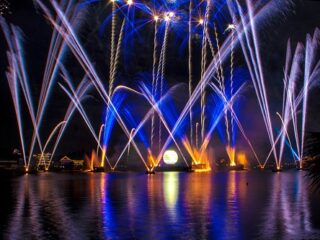 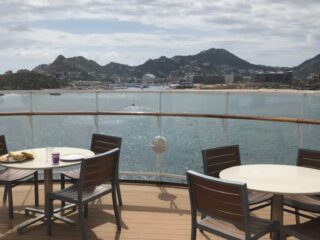 Will Disney Cruise Lines Cancel April and May 2021 Sailings?
Read Next Post →